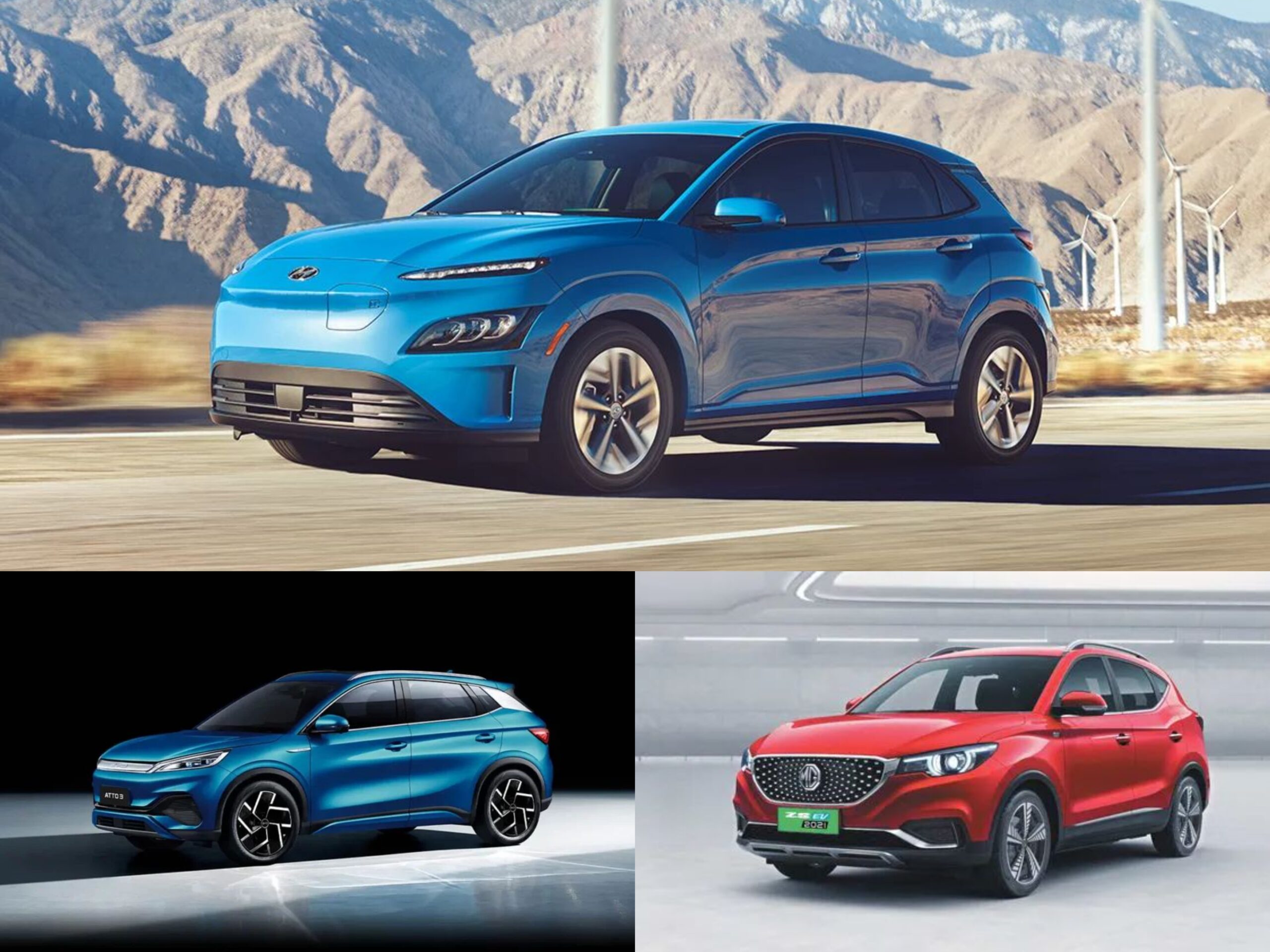 BYD’s Atto 3 is all set for the Indian market launch next month with the deliveries expected to start from January 2023 onwards. Atto 3 will be the second offering from the Chinese carmaker as it already sells e6 MPV in India. Atto 3 will cost around Rs 30 lakh and be pitted against the likes of the Hyundai Kona Electric and MG ZS EV. We compare all these three electric SUVs here to help you make up your mind about which one suits you the most:

Dimensions: In terms of the dimensions, Atto 3 is significantly more substantial than the other two offerings in this comparison. On all critical parameters such as length, width, and wheelbase, Atto 3 wins hands down although when it comes to height, it comes second with ZS EV standing tallest at 1649mm on the ground. MG also comes equipped with the largest boot space and the highest ground clearance. Hyundai Kona, on the other hand, is the smallest SUV here and features the lowest ground clearance of 170mm. Another significant difference between these SUVs is the wheel size with Atto 3 riding on 18-inch wheels while the other two SUVs feature 17-inch wheels.

BYD comes equipped with the largest 60.48 kWh battery pack which helps it to offer the largest 521km of ARAI claimed range. MG and Hyundai, on the other hand, feature 50.3kWh and 39.2kWh batteries with a claimed range of 461 km (ICAT) and 452 km (ARAI) respectively. Unsurprisingly, Atto 3 comes across as the most powerful SUV with 204hp and 310Nm although it’s the Hyundai Kona EV that offers the highest 395Nm of torque despite having the lowest power output (136hp).

3) Charging Times:
As far as charging capabilities are concerned, MG and Hyundai can be charged with the help of a domestic 3-pin socket though you cannot charge BYD with a regular home/office charging point. Using AC fast charger, BYD and MG take almost take comparable times to fully charge the battery. Hyundai takes the least time the charging, but it is due to the fact that it has the smallest capacity battery in this comparison. The use of 80 kW DC fast charger will take 50 minutes to charge Atto 3 up to 80% while both Hyundai and MG make use of 50kW chargers for the fast charging process. Hyundai takes 57 minutes to charge up to 80% of the battery which is only 3 minutes faster than MG despite the latter having a significantly larger battery pack.

With its pricing, BYD does out do all these two EV’s in every single way. The pricing is higher so is everything else offered with the car too. BYD then carves it own niche and segment where the rivals have to significantly step up their game.

Next Generation Maruti Swift Twins Could Get Strong Hybrid Engine

An Electric Bike With No Name – Matter Electric Motorcycle Revealed!