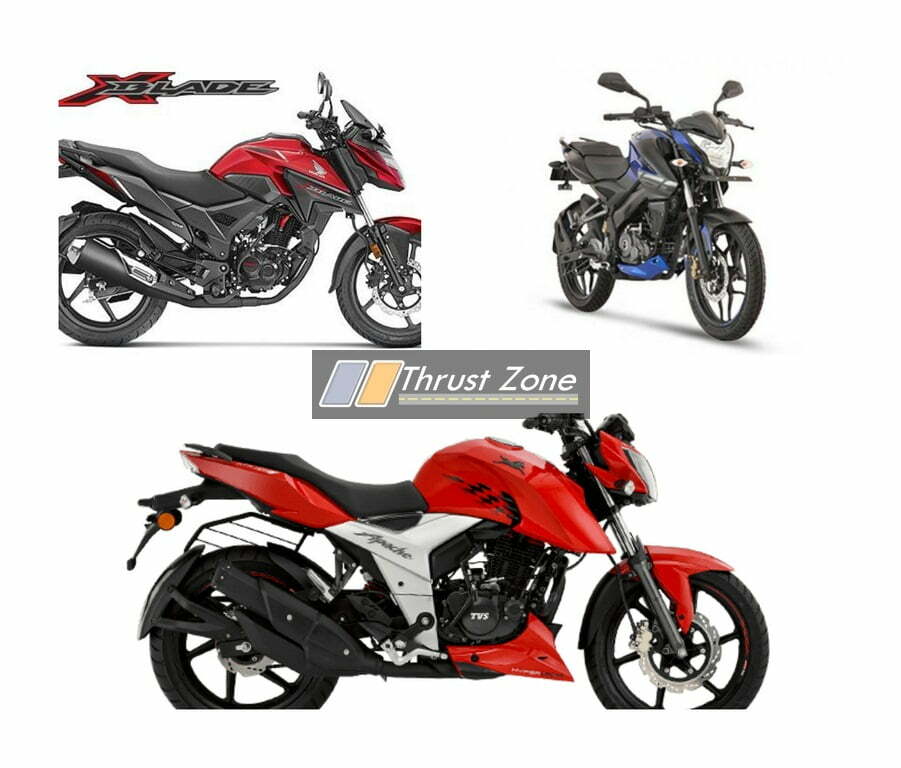 Want to by an entry-level naked bike? Confused between the newly launched TVS Apache RTR 160, Bajaj Pulsar NS 160 and the X-Blade from Honda. Need not worry, we have compared these three bikes for you according to all the details on paper which include everything about the engines, equipments, technical features and the pricing.

Bajaj Pulsar NS 160:
The Pulsar NS 160 is powered by a single-cylinder, 160.3cc, oil-cooled, petrol engine. This mill is capable of producing 15.5 bhp of power and 13.9Nm of torque. This engine is coupled with a five-speed gearbox. 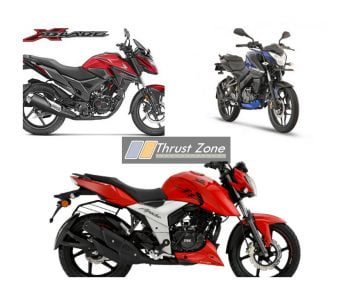 Honda X-Blade:
Powering the Honda X-Blade is the single cylinder, 162.71cc air-cooled petrol engine which churns out 14bhp of power and 13.9Nm of torque.This mill is also coupled with a five-speed gearbox. In comparison with the Apache RTR 160 and the NS 160, the performance of the X-Blade is the lowest. 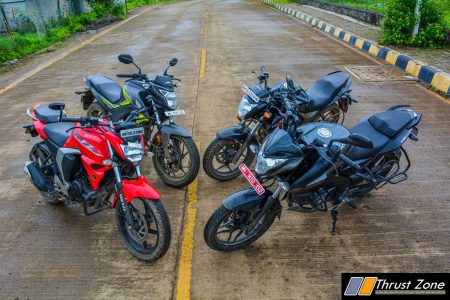 TVS Apache RTR 160:
The Apache RTR 160 gets many of the equipment from the Apache RTR 200 which includes fully-digital instrument cluster, LED tail lights, headlight unit and ‘shotgun’ exhaust. But unlike its elder siblings, it misses on a split seat to a single seat and clip-on handlebar to a conventional handlebar.

Honda X-Blade:
The X-Blade is the only bike between the three which comes equipped with a LED headlight unit. In addition to this Honda has also offered the X-Blade with a LED tail light unit and a fully digital instrument cluster.

TVS Apache RTR 160:
TVS has built the Apache RTR 160 on the split cradle frame which also underpins the RTR 200 4V. In addition to this, TVS used a telescopic fork at the front and Show mono-shock suspension unit at the rear. Braking duties for the fuel injected version are taken care by the 270mm front disc and 200mm rear disc. On the other hand, the Carburetor version misses out on the rear disc. The RTR 160 gets 17-inch alloy wheels with 90/90 tyres at the front while at the rear the FI version/rear disc version gets the 130/70 tyre while the carb/drum version gets the slimmer 110/80 tyres. The TVS Apache RTR 160 gets a 12-litre fuel tank and with all the liquids in it, the kerb weight measures up to 147kg

Bajaj Pulsar NS 160:
Bajaj has built the NS160 on the perimeter frame is more rigid providing better stability and handling. The suspension unit comprises of a telescopic fork at the front and a gas-charged monoshock unit at the rear. Braking duties are taken care by the 240mm front disc and 130mm drum brake unit are the rear. Bajaj offers the NS 160 with a 17-inch alloy wheel with 80/100 tyres at the front and 110/80 tyres at the rear. The Bajaj Pulsar NS 160 has a 12-litre fuel tank and with all the liquid topped up, the kerb weight of this motorcycle measures upto 142 kg. 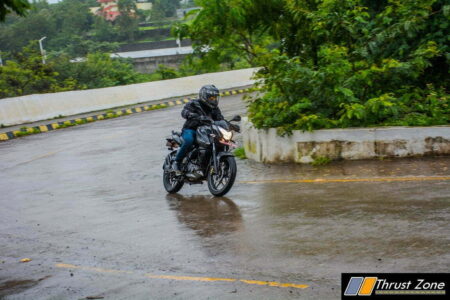 Honda X-Blade:
Honda has built the X-Blade on a diamond type frame. The suspension duties are handled by the telescopic fork unit at the front and the rear gets a monoshock unit. Honda has offered the X-Blade with a 276mm front disc and 130mm drum brake at the rear, but unlike the Hornet, it misses out from the CBS unit. The X-blade also gets 12-litre fuel and with all the liquid topped up the kerb weight scales up to 140kg. Thus making the X-Blade the lightest bike in comparison with the TVS Apache RTR 160 and Bajaj Pulsar NS 160.

Lexus UX SUV Will Give Sleepless Nights To The German Trio!