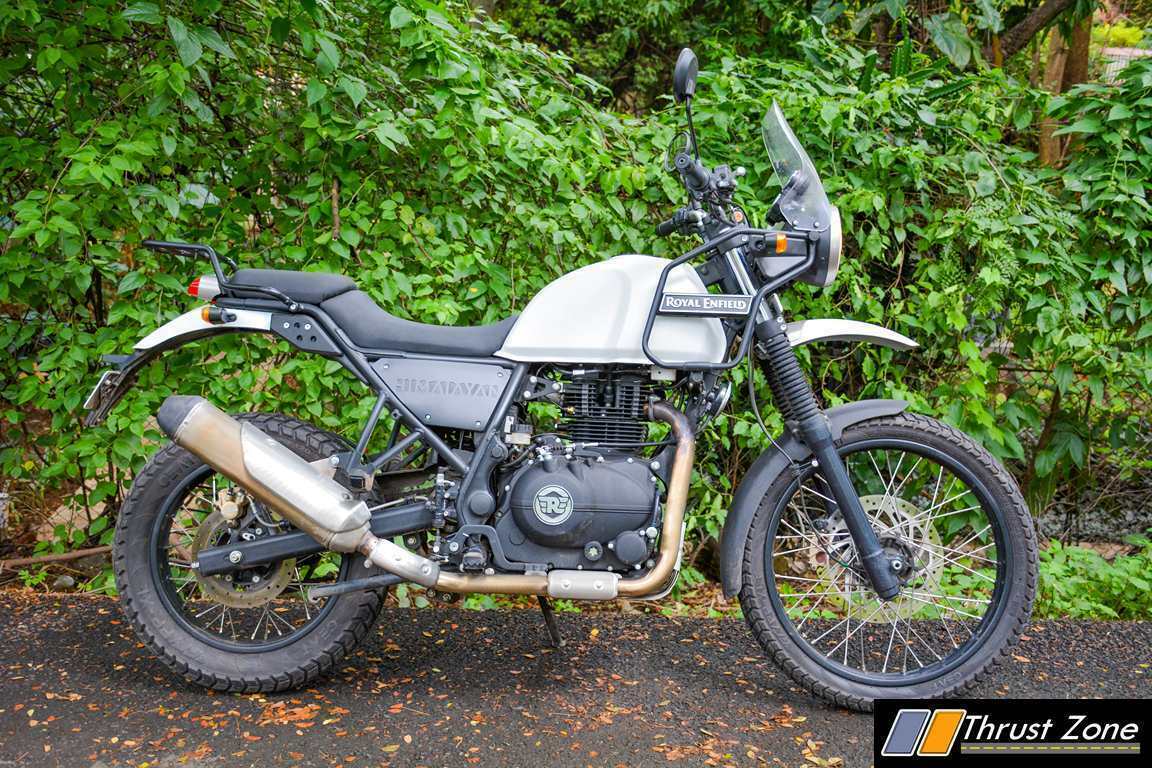 Let’s face the fact that a lot of manufacturers have promised us adventure touring bikes in the 300 to 500 cc category. Some of them are on their way others are still far away. Usually every segment has been kick started by Bajaj Auto but this time it is its arch Rival Royal Enfield that has delivered 400cc adventure touring motorcycle to the masses.

The Himalayan has not been doing well in the country as there have been persistent issues in the motorcycle every area of the vehicle. Be it reliability, quality or finish the Himalayan has suffered quite a bit in its quest to reach here. Reports and not Royal Enfield official statement say the fact that this motorcycle is far more superior than the carburetor version in every single way. 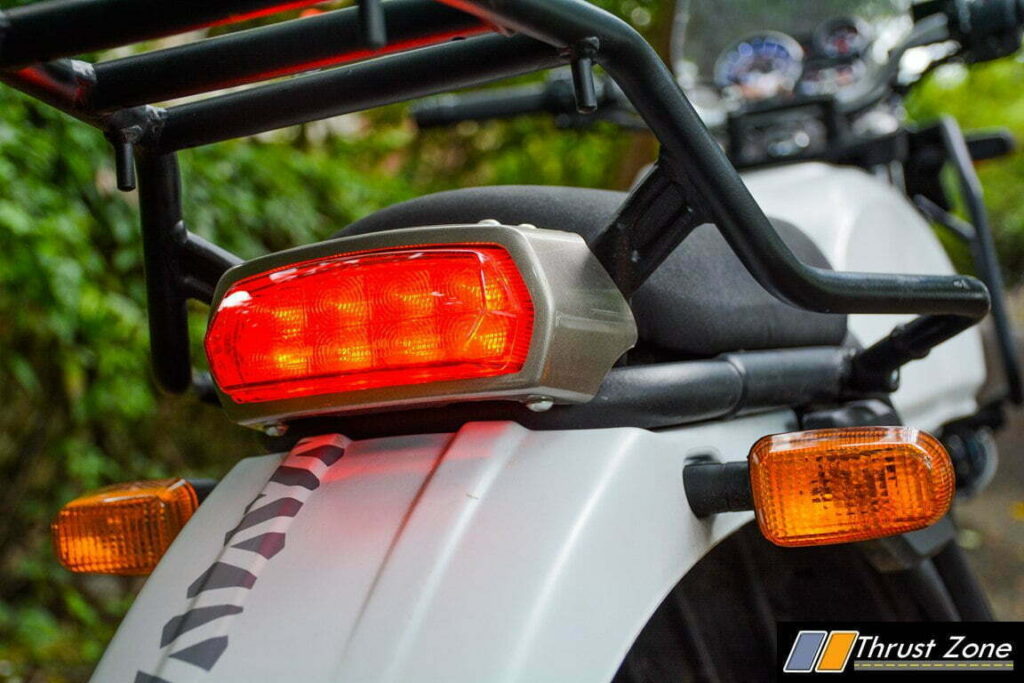 This means that the issues have been taken care of and other tit-bits that have been reported by its customers should disappear with this fuel injected version. We had a good first ride impression of the Himalayan fuel injected motorcycle recently. We pen down the differences. 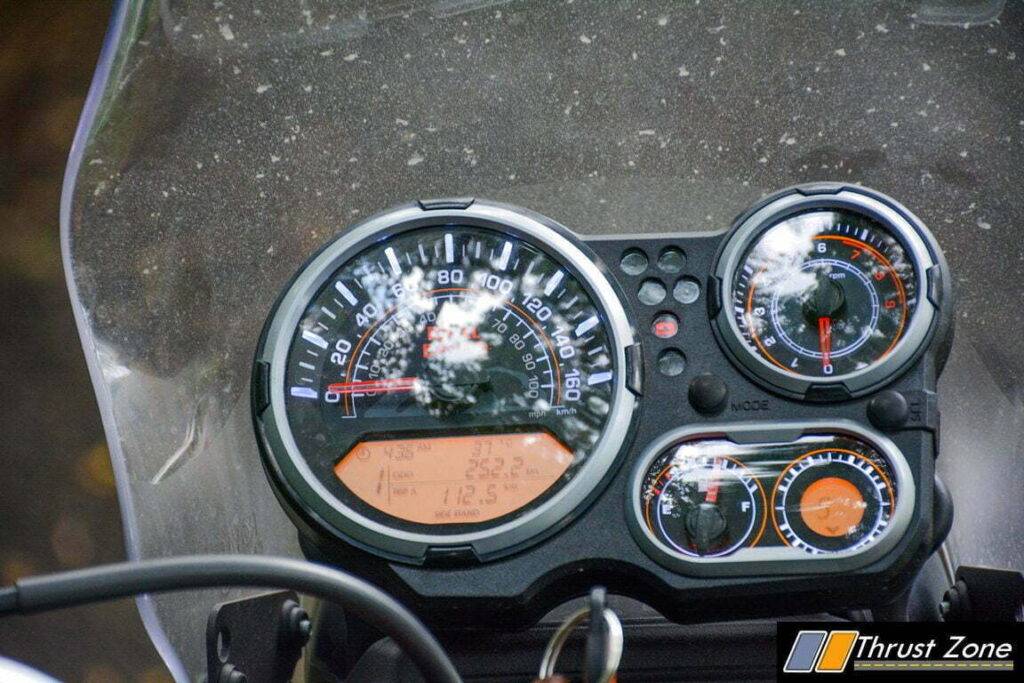 In terms of design, absolutely nothing has changed. There are no new paint schemes or cosmetic changes to the panels. Black and white are the colour schemes are on offer right now. Himalayan continues with its purpose full and form or function design. It does look a bit of Royal Enfield thanks to classic design elements such as round headlamp. There is a tall visor, first a stubby fuel tank and the entire tailpiece has been captured by two large seats and a carrier mounting for a top box. The instrument cluster remains the same and so does the ergonomics. You get a large compass, hazard light switch, fuel efficiency parameters in the clocks along with the speedometer and a tachometer. 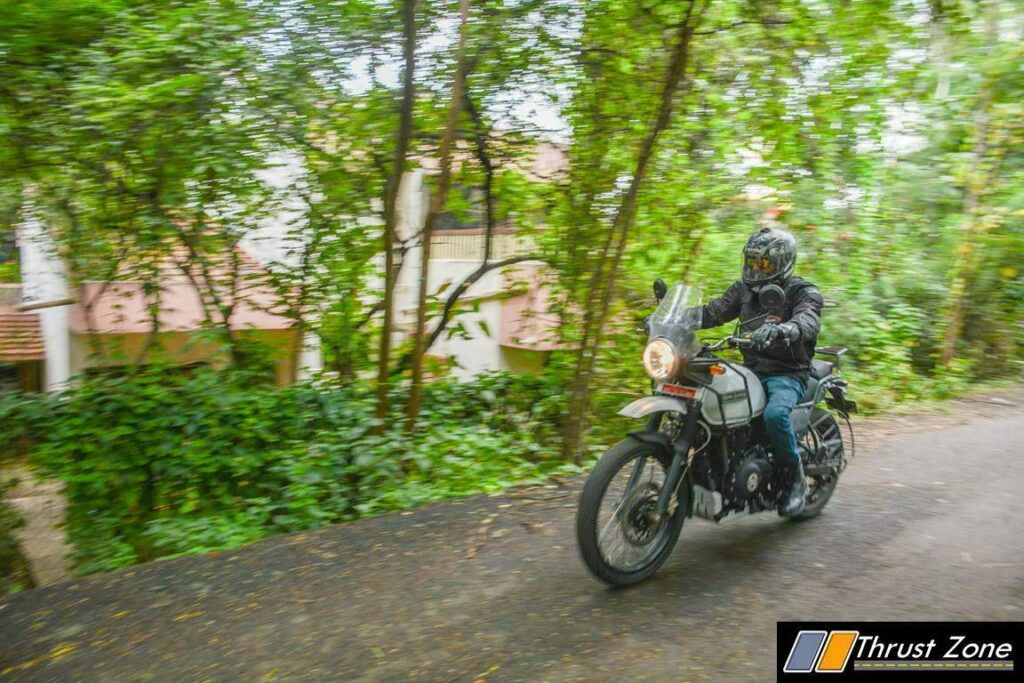 Our first impression with the engine are interesting as we started the motorcycle to hear a smooth sound from the exhaust. Depress the mildly heavy clutch, and engage the tuned and improved gearbox and feel the change. The engine is definitely smoother revs more freely and vibrates a lot less under the 5000 RPM mark. Post that, there are vibrations, but still manageable buy Royal Enfield standards. 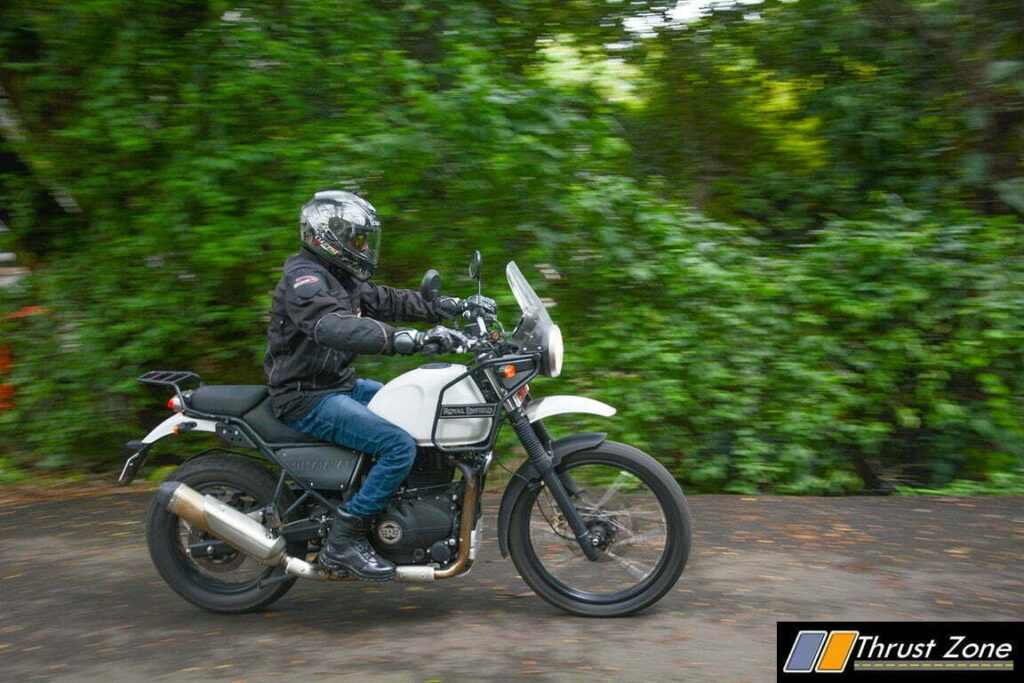 Power and torque figures remain the same so you don’t get a ballistically fast adventure tourer bike. But it can keep up with quarter litre sporty bikes in the segment by a subtle margin. The engine wasn’t really a problem in the Himalayan as it was one of the best features the Royal Enfield motorcycle has ever got till date. 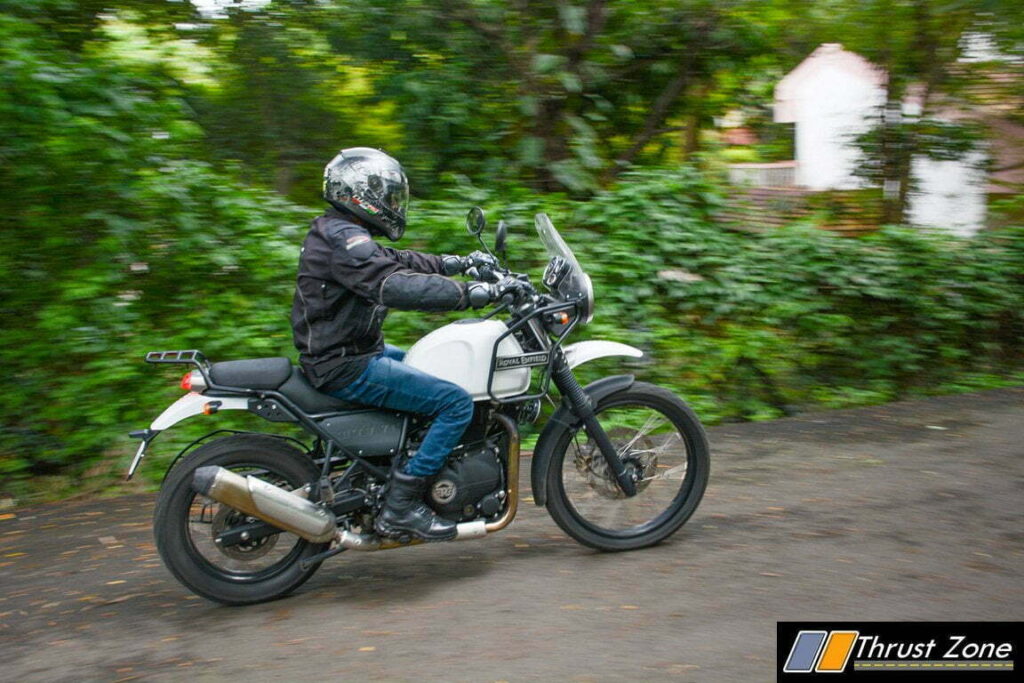 There are been certain changes to the tires, wheels but the suspension remains the same. So you do get a reasonably well tuned chassis that can take sweepers and corners confidently. The bike is nimble in the city, decently agile in the corners and stable at all Highway. Brakes are slightly better than before at both ends. Ride quality continues to be on the stiffer side, but the adjustable suspension can suit as per the riders need. However, the lack of ABS continues. 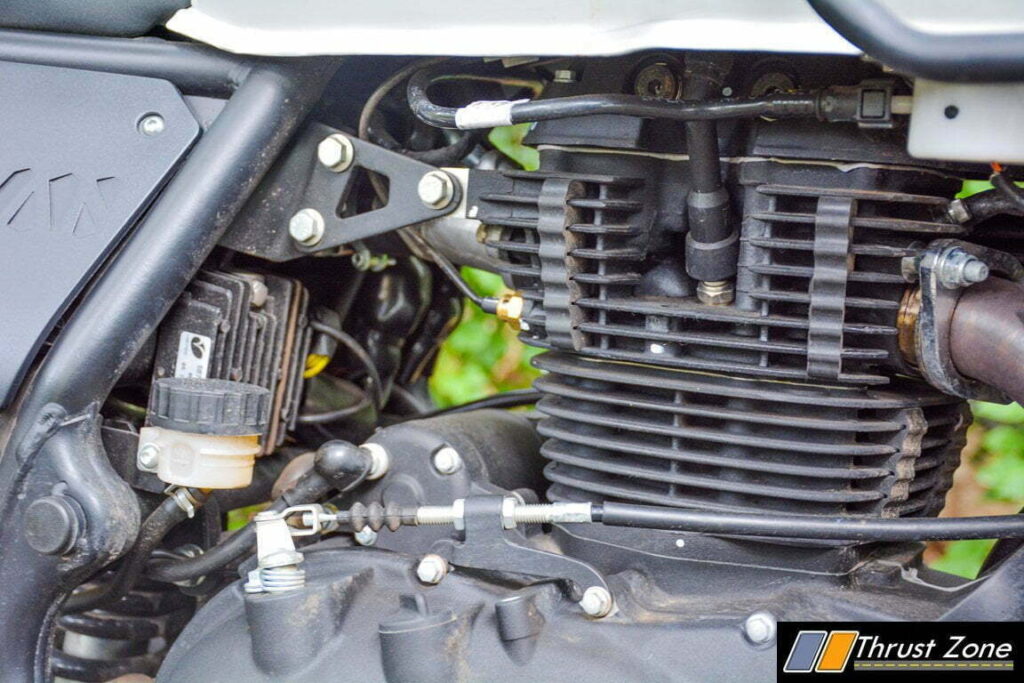 The Royal Enfield Himalayan will be always remembered the first middle weight adventure motorcycle in its category. It may not be the best motorcycle in the category but the fuel injected version aims to be just that. Enfield has always said the fact that this motorcycle is for beginners and not critics and enthusiasts who want more power from their motorcycles. Himalayan then, remains approachable adventure motorcycle for young enthusiast as an all rounder for our streets and riding conditions. The subtle price increase still makes it an affordable buy in the 400cc category.

Read this too: Comprehensive review of the carburetor version here!