Every since Marry Bara, Head of GM came to India with an announcement of One Million Dollars there was hope from GM India. The hope of higher volumes, more dealerships and service networks and much more missing aspects were meant to be filled. One of those spaces was the Spin MPV and a large chunk of hatchbacks, sedans and SUV to come to the market.

Spin was a important car, we all though, but since the MPV market is clearly ruled by only one guy in India given the “Goat following”, which is the Toyota Innova. Despite better products have come and gone, especially more efficient cars, there seems to be no replacement for this MPV. Clearly, the Spin was tossed only because Innova became the champion once again. Coming back to the cars where Toyota doesn’t rule and surprisingly some one else rules, GM want’s to target that area, small cars. 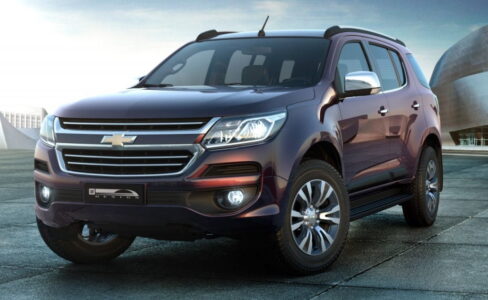 The only truly successful car that GM has sold and built in India is the Chevrolet Beat. BOth in diesel and petrol engines which are unique in their way have made it to the showroom and garages of many people. GM has just made two more products on the Beat platform, including revising the Beat itself. The Beat Activ will be one of it’s kind B segment car that will get the Crossover treatment.

Read this too!: More and detailed analysis of the facelifted TrailBlazer, Here!

Beat Essentia could be the rival the Kite 5 sedan or could be a proper Compact Sedan and rival the Maruti Dzire and Volkswagen Ameo. Third car is the all mighty Cruze, the performance sedan and the muscle car will be replaced by more ASIAN looking car. Hopefully the performance will keep us entertained and so will be the lovely interior. The fourth car is the 2017 TrailBlazer Facelift SUV that has been imported to the country already. These cars can surely help GM. Given their price history, it is can break the market, but will it be too late and too less? Time will tell.