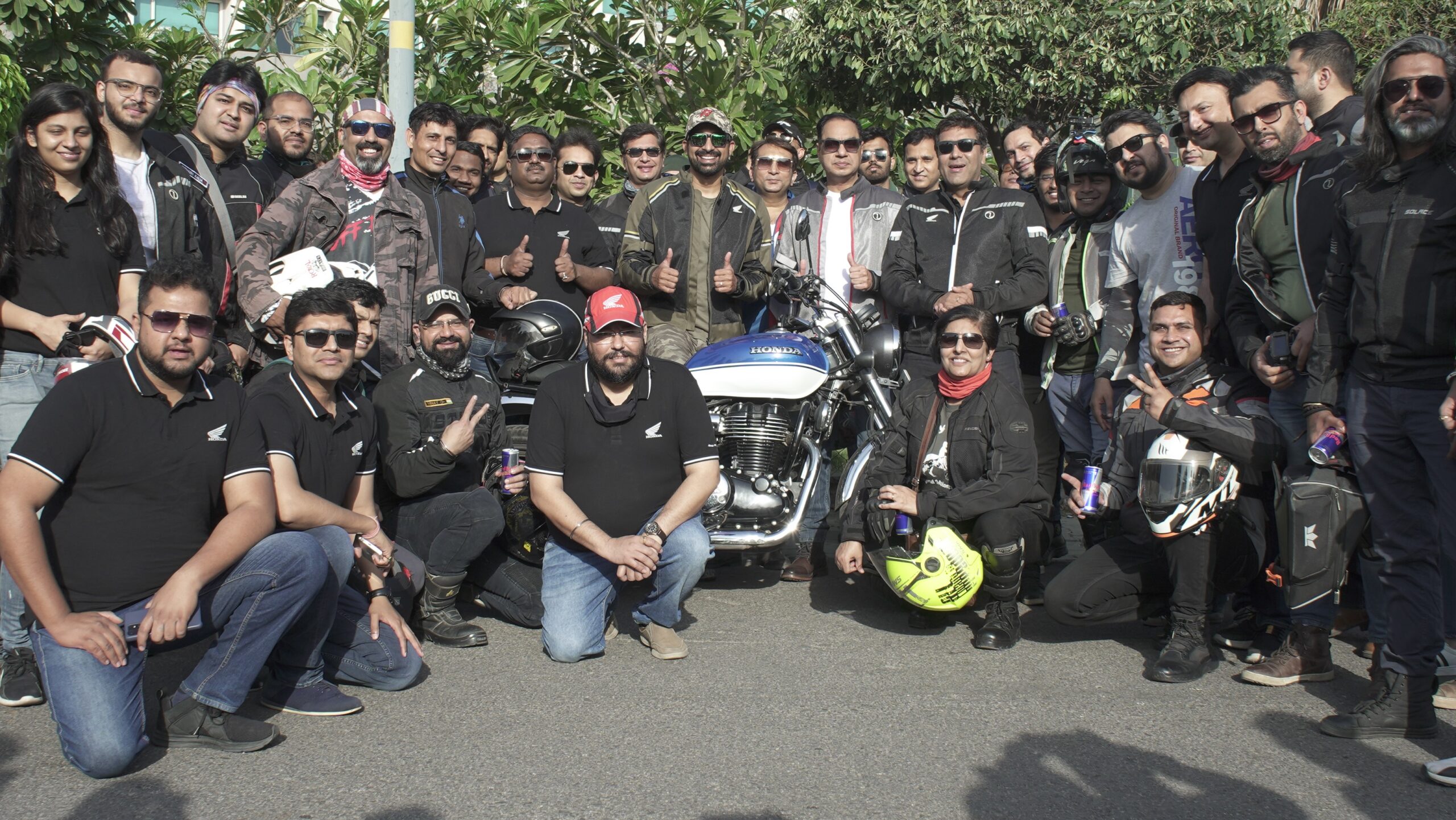 Marking the 75th year of independence while celebrating the courage & sacrifice of the armed forces, Honda Motorcycle & Scooter India flagged off H’ness CB350 ‘Ride for Pride’ in 11 major cities across India in association with 92.7 Big FM radio station.

Over 200 riders participated in this special ride across 11 cities (New Delhi, Jammu, Lucknow, Bareilly, Kolkata, Ranchi, Bengaluru, Chennai, Hyderabad, Mumbai and Pune). Gracing the occasion were distinguished members of the armed forces astride their H’ness CB350, further elevating everyone’s spirits with their life story & anecdotes. Noteworthy, the ride culminated with a felicitation ceremony to honor the special invitees including war-veterans and martyrs’ families.

Sharing his excitement during the ride, Mr. Yadvinder Singh Guleria, Director – Sales & Marketing, Honda Motorcycle & Scooter India Pvt. Ltd., said, “The H’ness CB350 ‘Ride for Pride’ celebrates the courage & sacrifice of the armed forces and salutes the families of these brave hearts. Their unbridled devotion for national defense is a symbolic roar for millions of Indians to feel inspired and lead a life of courage & integrity. It is a matter of pride for us as we celebrate H’ness CB350 first anniversary milestone with members from the armed forces joining us in this ride. Revving up the excitement, ‘Ride for Pride’ is a token of respect & honor from team Honda 2Wheelers India to the Armed forces.”

With a powerful engine and unmatched performance, H’ness CB350 delivers on its promise albeit with an unmistakable roar. The commanding riding stance & stability automatically instils confidence in the rider. Remarkably, customer response remains a testimony of the trust & love earned by H’ness CB350 in such a short span of time.

Further amplifying the pride for its riders, H’ness CB350 anniversary edition was launched as the motorcycle completed successful first year of its launch. The golden themed emblems incorporated on the tank & side panel, brown colored dual seat and chrome side-stand accentuate the motorcycle’s golden heritage. The special edition is available in two color options of Pearl Igneous Black and Matt Marshal Green Metallic.

No Price Protection For Most Buyers – Kia Carens Price Increased