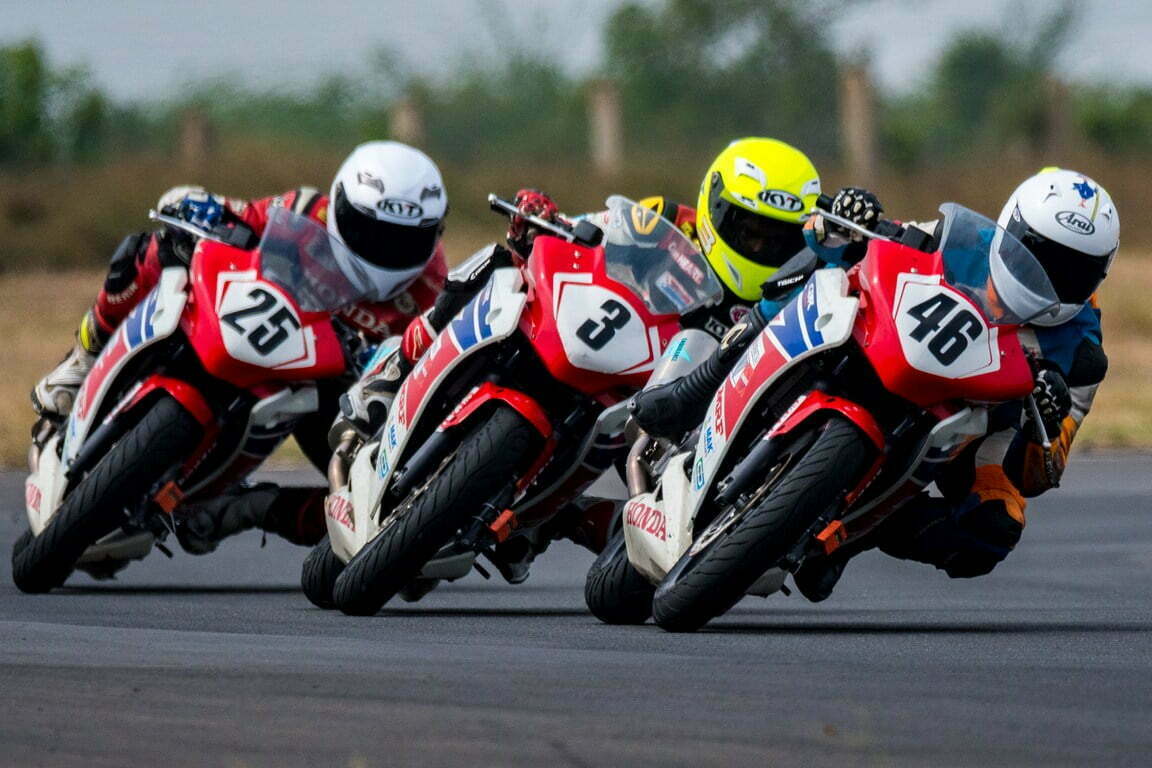 Honda One Make Race Celebrates 10’th Edition, the competition gets tougher day by day and season by season as riders throw their best on the track

Honda One Make Race is back and begins with Kari race track in Coimbatore. Motorsport enthusiasts will race from June 9 onwards, which ends up marking the beginning of the motorsports season as Honda leads the racing culture in India with total of 80 entries across India.

The three new categories of National Championship will see India’s best racers racing on the CBR motorcycles. Honda’s arsenal in the Super Sport Indian 165 (modified) class will be led by Rajiv S (participants 250RR ARRC Championship 2017 and Pro-Stock 165 Champion 2016) and Mathana Kumar (250R- HOMR Championship 2016). The Pro-Stock 165 (Open) will witness 4 CBR 150R’s on the grid while Stock 165 (Novice) will have 4 racers leading the battle on the grid.

Honda’s flagship CBR 250R Team Championship will see intense competition between 20 racers, 4 teams such as the Apex Racing, Ten 10 Racing, Pro Lap Racing and Rock Star Racing. The grid will boast of India’s top notch racing talent including Rajiv S, Anish D Shetty and Piyush Ranjan among others while CBR 150R group will see participation from 40 riders, who have undergone extensive racing training from Honda Ten10 Racing Academy or any other training school recognized by Madras Motor Sports Club as they race for the top-spot.

Meanwhile, both the CBR 250R and the CBR 150R categories, continue to emerge as a nursery for young talent to showcase their potential. Developed with technical know-how provided by Honda’s Indian R&D team, both motorcycles are set to scorch the Madras Motor Race Track beginning this weekend. The new racing version of the CBR 250R got an upgraded Honda racing kit which includes wiring harness with remapping option, advanced racing body cowl kit and equipped with endurance exhaust. The new CBR 150R gets a reprogrammed ECU. The next round of Honda One Make Race is scheduled for 08-10th July 2017 at Madras Motor Race Track, Chennai.