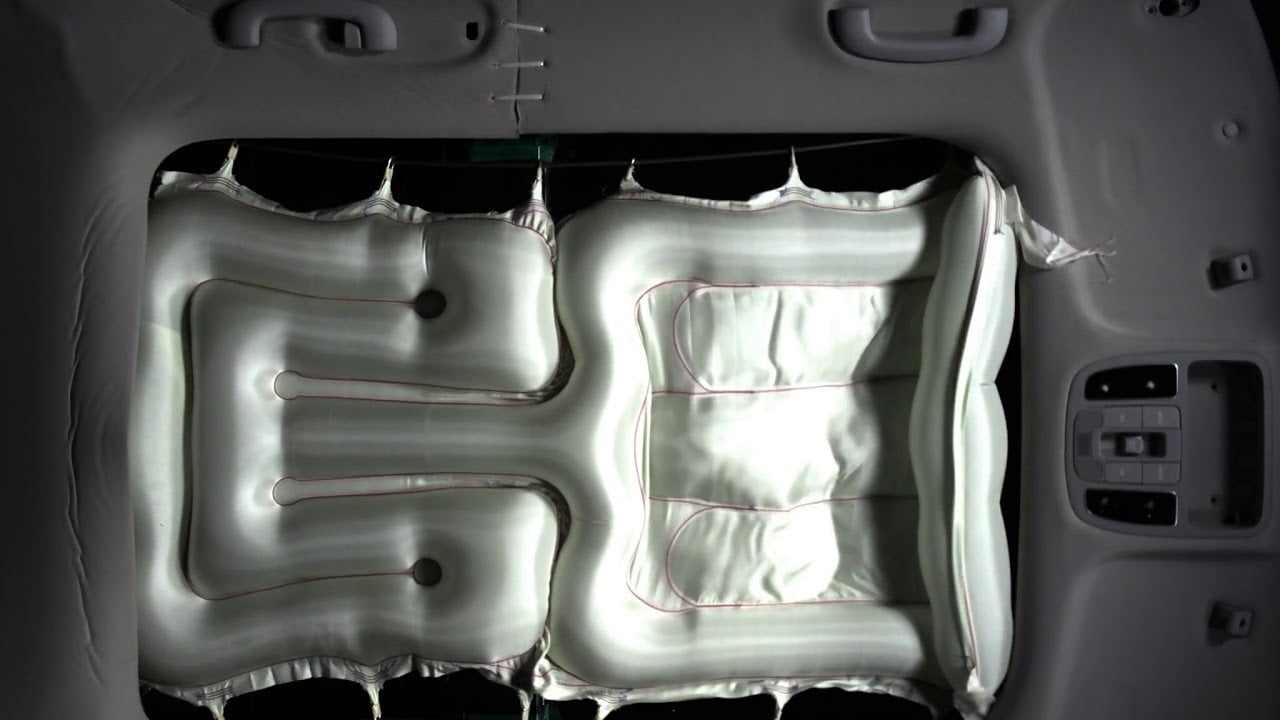 Nowadays, safety has become the utmost priority while buying a car, and most of the manufacturers are improving safety standards in their vehicles out of which one of them is called Airbag. This safety device comes in various forms-Knee, Front, Side and Roof airbag, all of which serve one purpose, to protect the passenger in case of an accident. Hyundai Mobis, the component supplier for the Korean car manufacturer Hyundai is taking this one step further by introducing a one of its kind panaroma sunroof airbag, that deploys when the vehicle is rolled over.

Designed basically to prevent occupants from getting thrown out, the sunroof airbag deploys within 0.08 seconds and covers the entire sunroof area, if it detects a rollover. The system relies on Sensors fitted in the car that help in monitoring the turning angle and detecting a rollover. It also mitigates the risk of occupants suffering deadly head injuries during a crash.

The Panaroma sunroof airbag is installed inside the sunroof and is deployed towards the front. The airbag resembles the curtain airbag, that deploys when there is a broadside collision. Implementing this system claims to possess more technological difficulty, as the engineers at Hyundai Mobis were finding it difficult to find space to install the system between the sunroof. Moreover, the airbag had to be designed in such a way that it does not affect the deployment, even if the sunroof is open or closed.

Since 2002, Hyundai Mobis has been mass producing airbags, and has showcased cutting edge airbag technologies such as the 4th Gen advanced airbag and inter-passenger airbag, for the safety of the occupants. With the Panorama sunroof airbag, the company has filed 11 patents for the improvement of this technology and is expected to come with the next-gen Genesis and Kona Crossover.

Mahindra E20 Plus Get Virtual Reality OnBoard To Make The Experience Of Driving Snazzier!