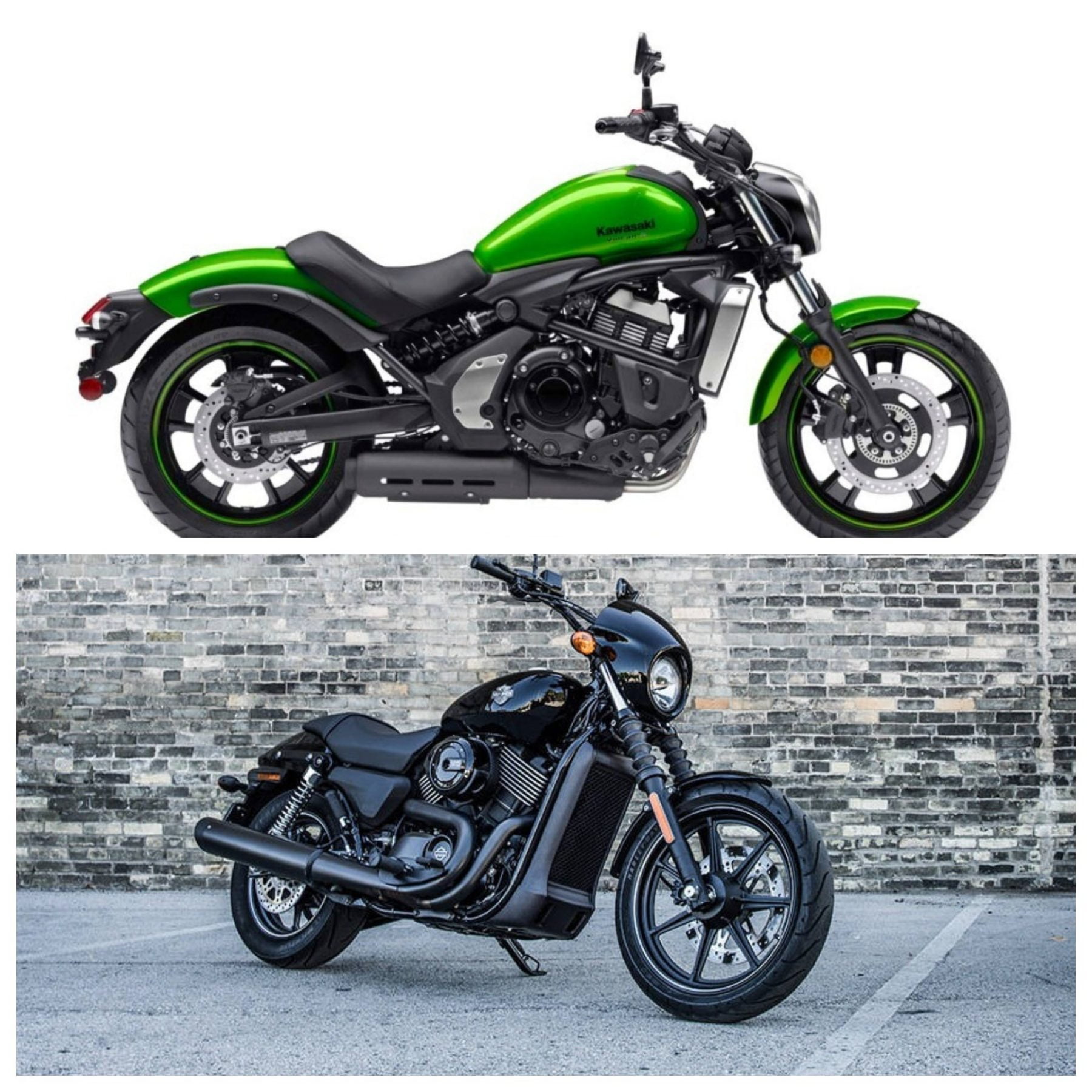 We have been telling you for a long time that one day the Vulcan 650 S will make it to the Indian market and today it has. The most versatile platform Kawasaki ever made has spawned all types of motorcycles. The platform has all bikes with the same parallel-twin 650cc engine which makes around 60 PS of power. Adventure touring, naked, sports tourer and now a cruiser.

The manufacturer has launched it at a good price. However, it has a rival waiting for it here since 2014. The Harley-Davidson Street 750 has had a fair share of hits and misses in the country. While most of it is negative, it does have its positives. Harley has improved it a lot over the years in terms of quality and refinement. Street 750 has a whole host of changes to make it more appealing. Styling wise both are standard and typical cruisers. Long and intimidating in their respective classes, the styling makes them stand out. 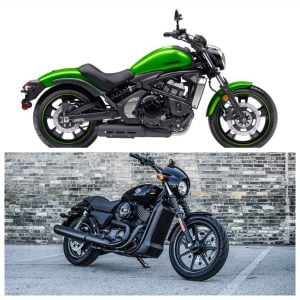 The elements are very different though which makes one look like a traditional cruiser while the other modern cruiser. We are talking about Harley and Kawasaki respectively. From now, it’s all about numbers so let them do the talking. Vulcan may fall down on numbers but the Harley doesn’t (How American) but Vulcan is based on a platform of engine which is known for its refinement which the latter doesn’t. We will bring you a shootout most likely, as in, how they feel to ride. Now soak in the numbers!

Read this too: Brand new colors of Street 750 launched

Read this too: 2018 HD Softial range launched in India

Read this too: Harley Concept Store in Maharashtra

Read this too: Sportser range launched 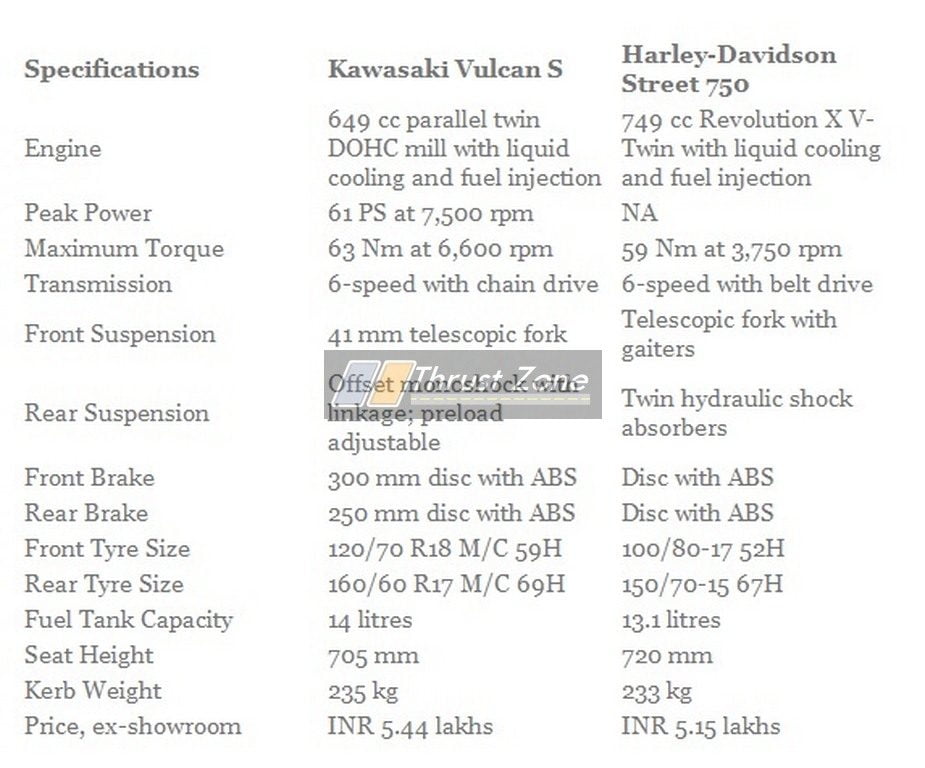