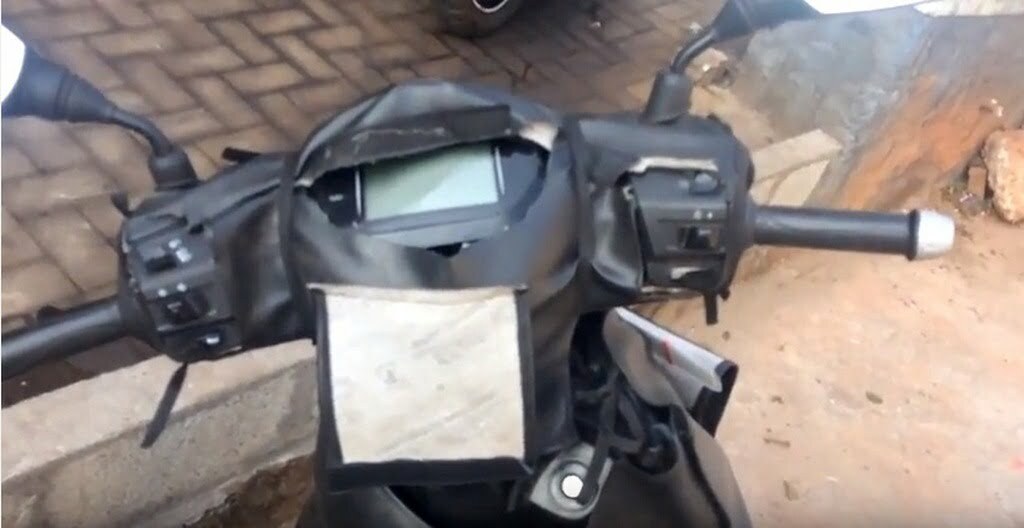 New TVS Scooter could be a 125 or 150cc but manages to keep up or outrun, the Aprilia SR150 scooter, the best in the industry right now

The new TVS Graphite concept was showcased at 2014 Auto expo and now this concept is heading into production. The new TVS Graphite concept created a huge thrill at the 2014 Auto expo. Fans loved the funky machine with the racing spirit. After seeing the success of the Aprilia 150 in the Indian Market it might have triggered TVS to make the decision to start the production of the TVS graphite scooter.

New TVS Scooter is promising good aesthetics and is loaded with features. New TVS Scooter was spied testing in Karnataka and could receive same features as seen in the concept. Today, again it has been spied in Mangalore. This will include LED console displays, an engine immobilizer and a smart electronic key along with Bluetooth. 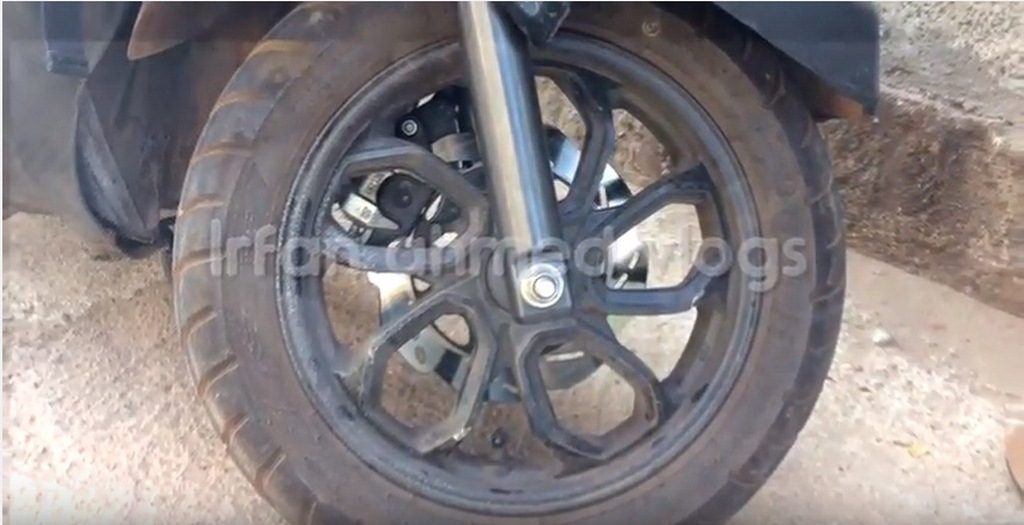 Till now there is no news about the engine specifications of the TVS Graphite. What we expect is that it will feature a 150cc, 3/4-valve SOHC engine with a carburetor. It could also get an AMT gearbox as seen on the concept. CVT is a standard option that can TVS go with as well. The TVS graphite will be a performance oriented scooter as it has been doing speeds over 110 kmph. 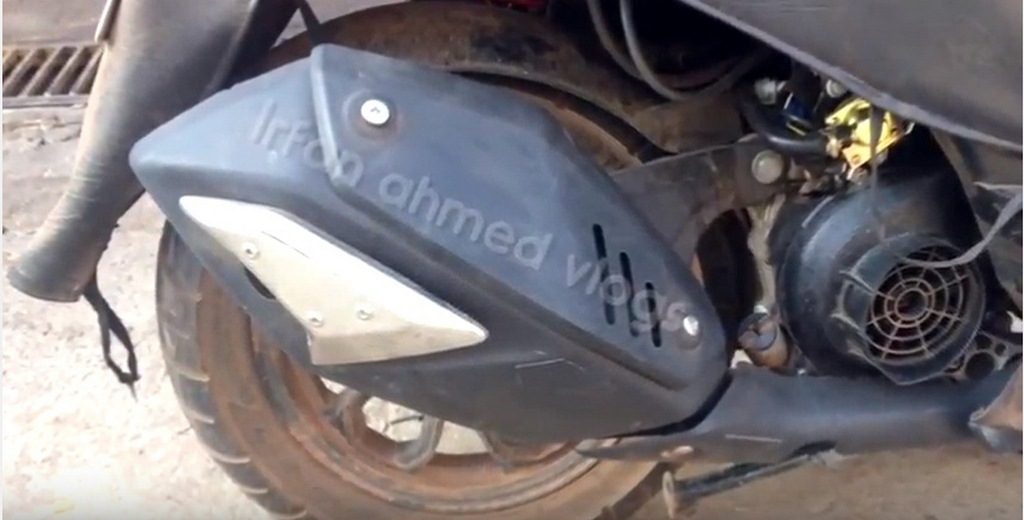 The TVS graphite will be built on a new platform and was inspired by a whole host of features which will include digital tachometer, speedo and much more. This gets an underbone frame with high tensile steel which results. The TVS Graphite gets a 130mm telescopic suspension at front and gas charged damper at the rear. As far as braking is concerned the TVS Graphite the front comes with disc brake and the rear has drum brakes.

Some other features that were noted are smart lines, split grab rail, floorboard mounted fuel tank cap and a sleek headlamp. Front handlebar fairing gets flush mounted turn indicators. The scooter should be seriously impressive and if its a 125cc, Honda Grazia is going to have a tough time. If its a 150cc, Aprilia sure has some serious competition coming.