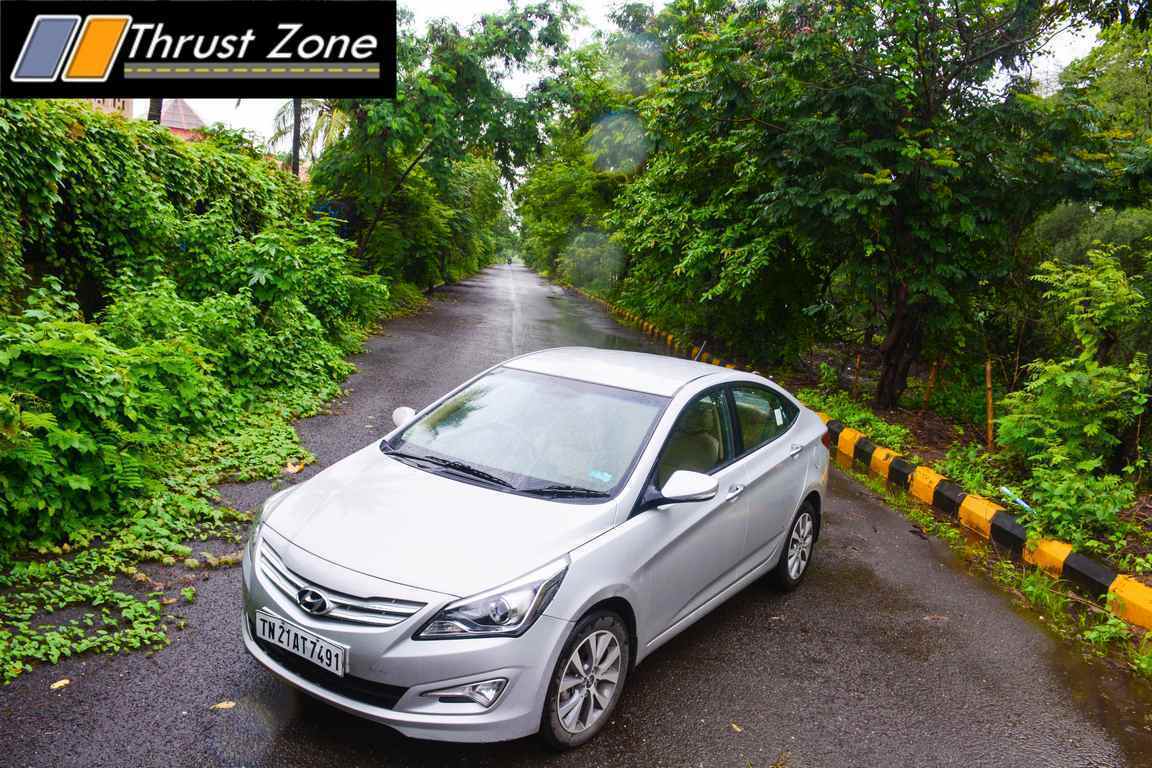 Let’s keep it short and simple shall we? We have seen various reports on the Verna 4S post launch. We drove it last year as well for a short period. This time we spend some quality time with it to tell you what the Verna 4S is really like. The Verna 4S has to be most evolved Verna since the Verna first came in 2011. Verna is an important product before the Creta came to the market and joined the Hyundai stable.

Since the Creta is an SUV version of the Verna on paper, the Verna has seen a backlash in sales. Partly due to the competition, which is far more superior in various aspects from the likes Maruti and Honda. Despite all of this it still half the numbers of that did in the past and loyalty towards the product by customers can be witnessed. Let’s look at the high and low points and hope for the low points to vanish in the next generation car. 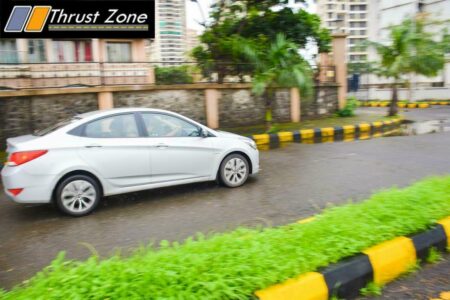 High points
One of the major aspect any Hyundai car sells of the showroom is how easy is to drive. Clutch, steering and gearbox is light and smooth respectively. The NVH level of the petrol or diesel variants are surreal. There isn’t any intrusion at any speeds and even at redline it rather ends up making pleasant noises for the focused driver. Mileage of 16.7 km/l on the highway with moderately heavy foot and 12.6 km/l in the city makes it quite an efficient car in its segment when it comes to real life numbers.

The design is another fact that seem to be aging well. A total of three alterations of the Verna came. A simple projector headlight equipped with LED came in the year 2014 when the Honda City arrived. The new 4S came in 2015 with redone head and tail lamps along with new bumpers and grille. The coupé look, small window line and clean lines and large footprint still grab attention in the right colors.

USB, AUX, Bluetooth and infotainment system work well, but the screen isn’t a touch unit and the fonts and layout of the dashboard and textures used are way too dated now. Bluetooth connection could be faster as well. IRVM on the inside is electronic and has day and night feature which works flawlessly. Keyless entry is another boon that the Verna comes with. Boot space is solid 500 litres with a practical layout makes it ideal to throw everything you got when going for a holiday.

Dynamically, the suspension has been sorted dramatically. Ride quality and handling at slow and medium speeds is good. Push it harder and it shows a bit of body roll, but well controlled. However, it still bounces at the rear when the speeds are far north side of 120 km/hr. A proper tuning to the chassis and this problem seems reversible. Something we expect in the next generation Verna. 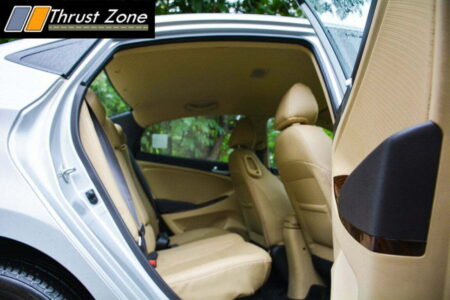 Low points.
The major grudge we have with are the seats. No lumbar support, the seats at the front clearly lack support in every area for drivers and as well passengers. Looks like they were made for people not taller than 5’5 because the lack of support makes the passenger feel every undulation of the roads at high or low speeds which isn’t something to be proud of.

Rear seats lack under thigh support by a good margin. Recline of the seats is way to far, the windows are quite small and both these make things dingy inside the cabin. Overall, except the for driver, not the best place to be in for long rides. The lack of touch screen and rear A/C vent unit continues with this model. What wins our heart back again is the quality and the rattle free nature of this abused car. Spare wheel being a steel unit isn’t the best thing that we expected with the car of this size and price.

Overall, what do we think of the Verna 4S facelift. Well, it is strong in certain areas that it peers cannot match for some time now. Something that is a Hyundai trait. The ease of use, the class leading refinement levels and feature list along with great plush quality all around makes it a compelling package indeed.

However, the car can be near perfect if the chassis and steering could get along better with other bits that we just mentioned. Overall, the styling and the strong points keep the Verna 4S rolling out of the showrooms, but it isn’t enough and that’s why we cannot wait for the next generation to come in and going by what it looks like on the outside, the 2017 model will clearly ace it everywhere! Good Luck Guys!