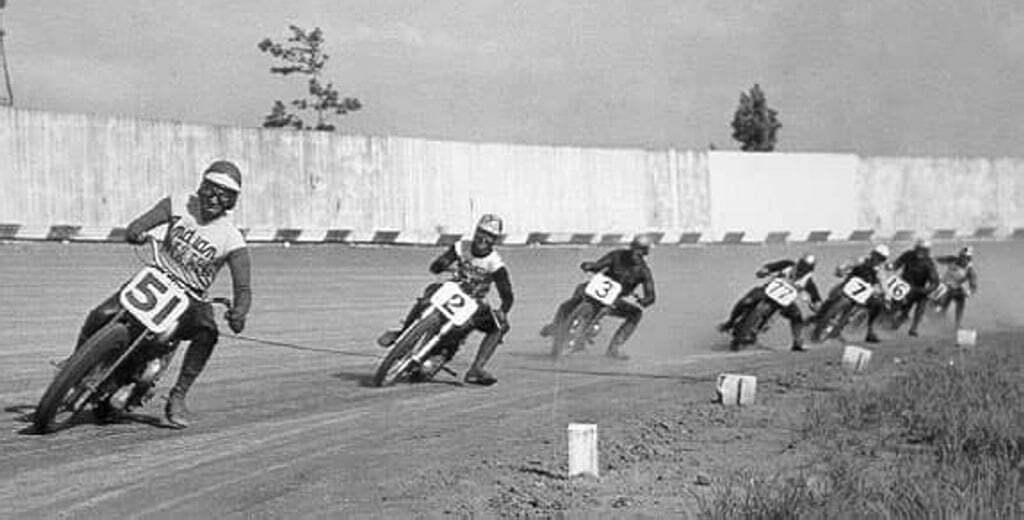 Indian Motorcycles Return To Racing, the cruiser motorcycle makers who recently came to India are participating with new engines and riders

Indian Motorcycles, whether most of us know it or not, is one a kind manufacturer who has made cruisers with solid engineering and a lot of soul and passion. The brand was known to be an iconic one and it continues to do today too as it revival has just begun and they have entered all countries worldwide. What Indian also did despite making great cruiser motorcycles in every category, was racing. The last time Indian Motorcycles raced any kind of bike, was in the year 1950’s. The racing team was the infamous flat track wrecking crew. However, this time around all of that is set to change because with the funds of Polaris and profits of the recent past, This time there will be purpose-built flat tracker that will begin racing in the AMA Pro Flat Track series.

All of this started in Springfield Mile in 1953 where Bill Tuman, Bobby Hill and Ernie Beckman of the Indian wrecking crew. Bill Tuman leaded the pack in the 1951 Richmond 10 mile national. This time, Indian also announced that Jared Mees, multi-time AMA Grand National Champion, will be the test rider for the Indian Motorcycle Racing Team. He will begin piloting the new race motorcycle in races this year and will be ready for a full race schedule in 2017.

Technical details of what and how it will happen remain thin, However, there is something which Indian Motorcycles say that the bike will be powered by a 750cc liquid-cooled, which will be purpose built for racing. Racing enthusiast say that there are eight AMA Pro Flat Track races left for this season, but when it was asked when and where the company will take part, the manufacturer declined to say which races it would take part in this year for now.

In the early times of the 1940s and 50s, Indian Motorcycles dominated the sport with iconic riders such as Bill Tuman, Bobby Hill and Ernie Beckman. Needless to say, that the company’s re-entry into flat track racing will also reignite the flame war with arch rival Harley-Davidson. Polaris is doing a great job of pushing the money into the right zones and projects and continues to pay homage to the brand’s rich history in every single way, which now includes racing!

2016 Honda Amaze Facelift, Sales and All Other Details Here