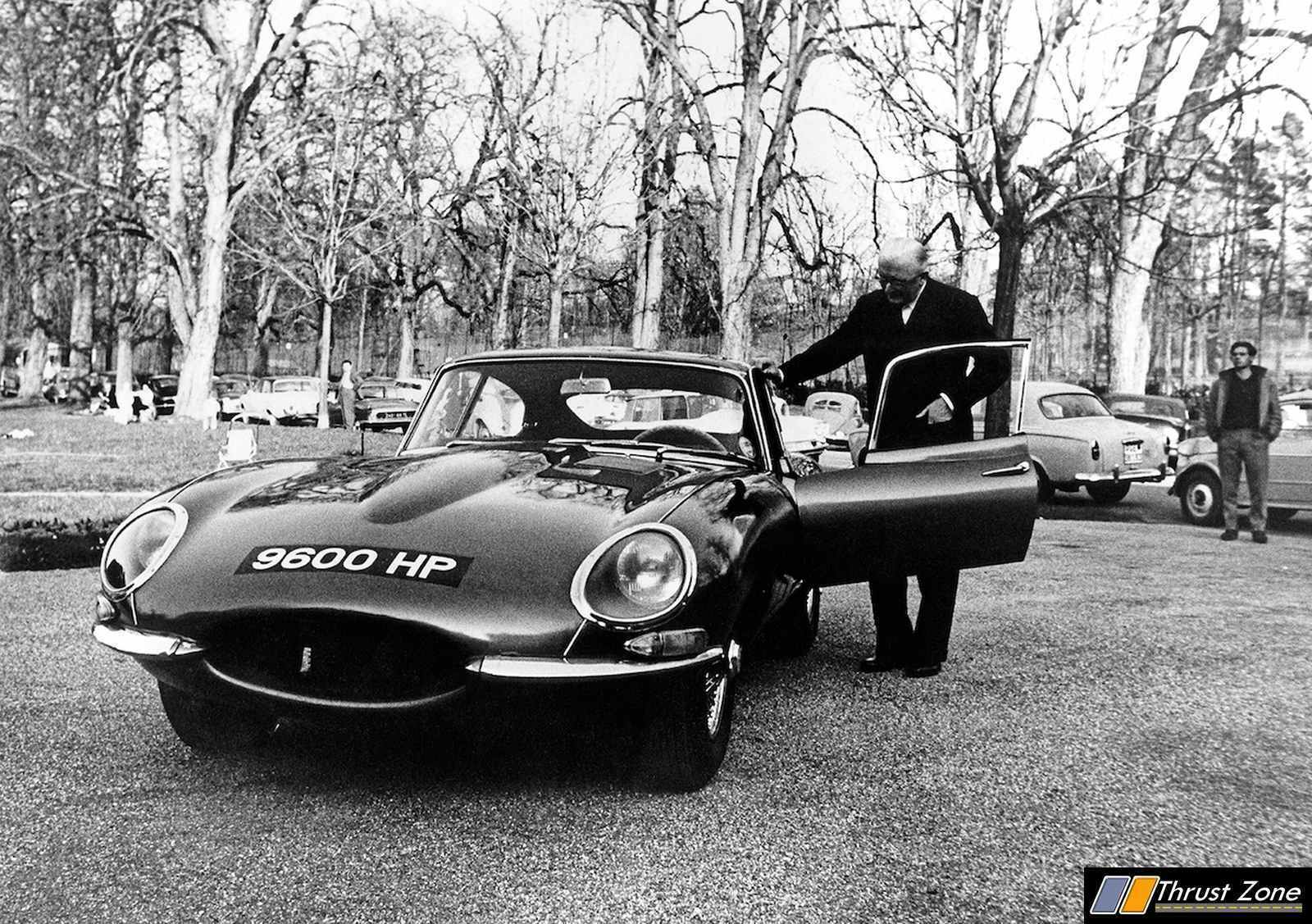 Jaguar Classic will create six matched pairs of E-types to celebrate the iconic sports car’s 60th anniversary in 2021: the E-type 60 Collection. Each pair of E-type 60 Edition cars pay tribute to two of the oldest and most famous Jaguar E-types of all: ‘9600 HP’ and ‘77 RW’, which played pivotal roles in the unveiling of the car at its world debut in Geneva, Switzerland in March 1961.

An Opalescent Gunmetal Grey 3.8 l Fixed-Head Coupe registered ‘9600 HP’ was one of the first two E-types unveiled to specially-invited guests at the Parc des Eaux Vives. Driven ‘flat out’ to Switzerland from Coventry the night before the launch, public relations manager Bob Berry arrived with minutes to spare for demonstration drives. With an outstanding reaction to the E-type resulting in overwhelming demand for drives with Berry, legendary Jaguar Test and Development Engineer Norman Dewis was told to ‘drop everything’ and drive a British Racing Green 3.8 l roadster registered ‘77 RW’ overnight from Coventry to Geneva.

Both cars were also used for media road tests, which proved the car’s sensational performance – including its 241.4km/h (150 mph) top speed – matched its jet aircraft-inspired lines honed in a wind tunnel by aerodynamicist Malcolm Sayer. Every E-type 60 Edition built by the team at Jaguar’s Classic Works facility in Warwickshire will be an existing 1960s 3.8 l E-type fully-restored to exclusive 60th anniversary tribute specification.

Each E-type 60 Collection pair will include one Flat Out Grey ‘9600 HP’ coupe and one Drop Everything Green ‘77 RW’ roadster, with unique paint formulations exclusively reserved for these cars. Each E-type 60 Edition will feature a number of 60th anniversary commemorative design details created in conjunction with Jaguar Design Director Julian Thomson. Synonymous with the revolutionary zeitgeist of the Swinging Sixties, E-types were owned by celebrities including Steve McQueen, Brigitte Bardot, Frank Sinatra, George Harrison, Tony Curtis and Britt Ekland. And, thanks to the beauty of its sculptural forms, its functionality and its impact on design, an E-type became only the third car to join The Museum of Modern Art’s design collection in 1996. 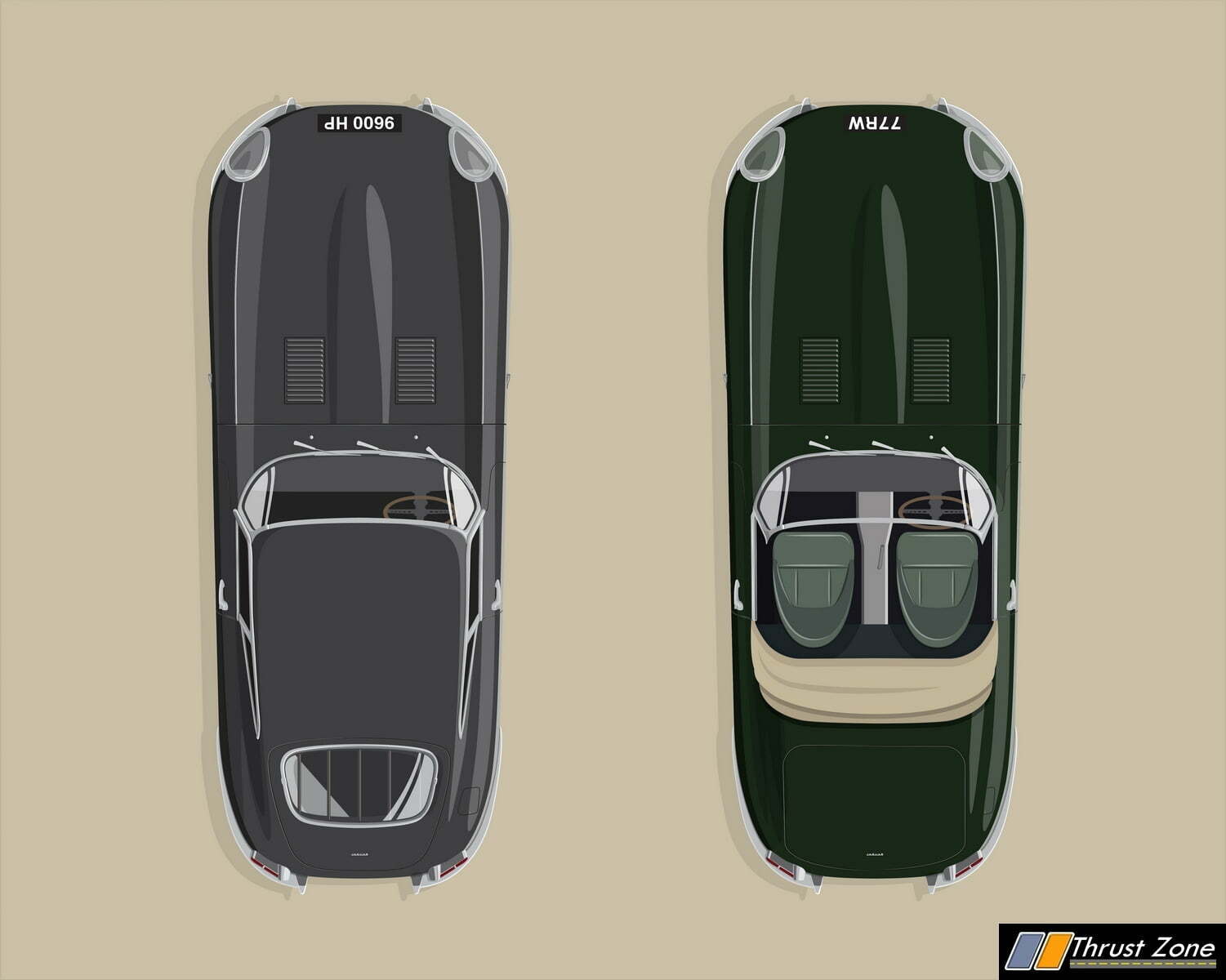 Dan Pink, Director of Jaguar Classic, said: “The Jaguar E-type is a genuine icon, as sensational today as the moment it was unveiled in 1961. It’s testament to the E-type’s advanced design and engineering that it can still be enjoyed and admired as passionately almost 60 years on.

“The E-type 60 Collection is a lasting tribute for E-type admirers, honouring the car’s legacy and the achievements of the team that created it – many of whom have descendants working for Jaguar Classic today, expertly restoring, maintaining and future-proofing enjoyment for generations to come.”

Jaguar Classic is the world’s number one source of genuine parts and owner services for the E-type – from health-checks and sympathetic upgrades to restoring expertly selected examples to ‘Reborn’ specification, meticulously returning them to as-new condition.