Kawasaki Radar System To Be Applied To Motorcycle – Making Thing Safer Or Complicated? 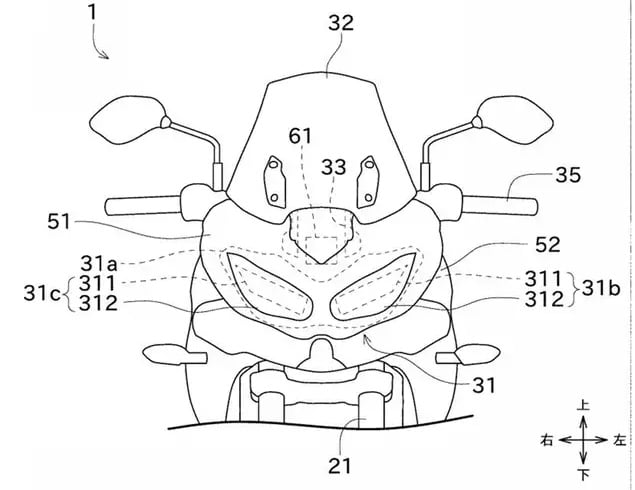 Kawasaki Radar System To Be Applied To Motorcycle at the front and rear should make things safer on paper. But this does makes things complex as riding is different than driving

The radar-assisted safety system is the latest trend catching up with bike manufacturers. From Ducati to KTM to Suzuki, all companies are putting their best foot forward to integrate this new technology. Kawasaki is not behind either and the images from the patent application of the company give away what’s company take on it.

The principle used by bike manufacturers to integrate radar system is similar to what we have seen in cars. A radar unit will be mounted in the fairing of the bike and it will measure the distance from the front vehicle by bouncing off the waves while calculating the closing speed. The operation will be assisted by electronic throttles and a modern ABS system and in fact is an opportunity for the manufacturers to provide adaptive cruise control to their customers. The same technology works in cars as it allows the vehicle to keep a constant distance from the front vehicle and when need arises, applies the brake automatically to avoid a collision.

Rear radars are not common in four-wheelers though they would be quite useful in bikes. Just like the front radar, the rear unit also measures the distance between the bike and the approaching vehicle although it is not integrated with throttle or braking system. Rather what it does is to alert the rider about the dangerously fast approaching vehicle; thereby providing the rider with a window of opportunity to get out of the way.

German Engineering Company Bosch is the driving force behind the integration of the radar system in the two-wheeler industry. The company is open to supply its technology to any of the manufacturers who is willing to pay for it. Kawasaki sources its traction control and ABS system from the Bosch and is likely to adopt Bosch’s radar system too. Let’s see how this turns out to be in the real world.