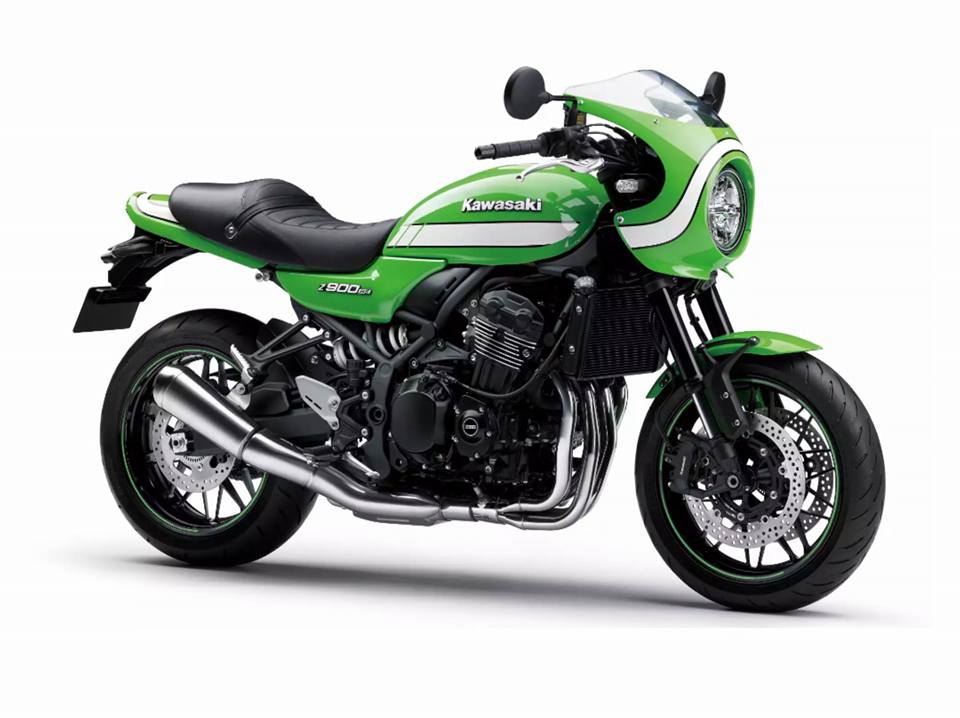 Kawasaki Z900 RS Cafe Racer Revealed, Looks Lovely and we wish it reaches our shores in some time as it is really tempting

Kawasaki has finally taken the wraps off the Z900 RS Cafe which is based on the Z900 RS that was showcased at the 2017 Tokyo Motor Show. The all new retro looking Z900 RS is the one and only retro themed model in Kawasaki’s portfolio as for now. Kawasaki has come with two versions of its 1970s Z1 encouraged Z900 RS at the EICMA in Milan. What Kawasaki has done is they have taken the Z900 RS and lowered the handlebar for a sportier and much aggressive riding position and to complete the whole package they added a very traditional looking Cafe Racer fairing.

Other bits that make the bike look like a hot shot cafe racer is the humped seat, and the ultra loud green color that’s exclusive to the Kawasaki Z900RS cafe with broad old-school white stripes which take us back to the 70s. The Kawasaki Z900 RS Cafe Racer shares the same, Z900 based, inline four mill that powers the Z900 RS. The engine in the Z900 makes 125 bhp, however, in the Z900RS, the motor has been revamped to make only 111 bhp. The Z900 RS Cafe Racer also gets traction control and an assist and slipper clutch. The Z900RS also gets the same features.