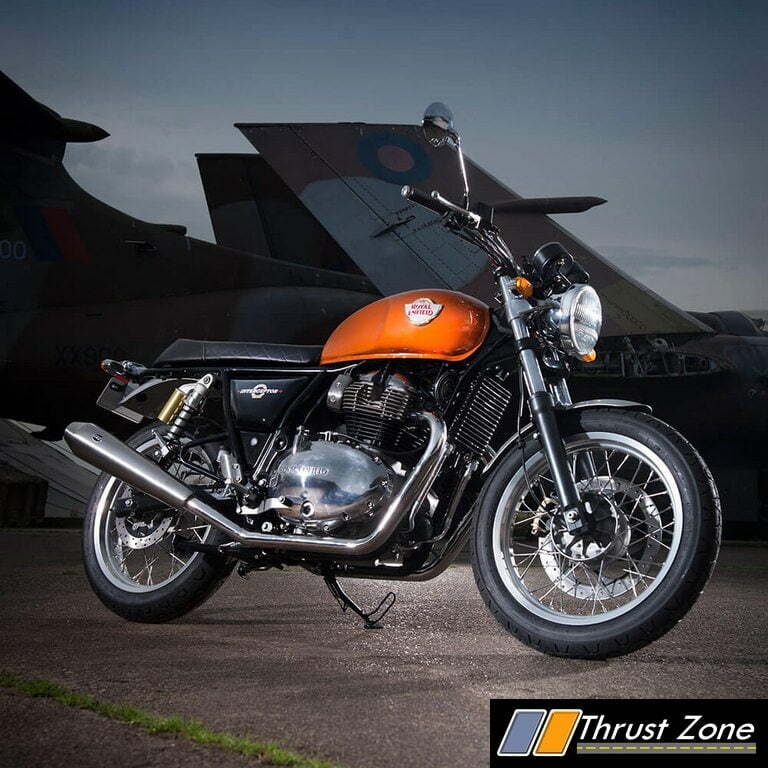 Royal Enfield (RE) Interceptor 650 is one of the most iconic two-wheelers available for sale in India. However, we have also found some errant issues on Interceptor 650 which RE should take a look and improve upon. Here’s is the list.

1) Oddly placed Foot Pegs: By positioning the foot pegs right underneath the rider, RE has made life difficult for the riders. One has to space the feet apart to avoid hitting the pegs and especially in the peak traffic hours; this wide placement of feet could prove to be dangerous.

2) Soft Stock seat: The stock seat on Interceptor 650 is too soft to provide comfort during the long tours. In fact, the seat sags even after half an hour of a ride in the city and then it becomes uncomfortable to carry on without a much necessary break. Perhaps replacing the stock seat with touring seat can do the trick and provide comfort for uninterrupted long trips.

3) Average Headlight: The headlight of the Interceptor 650 just about adequate. It’s quite ok in the city after the sunset but when it comes to night touring, the performance of the headlight falls short of the expectation. If you are a fan of covering long distances in the night, then you should look for some good aftermarket fix for this issue.

4) Omission of Gearshift Indicator and Clock: The addition of gear shift indicator and a clock would certainly have made the things better on Interceptor 650.

5) Erratic Fuel Gauge: The erratic response of fuel gauge bar makes it less trustworthy and dependable. The bars usually hold on to their position for the longest possible time and drops considerably at once, leaving the rider quite confused about the actual fuel level.

6) Vulnerable Electricals: The electric switches of the bike are not well insulated as water seeps into them whenever the bike is washed. The situation leads to malfunctioning of the lights on the instrument cluster for a day or two after which the system come back to its normal working position. Similarly, the horn button also tends to malfunction at times, requiring an extra effort to do its job.

7) Odd position of Handlebars: The stock handlebars on the bike are placed too far away, resulting in an uncomfortable posture for the rider with completely stretched out arms. The position is not comfortable for the long runs and hence, definitely warrants a change. Further adding to the ergonomics woes is the narrow fuel tank and wide pegs which make for an uncomfortable riding stance.

8) Right Side Rear View Mirror: Not so good visibility from the right-hand side rear view mirror although the one on the left side does the job satisfactorily. Due to the brake fluid reservoir, the right side mirror has been placed closer to the rider and it takes a good amount of time and adjustment for getting a good rear view.

9) Engine Hiccups: Encountering an issue related to poor power delivery between 1,600-1,900 rpm though we believe it is specific to our bike only. The issue may be due to the tappets and should get resolved on our next visit to the service center.

10) Rusting Issue: The issue of rusting is an irritant especially when it starts appearing on just a two-month-old bike. The Brembo rotor on the bike got rusty in no time and even the newly replaced one has started showing signs of rust.

Despite all the aforementioned issues, we think Interceptor 650 is the best bike one can get under Rs 3 lakh. The charm of 650cc, parallel twin engine is beyond resistance and can easily make up for all niggles we have encountered on Interceptor 650.

Skoda Shield Plus Is Yet Another Peace Of Mind Initiative, Now For Six Years!