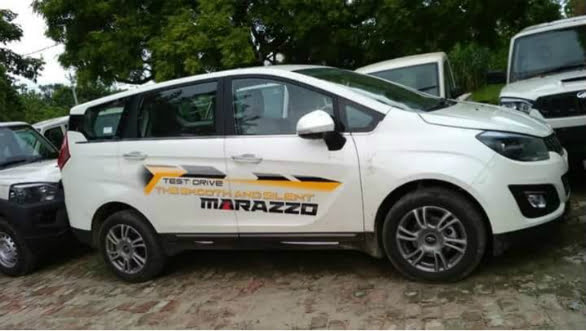 Mahindra Marazzo MPV launch is set as MPV arrives in dealerships and shows some serious threat to its rivals.

Manufacturers in India are already gearing up for big launches. The Indian SUV manufacturer Mahindra is likely to showcase a few exciting cars very soon. One of the cars that is most likely to be on company’s stand is their awaited Mahindra Marazzo MPV.

The Toyota Innova Crysta has enjoyed quite a success in the popular MPV market, Mahindra too wants to join the party with their new MPV. Mahindra’s previous attempt to catch a glimpse of the MUV/MPV segment with the Xylo was a bit of a hit and miss. The Xylo didn’t quite make a mark and now is also nearing the end of its lifecycle. The upcoming Marazzo will slot just above the Xylo and will come as a premium offering.

There have been a spree of spy images circulating on the internet of the Marazzo. The car features 3-row seating and will be offered in either 7 or 8-seater layout. They also show the headlights of the car which are identical to the ones found on the new Imperio pickup. The front of the car gets tall bumpers and pronounced air intakes with provision for fog lamps. What’s interesting is that this will be Mahindra’s first monocoque MPV and will be very different than their previous MPV, the Xylo. 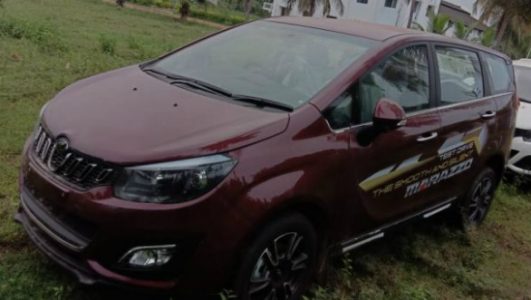 The Mahindra Marazzo MPV is likely to be propelled via a completely new 1.5 litre engine which Mahindra jointly develop with Ssangyong. This new oil-burner is expected to produce a healthy power output of around 120-130 bhp and 300-350 Nm of torque. The Mahindra Marazzo MPV is scheduled to launch on September 3 this year. According to the reports the car will fall in the price range of 10-15 lacs.