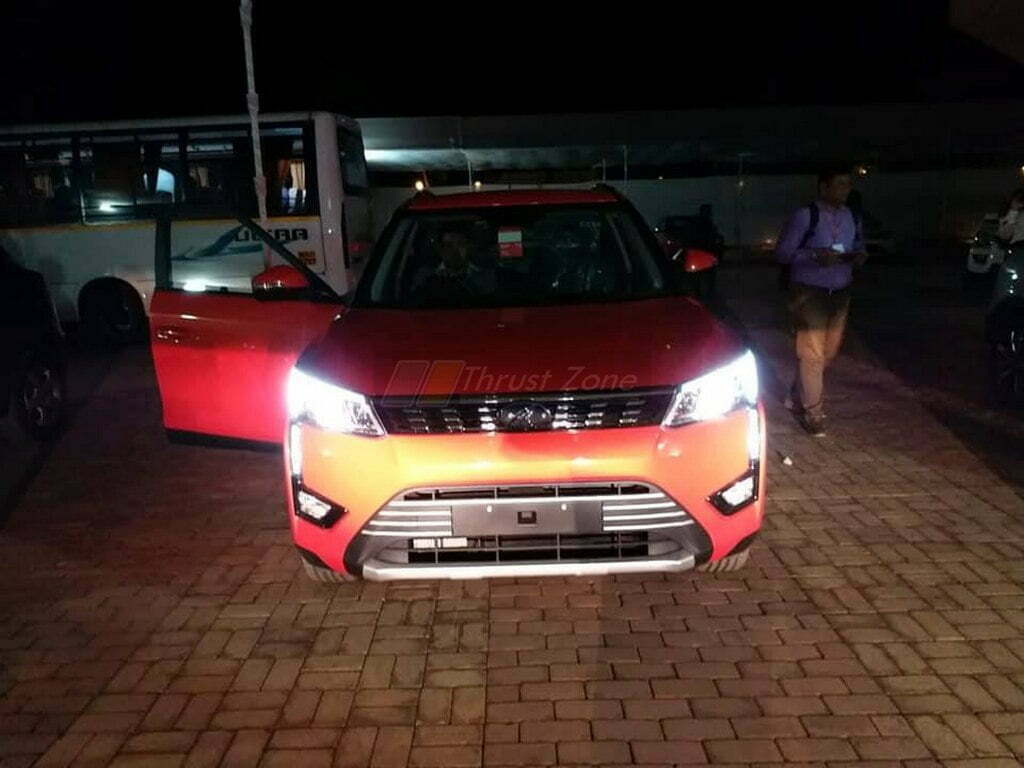 Mahindra has been testing a new SUV for the Indian market with the code name S201 which is based on the SsangYong Tivoli for a long time now. Earlier, it was reported that this new SUV will come in two body styles that are a smaller sub four-meter compact version to take head on with the Maruti Suzuki Vitara Brezza, Ford Ecosport and Tata Nexon and a slightly larger model which will rival the Hyundai Creta. For now, let’s look at the first live images of the car from a dealership.

When we see the pics we can observe that the XUV 300 is a sub four meter SUV In order to keep not only the SUV but also the cost compact, the compact XUV 300 will share most of its body panels including the doors with the Ssangyong Tivoli. However, we can see in the pictures that the design and styling is unique and looks quite impressive. The horizontally placed tail lamps and a different design for the rear bumper. This compact SUV will share nice chunky tires and a high ground clearance too.

The XUV300 shares its platform with the SsangYong Tivoli which is a globally successful product that has sold over 260,000 vehicles in 50+ countries since its launch in 2015. The Tivoli has also received multiple safety and ergonomic awards including a Grade 1 (highest) safety award from the 2015 KNCAP (Korean New Car Assessment Program), automotive safety test. The XUV 300 gets 7 airbags on offer. Ready to stand aside the Nexon as a 5-star NCAP rated car.

Mahindra XUV 300 will share the same 1.2 Litre turbo petrol motor along with a 1.5 litre diesel engine as the elder brother. Although there is not much news about the transmission but we can surely say that the petrol and diesel variant will come with a manual transmission. Automatic is going to be later in the pipeline. Mahindra is being expected to bring the XUV 300 with an expected price of around Rs. 5 Lakhs to begin with and reach upto 10 lakhs.

Features will distinguish the SUV from its rival by a tremendous margin. Sunroof, best in class infotainment system with android auto and apple car play and many more unique features from the new Marazzo. The XUV300 will be manufactured at the company’s manufacturing facility at Nasik, in Maharashtra and will be launched in the 1st half of February 2019.