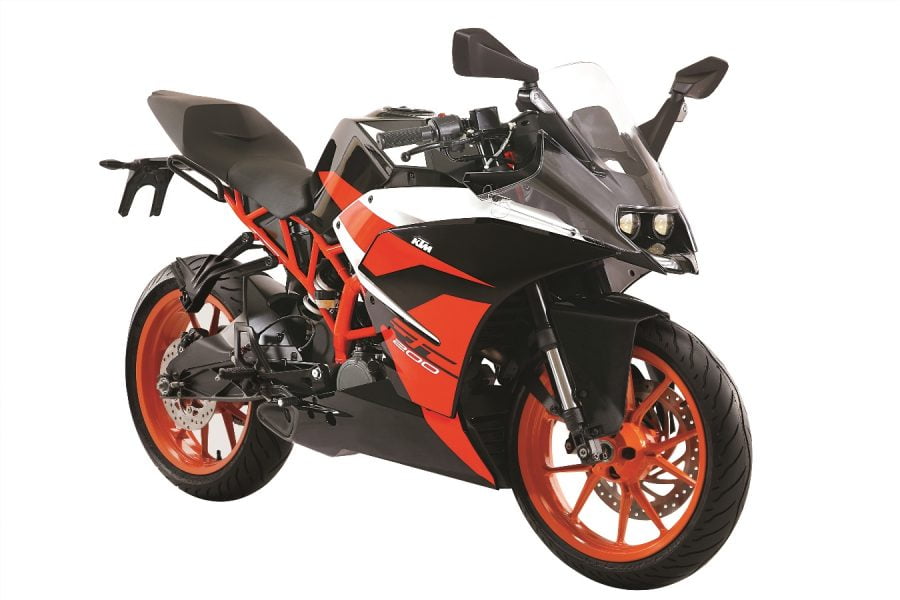 2019 KTM RC 200 ABS launch and price details are confirmed from multiple dealerships expecting bookings and deliveries are to begin shortly.

KTM RC200 has finally received the safety update in terms of a single-channel ABS unit. We had witnessed a similar update on the Duke 200 in November last year and now the RC200 has got the desirable safety feature of ABS, albeit a single-channel. KTM has priced new RC200 ABS at Rs 1.88 lakh (ex-showroom, Delhi) which is around Rs 9000 costlier than its previous price tag of Rs 1.79 lakh which didn’t come with ABS feature.

Just for you know, the new safety norms are coming into effect from the upcoming April 1, 2019. According to the new regulations, all the motorcycles above the capacity of 125cc need to be updated with ABS as a standard part of the equipment. For the bikes up to the capacity of 125cc, the installation of CBS has been made mandatory. The ABS fitted on the RC200 has been sourced from the Bosch and being a single-channel, the unit works only on the front wheel.

Except for the addition of ABS, the bike continues to feature the same styling, decals, equipment, engine, transmission, and suspension hardware. The bike comes powered by a 199cc, single-cylinder, liquid-cooled engine which is capable of putting out 25.8bhp and 19.2Nm of max power and max torque respectively. The engine is mated to a 6-speed gearbox unit. The suspension duty on the RC200 is handled by 43mm upside-down (USD) forks in the front and adjustable monoshock unit at the rear.
The dealers of the company across the country have already started accepting bookings for the new RC200. The sales of the older non-ABS version will continue till the stock lasts or by the end of the upcoming March. In the Indian market, the KTM RC200 is pitted against the likes of Honda CBR250R and Yamaha R15 V3 among others.