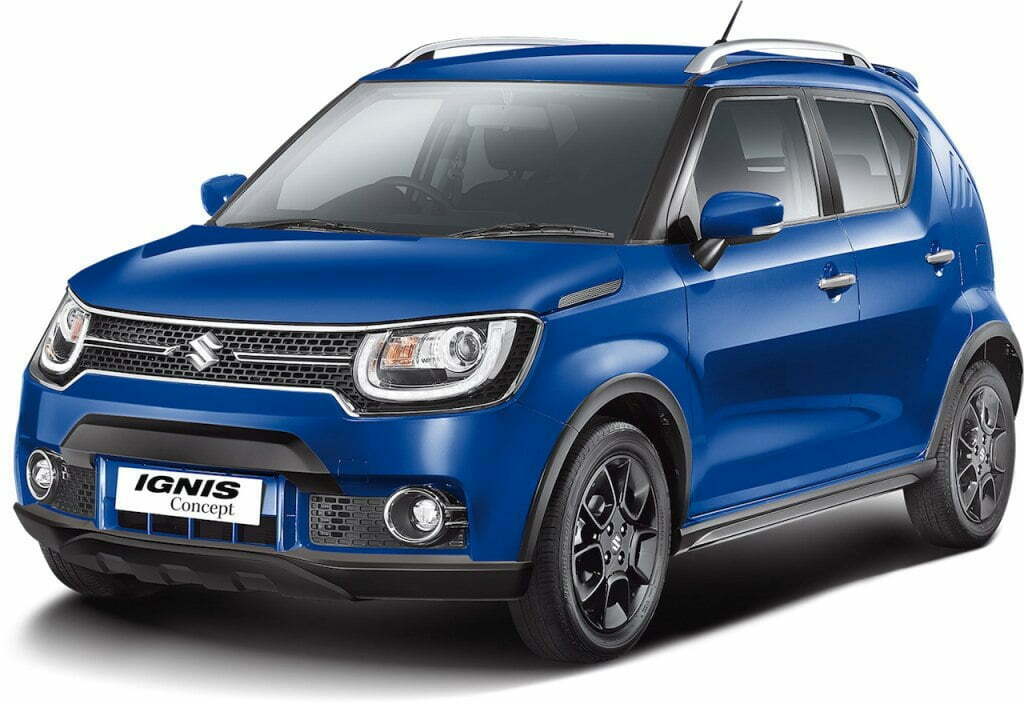 Maruti is betting big on the SUV market in every single segment. It has the S-Cross ready to take on the likes of Creta and Duster. Now it has an SUV which is immediately hit in the segment where Ford was ruling called the EcoSport. Now, it wants to cater a segment where it has been strong, but the car it had was in the hatchback form. Today, SUV’s rule in every segment and hence we see a very old model from the international market, heavily revised and is coming to India. Yes, Ignis is on its way to take on the likes of Mahindra KUV 100.

Ignis is a possible replacement for the Ritz and last generation Swift in India. The dimensions for the car are very similar to those cars. The length of the car is around 3800 mark which means it will have sub four meter tax benefits. The engines will be the same as the car it is set to replace. The 1.2 petrol and 1.3 diesel units. The petrol will make 80-85 PS and Diesel will continue to make 75 PS of power. Torque rating for petrol stands at 112 Nm and diesel will make 190 Nm. Another rumor suggest that the vehicle could be getting AWD option in the future, post the launch.

Read this too: More and detailed analysis of the IGNIS, Here!

All of this, that is small dimensions, lower kerb weight and peppy engines means it should real good fun to drive. As always, it will be quite efficient as well when it comes fuel economy. Launch is slated to happen in Diwali season of 2017 and it will go against its key rival such as the Mahindra KUV 100 and Renault Kwid to an extent as well. Maruti should price it aggressively and rumors suggest that it will be sold through the premium NEXA channel of dealerships.