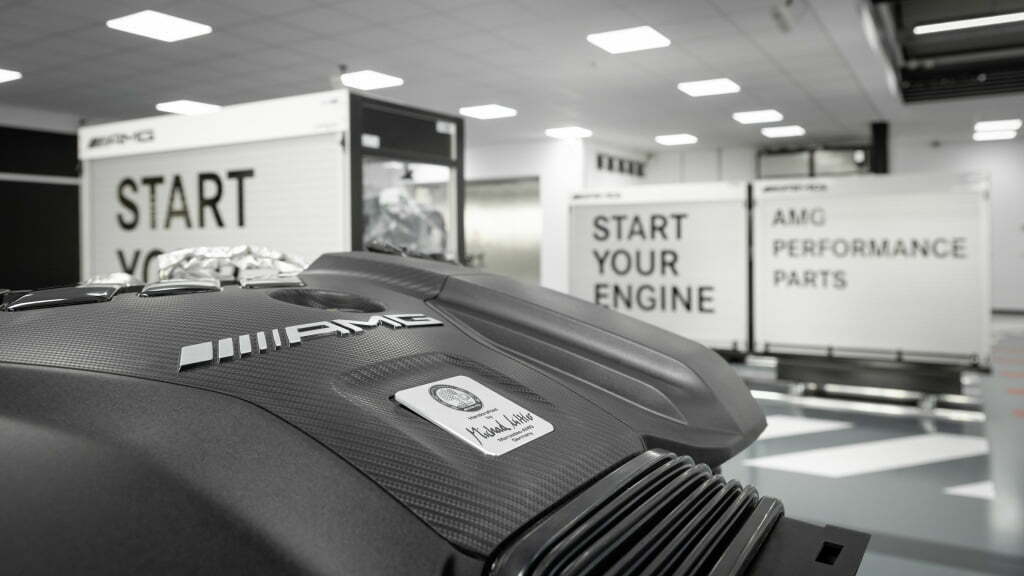 With an output of up to 310 kW (421 hp), the completely newly developed Mercedes-AMG 2.0-litre M 139 engine is the world’s most powerful turbocharged four-cylinder engine in series production. With this engine, Mercedes-AMG has even exceeded the previously most powerful M 133 by 30 kW (41 hp). Maximum torque has also increased from 475 to up to 500 newton metres.

With an output per litre of up to 155 kW (211 hp), the new Mercedes-AMG high-performance turbo engine even ranks ahead of many well-known super-sports car engines. The new, highly efficient powerpack is produced on an innovative production line in Affalterbach, on the “One Man, One Engine” principle.

The four-cylinder available in two output versions will ensure agile performance for the compact models of Mercedes-AMG: with 310 kW (421 hp) as the S-model and with 285 kW (387 hp) in the basic version. This product policy logic has already proved successful in the V8-powered AMG Performance models, and more closely meets customer wishes.

Apart from its performance figures, the new engine impresses with its immediate response. To this end the torque curve was carefully balanced (“torque shaping”): The peak torque of 500 newton metres (480 newton metres for the basic version) is available in a range of 5000-5250 rpm (4750-5000 rpm in the basic version). With this configuration, the AMG engineers have achieved a power delivery similar to that of a naturally aspirated engine for an even more emotive driving experience. 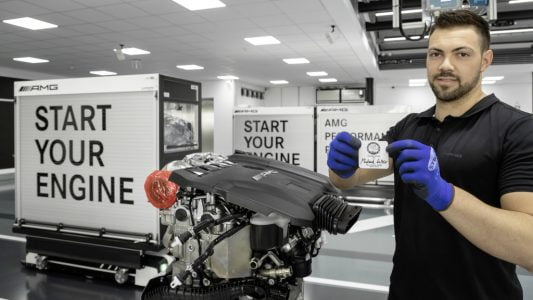