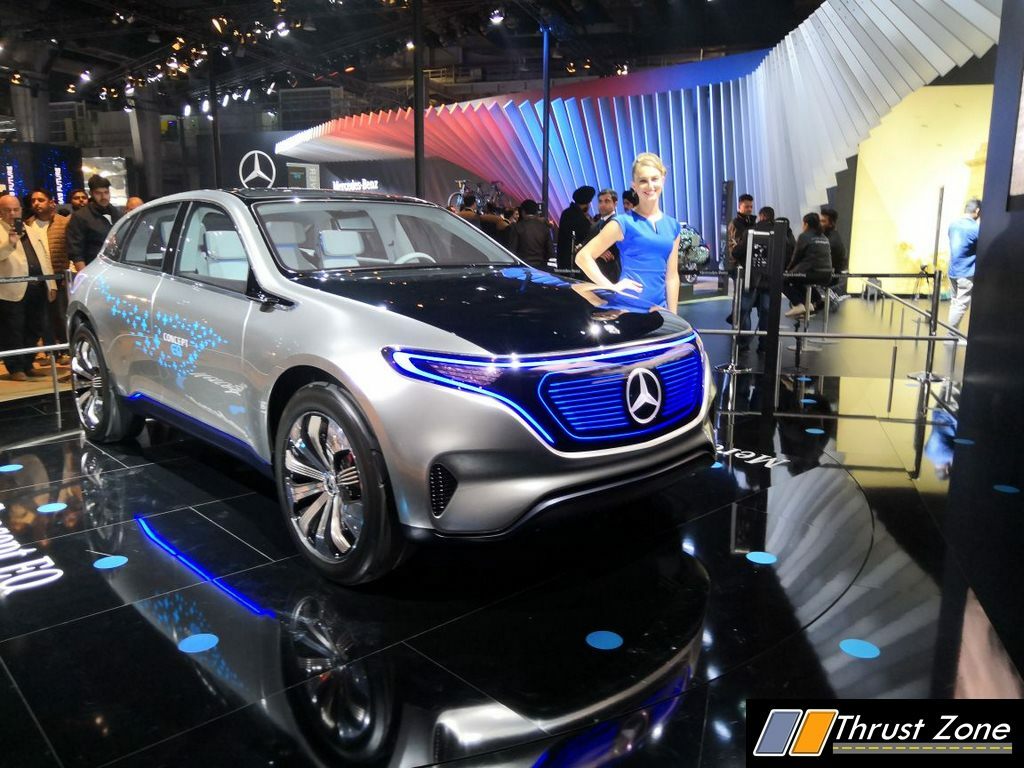 Mercedes-Benz, a German luxury car maker will launch its Maybach S650 and showcase their concept EQ which is a forerunner of the company’s new product in the electric segment at the upcoming auto expo which is going to be held in February this year. This is also the first major steps Merc has taken in this regard to create an EV platform that underpins the future of the electric vehicles. 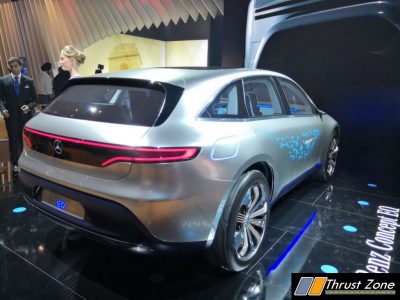 The generation EQ is an SUV which is designed along the lines of what Mercedes had used for their GLC crossover. As far as design is concerned there are many shared elements from the current Mercedes line. Also given that the Concept EQ (EQC) is built on a flexible platform, clearly indicating that this vehicle is just the start.

Some noticeable design traits include the signature Mercedes logo, a single piece light setup at the front and the rear. Rear view mirrors that not actually mirrors but cameras and lots and lots of led lights. The main thing is that there is no handle bars on the car. WOW 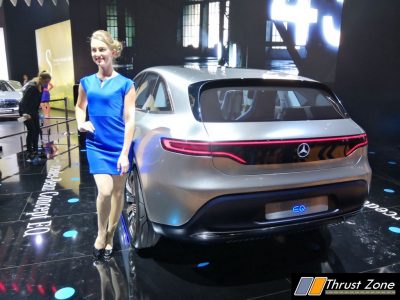 Coming to the cabin of the Mercedes Concept EQ, it is pretty luxurious. It has a touch display between the front passengers which can control the temperature of the light, Ac and any other function of the cabin. Even the dashboard is dominated with a massive display which is spread out across its length. Coming to the seats of the car it is strictly a four seater but the every seat has led lights embedded in them.

The Mercedes Concept EQ is powered by a pair of electric motors installed at both the axles to provide a total of 402 bhp and 70Nm of torque. That’s more than enough to make the car travel 100 kmph in less than 5 seconds. A floor mounted battery pack provides power to this vehicle to travel a rage of 500 Km on a single charge. Also it has fast charging capabilities such that in 10 min of charge will give a mileage of 100km.