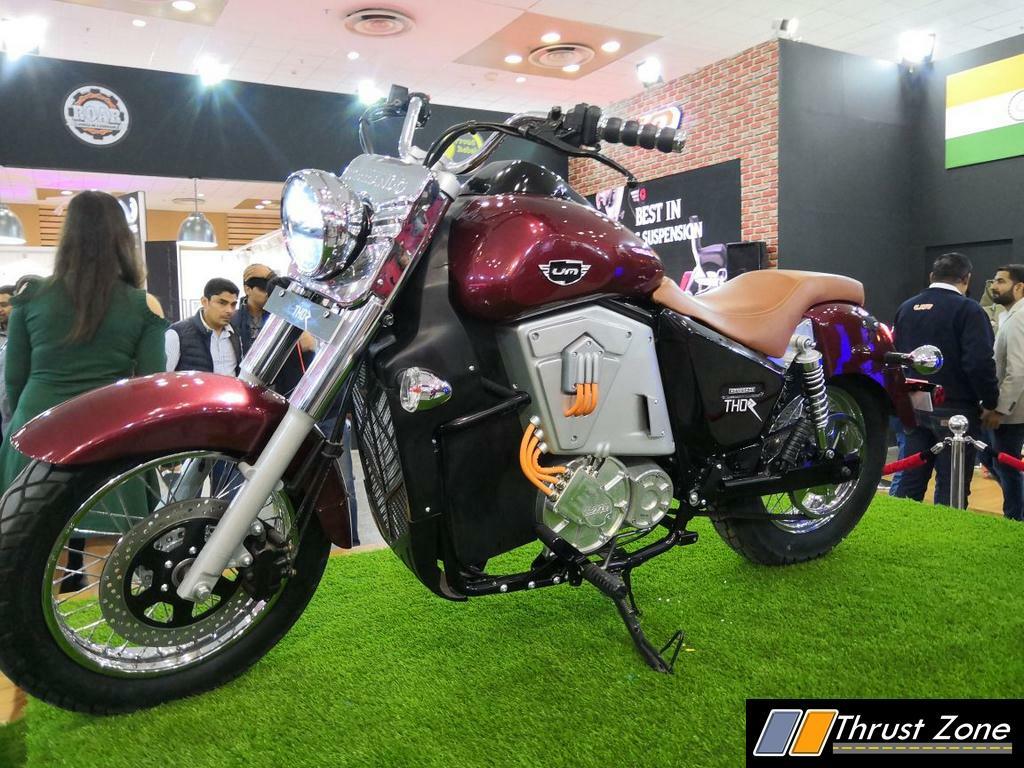 UM reveals the Renegade Thor, Renegade Duty S and the Renegade Dust Ace at the 2018 Auto Expo. The entire range will be updated and electric cruiser will come soon

At the ongoing 2018 Auto Expo, UM Lohia Two Wheelers Pvt Ltd has unveiled one new electric cruiser and launched two new cruiser motorcycles. Last Auto Expo UM had showcased us its current line up of cruisers and since then it has been received an overwhelming response from the Indian market. Along with the combustion engine cruiser, UM motorcycles has also revealed an electric cruiser.

Yes, we aren’t joking here, UM motorcycles have unveiled the world’s first electric cruiser and it called the Renegade Thor. The electric motor of the Thor produces 30Kw of power and 70Nm of twist. This motor is coupled to a five-speed transmission gearbox which is also equipped with a hydraulic clutch. To offer ease in maneuvering to its customers, UM motorcycle has also offered this electric cruiser with a reverse gear. 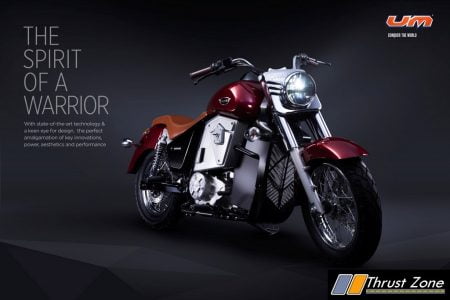 In addition to this, the Thor boosts of features such as a TFT display with Bluetooth connectivity and it also gets an inbuilt navigation system which is integrated with the UM Roar application.Speaking of performance figures, UM motorcycles claims that the Renegade Thor has a range of 270km and a top speed of 180kmph.

This bike will be manufactured in Italy and flown to India hence it will Rs 9.9 lakh (Ex-showroom, India). Booking starts from the month of April and the price is applicable for the first 50 customers. By the end of 2018, the bikes will be delivered to its customers. UM also has plans to locally manufacture the bike which will take place in the year 2020. This will noticeably bring the cost down to Rs 4.9 lakh (Ex-showroom, India)

That’s all for the electric cruiser, let’s have a look at what new combustion engine cruisers have UM offered to the Indian market. UM LOHIA has launched the Renegade Duty S and the Renegade Duty ace at a starting price of Rs 1.10 lakh (Ex-showroom, India). With the launch of these new cruisers, UM is aiming for the young generation who are in search of a fun and adventure from a motorcycle. The Duty S is designed as an urban cruiser to hit those highways and leisure riding. While the Duty Ace takes inspiration from the classic cafe racers and it also equipped with a bikini fairing, removable rear seat cowl and of course the lowered handlebars. 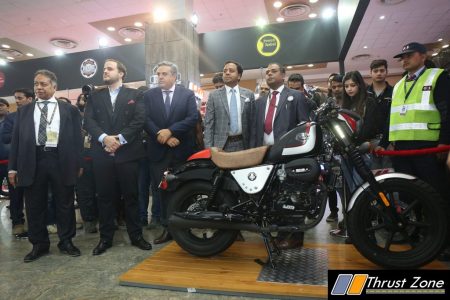 Renegade Duty S and Renegade Duty Ace are powered with a same 223cc single cylinder, four stroke, oil cooled engine. This mill is matted to give speed manual gearbox and is capable of churning out 17Ps of power at 8000rpm and 17Nm of twist. The Duty S and Duty Ace weigh 142kg and 140kg respectively and UM motorcycles claim that due to their light weight the handling and maneuverability is smooth which helps it to be ridden off-road as well. 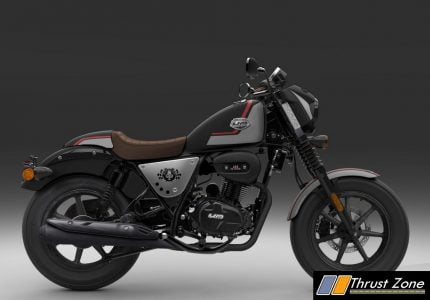