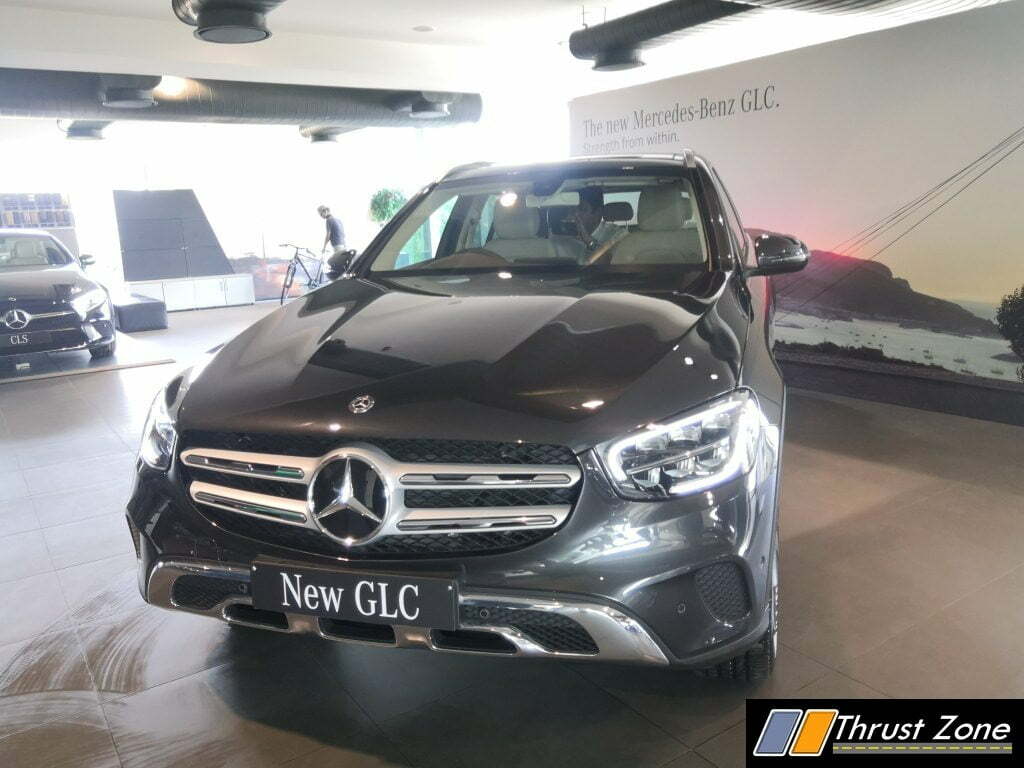 MBUX – Innovative telematics: The combination of the touchscreen multimedia displays, navigation with augmented reality, intelligent voice control via the talk button or the “Hey Mercedes“ prompt, connectivity and the user interface now brings the GLC also in line with the latest technological standards.

What3Words:Mercedes-Benz has built what3words location technology into its MBUX navigation system. Mercedes-Benz is committed to offering a premium and intuitive customer experience, and what3words ensures that drivers reach their destination seamlessly, every single time.By integrating what3words into their vehicles, Mercedes-Benz customers can benefit from a precise and incredibly simple way to talk about any location. what3words is the only addressing system that allows for accurate and error-free location input by voice. Mercedes-Benz recognised the system’s potential and built it into its infotainment system, removing the challenges associated with in-car navigation and providing a smooth driving experience.

‘Traditional street addresses just were not built for voice input. Street addresses also use thousands of non-dictionary words, the pronunciation of which can be near impossible to guess. Mercedes-Benz is known for innovation, so it is no surprise to us that it was the first automotive company to integrate our system into their vehicles’ said Chris Sheldrick, CEO and co-founder of what3words. 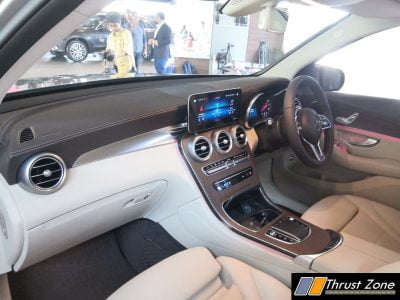 The design language of the GLC follows the design philosophy of sensual purity and illustrates the carefully considered interplay of aesthetics, agility and intelligence. The overall appearance is sportier and the chrome elements now run from the front to the rear end as standard.
The distinctive lines, muscularly sculpted surfaces and distinctive details ensure a strong off-road character.The standard-fit LED High-Performance headlamps are smaller and more raked, and have significantly modified contours.

The athletic character continues in the rear view with the completely revised bumper and exhaust tips. The redesigned full LED tail lamps also ensure an unmistakable light signature – with the hallmark blocks of the Mercedes-Benz SUVs in backlit edge-light specification.

The focus is on the interaction with the vehicle and its functions through gestures, touch or the voice control system. This is made possible by the latest telematics generation of the Mercedes-Benz User Experience, which is characterised by intuitive logic and a wide range of operating options.There are five different possibilities to interact with the infotainment system of the GLC:

The revised voice control system makes operation even more convenient and natural. By voice command, the driver can have the system read out text messages, operate the audio systems or access vehicle functions such as the climate control system, for example. The system requires no memorised commands – the user has the freedom, for example, to phrase the desired destination address or the question about the weather report off-the-cuff. Passengers activate the voice control with the “Hey Mercedes“ prompt. The talk button on the steering wheel is additionally available for this purpose.