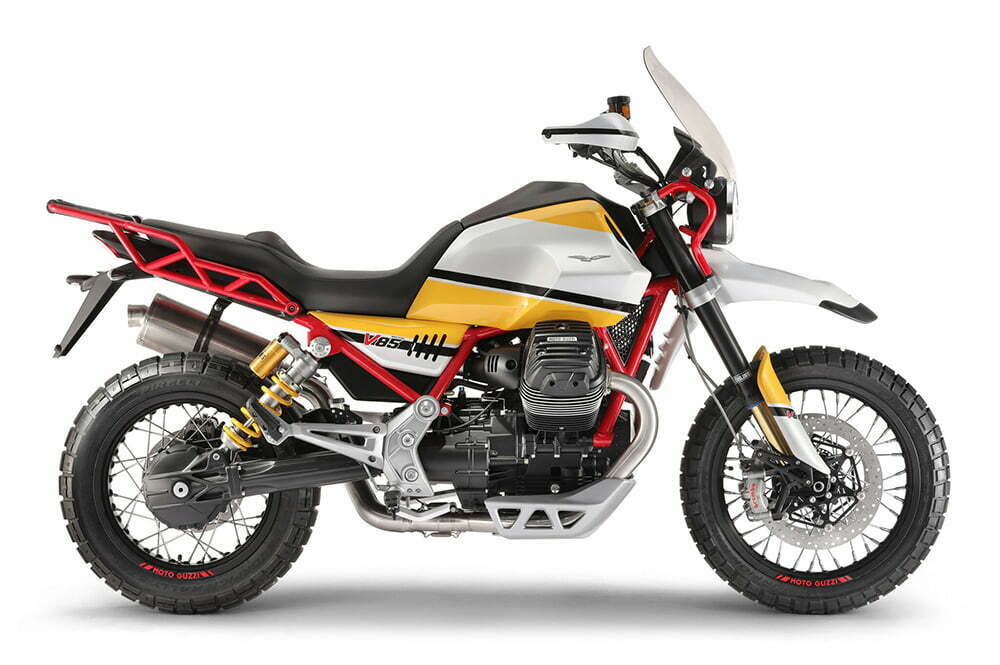 This is another step by Moto Guzzi towards the near future, which will bring the Mandello Eagle to celebrate its 100-year anniversary in 2021 with a new range of motorcycles built on the technical base of the V85. It is a motorcycle dedicated to trips regardless of roads, which have always been the heritage of Moto Guzzi in their purest and most original manner, which bring to mind the epic and adventurous rally raids of the 1980s, a world from which it has inherited style, charm and emotion, but which has been designed to face both everyday and long-range roads, according to the most up-to-date requirements and the forthcoming ventures.

The V85 pays tribute to the great adventurous trips and is dedicated to those who, despite never ceasing to dream of adventurous journeys, are seeking out a motorcycle capable of returning that spirit to their everyday journeys. A new Moto Guzzi engine is being launched in the V85. The construction design is proprietary and excludes the entire current Moto Guzzi production: in fact, it is a two-cylinder 90° transverse air-cooled 850cc which, thanks to its complete redesign, has 80 HP of maximum power. This feature, coupled with the powerful torque at low speeds typical of all Moto Guzzi two-cylinders and the lightness of the V85, make it fun to use in for on-road and off-road riding. 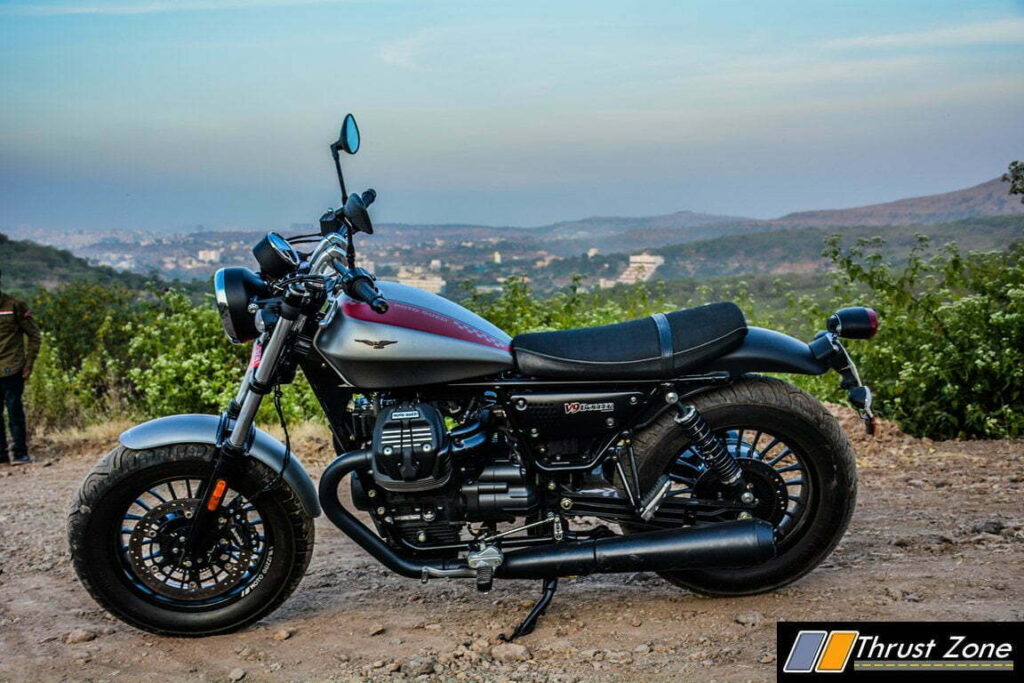 V9 is Moto Guzzi’s easy cruiser. V9 Roamer is the elegant and universal custom model; V9 Bobber represents the bold and essential spirit of Moto Guzzi. They both stand out because of the their components and the attention to detail and they are powered by the Moto Guzzi 850 ​​cc two-cylinder engine with unprecedented torque, smoothness and responsiveness that contribute to enhancing the ride for these two Italian cruisers.

The 2018 V9 versions are the result of the constant perfecting that Moto Guzzi dedicates to its bikes. Roamer and Bobber are now distinguished by a big difference, with two clearly distinct personalities: one more touring and the other sportier. V9 Roamer turns heads even more on long routes by introducing a new pair or rear shock absorbers and a new protective top fairing. V9 Bobber gains new opaque graphics and is available in three colour variants: Impeto blue, Nero Notte black and Tempesta grey.