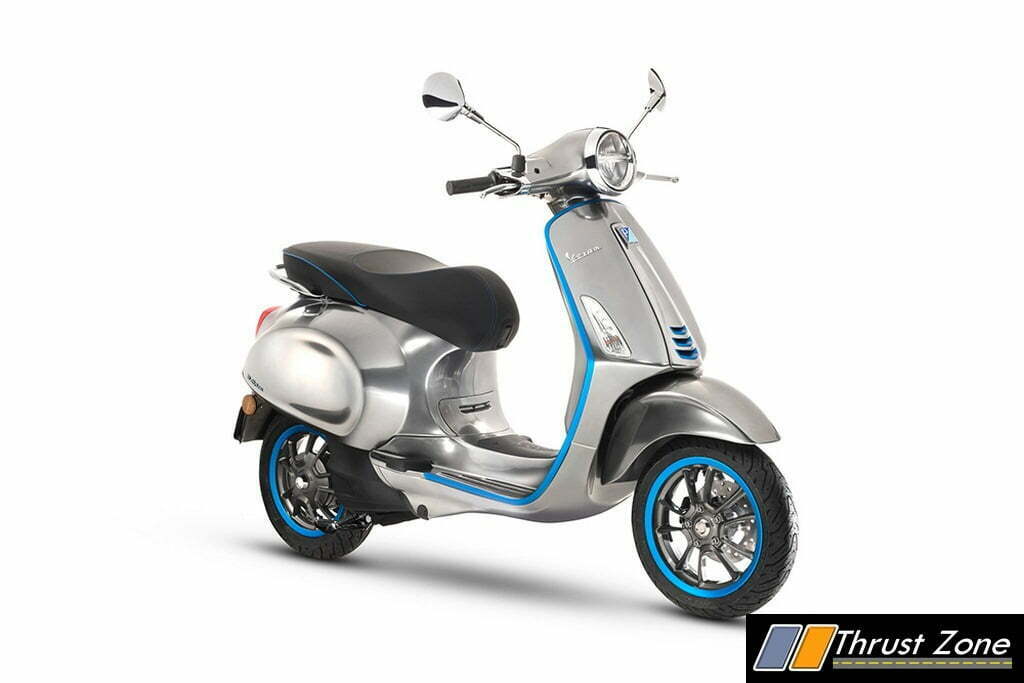 Electric mobility has never been so fascinating, stylish and elegant: Vespa Elettrica is not just an electric scooter, it is Vespa Elettrica. Vespa Elettrica means easy, but natural, driving. It means total connectivity and silence, customisation and accessibility, values ​​that have always been a part of Vespa and which today find their fullest implementation.

The Vespa Elettrica has a Power Unit capable of delivering continuous power of 2 kW and peak power of 4 kW, achieves a performance superior to a traditional 50cc scooter, especially with regard to acceleration, which benefits from delivery of the electric motors. It provides an agile ride on urban roads, in the utmost silence: Vespa Elettrica is in fact completely silent, helping to make cities less chaotic and more liveable, while also countering pollution from an acoustic point of view.

Vespa Elettrica guarantees a range of 100 km, and in order to provide a complete response to the growing demand for clean mobility, it also appears in the X version which, by placing a generator alongside the electric motor, doubles its range. The modern lithium-ion battery does not require maintenance or special precautions: for charging it is only necessary to use the cable in the seat compartment and connect the plug to a normal wall-mounted electrical outlet or to one of the increasingly present public charging station in large cities. The time required for a full charge is 4 hours.

Vespa Elettrica is also highly connected: the many features offered by a new version of the Vespa Multimedia Platform, the multimedia system that connects the smartphone to the vehicle, can be managed through a completely new man-machine interface that incorporates digital colour instrumentation with a TFT display. Coming in a special chrome grey finish with metallic reflections, around which the customer can choose to tailor many distinctive details, available in seven colour variants, Vespa Elettrica will be wholly produced in Pontedera and from there will be distributed throughout the world in 2018. 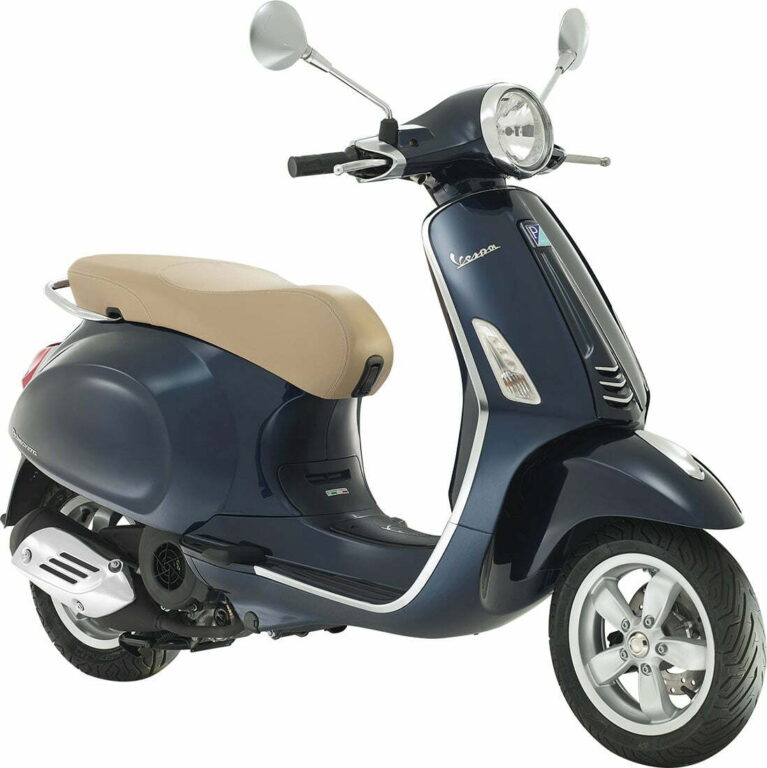 For the 2018 Vespa Primavera there is added improvement with a series of updates that enhance comfort, safety and renew their style. The most important news comes from the size of the wheel rims: made of aluminium alloy and distinguished by an unusual five-spoke design, they are now both 12”. The bike’s active safety has also expanded thanks to the LED lighting technology now being used in the front and rear headlights, while the Bike Finder and the remote control seat opener are now standard. Vespa Primavera benefits from further operations that renew its line, thus distinguishing it from previous versions. What are new are the distinctive “tie” featured on the front and the chrome crest on the front mudguard.

Another new feature launched at EICMA 2017 is the Vespa Primavera S: in addition to all the new features that enhance the range, the sporty version of the beloved Vespa adopts totally digital instrumentation through a 4.3” full colour TFT display. The instrument, in addition to displaying all the classic information, works as a display for the Vespa Multimedia Platform in its latest release.

Vespa Primavera 50th Anniversary celebrates the first 50 years of a timeless classic. Offered with the i-get 50cc and 125cc engines, it is distinguished by the unusual Light Blue and Brown colour-ways with coordinated seats, the sleek grey finish of the five-spoke wheels and of course the logo that elegantly marks the back shield. 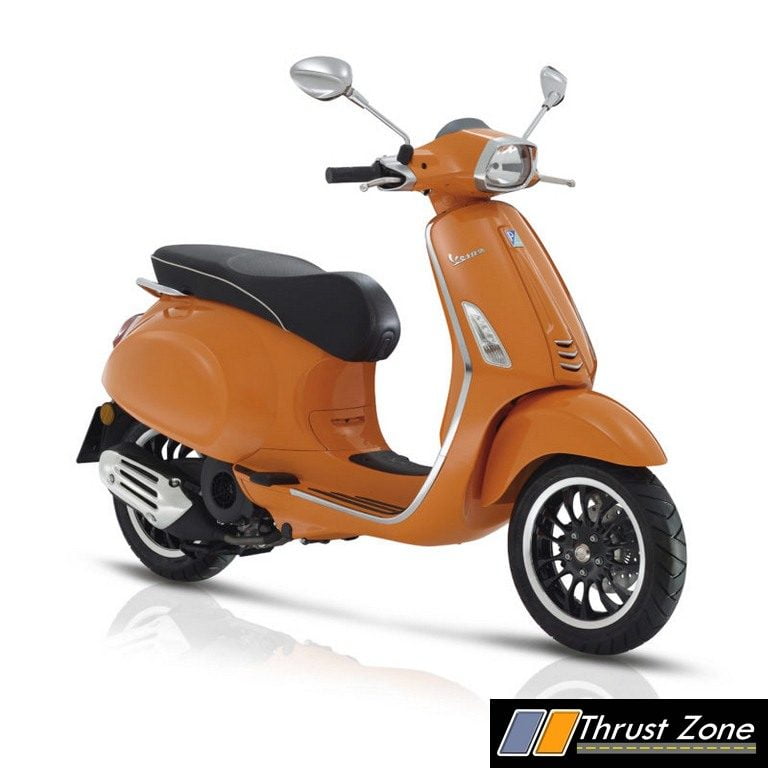 For the 2018 Vespa Sprint has undergone a number of stylistic and technical evolutions. The active safety has been enhanced thanks to the LED lighting technology now adopted on both the front and rear headlights while the Bike Finder and the remote control seat opener are now standard. Also new is the “tie” featured on the front, an addition that brings the Vespa Sprint line up to date, thus distinguishing it from previous versions.

Vespa Sprint S further accentuates Vespa Sprint’s sporty styling and is designed to be the most spirited of Vespa’s “small body” family. The most important new feature is the instrumentation which, as in the sister model Primavera S, is a full colour TFT multifunction display.