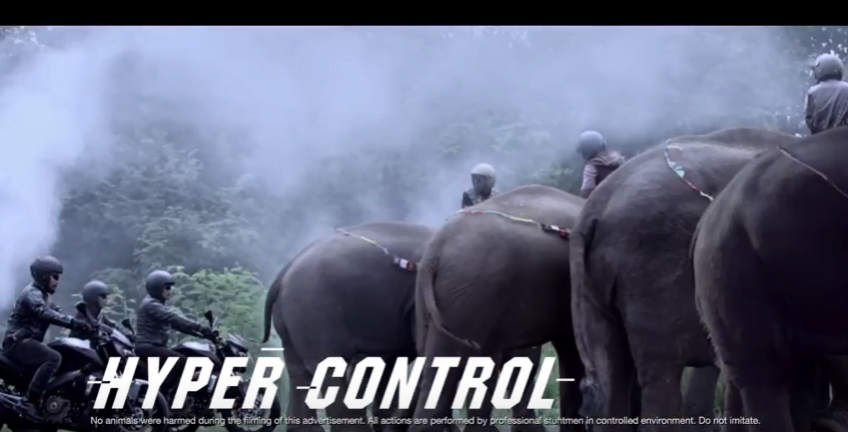 Bajaj clearly has big plans with Dominar brand. To take it forward it has devised a plan to make it a cruiser and then to give it the best in class performance, styling and a package to appeal to riders immediately. Dominar 400 is one of the most sorted bikes to come out of the Bajaj stable. The Dominar 400 brand plan is too go ahead and put this same brand name on larger capacity Dominar that are coming very soon with the help of a new tie up with another European company. Triumph-Bajaj will most like take Bajaj brand forward.

However, let’s look at the past where Bajaj has been clearly targeting its new Dominar motorcycle against the Royal Enfield. A iconic English manufacturer that has a large and unrivaled space in a segment where Bajaj wants to dominate like it does in the 200-250cc segment. Bajaj is making apparent every single time since pre launch and now, as we can see, it hasn’t left a chance to pull a leg of Royal Enfield again.

The video starts with a bunch of hipsters geared up and seem to be riding something which is invisible but has the typical Bullet Thump being played in the background. As the video progresses we can see the Bullet is being mocked for following the tradition of staying to together, riding together in every situation. The Dominar used in this advert is the new matte black painted bike and advert also continues to use a rather muted inline-four soundtrack for the Dominar as the past adverts.

Dominar appears and weaves through a pack of elephants and then the punch line which is the sole highlight of this advert and is squarely aimed at high maintenance and low performance Royal Enfield motorcycles when the voice says ‘Don’t foster a Elephant’ in Hindi. Now that is a heavy ‘punch’ line to Royal Enfield from Bajaj. This time, we think RE will respond back one day or the other. Keep watching space, because we are going to keep you updated.