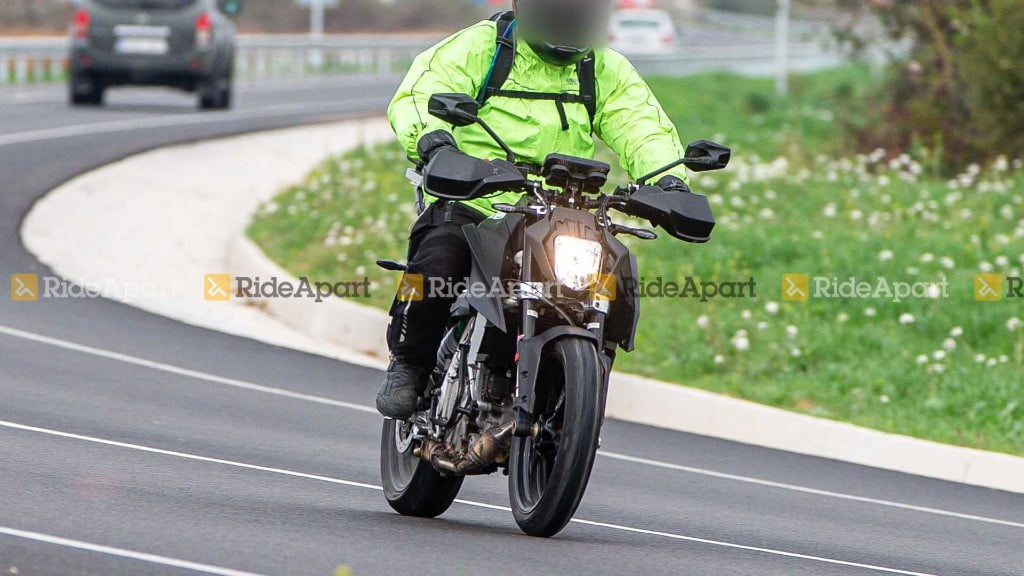 It’s no surprise that KTM AG is readying the next generation of the Duke range that will see the 490s come to life while the entry-level models from the 125, 200 to the 250 will see significant changes as well. While we’ve seen the new 390 Dukes being tested in the past, the latest spy shots that emerged in Europe have revealed the Austrian bike maker testing the lower displacement versions of the Duke series. 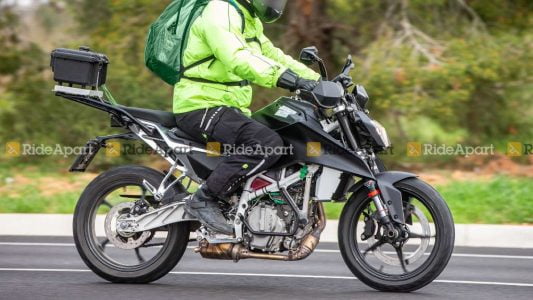 The Next-Generation 2022 KTM Duke spy images show a different engine casing, frame and body work, all of which will change on the next-generation KTM Duke lineup. The masked bodywork does give away the new fuel tank design with the long scoops at the side, promising the Duke family to be as fun as ever. Another big giveaway of the smaller capacity Dukes is that the test mules come with ByBre brakes rather than Brembo brakes seen on bigger models. Other cycle parts including the exhaust, radiator and even the swingarm design appear to differ on the test mule. The KTM Duke line-up is expected to get the overhaul sometime next year. Meanwhile, the company is ready to launch the next-generation RC 390 soon. India will likely be one of the first markets to get the motorcycle, followed by Europe and other parts of the world. The KTM RC 390 will make way for the RC 125, RC 200 and RC 250 later in the year, depending on the market. Meanwhile, in other news, the KTM 490 Duke range is also scheduled for debut in late 2022 and will also spawn an Adventure model. The bikes will be powered by sub-500cc twin-cylinder engines and will be positioned above the 390 range.