The BMW X1 has been a hugely successful model for the brand globally including India and the SUV has evolved over the two generations. While the first-generation model was regarded as more estate-like in design, the current-generation version evolved into a proper crossover with a more butch styling and a front-wheel-drive layout. BMW is now preparing the next generation of the X1 SUV and the upcoming model was recently spotted testing while wearing heavy camouflage. The spy shots revealing sharing the road with the iX3 prototype, which is an all-electric SUV set to go on sale later this year.

The camouflaged new-generation Next-Generation BMW X1 test mule does give away some key details that we can expect when the production version arrives later. Most prominent is the new and kidney grille that looks bolder but isn’t as controversial as that on the recently debuted 4 Series. It’s also not as big as the one on the 7 Series/X7 and that gives us hope. The twin grilles are now wider though and the headlamps and sweptback from what we can make out in the images.

At the rear, changes are more noticeable including the smaller windscreen that appears slightly raked, while the roof spoiler has grown in size and accommodates the brake light. The heavy camouflage also hints at a comprehensively redesigned tailgate on the crossover. Overall though, the new X1 will not be dramatically different from its predecessor and the design will be more of an evolutionary change on the model. It’s also great to see BMW taking a more dedicated approach for the design with each model instead of slapping on the same front across its portfolio. 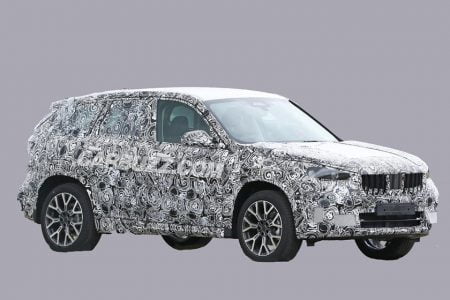 Details on the cabin of the new-generation X1 still remain hidden. But given the brand’s history, expect a very familiar layout with a host of new tech on offer from the company’s bigger models. Some of the new bits we’d like to see on the new BMW X1 include a digital instrument console, a larger touchscreen infotainment system with Apple CarPlay and Android Auto, the new iDrive 7 software set-up and more. The cabin will also feature BMW’s Sensatec (leatherette) upholstery, as seen on the newer models.

It’s too early to talk about engine options, but the new Next-Generation BMW X1 is likely to continue with the existing three- and four-cylinder engine line-up with several improvements. There will be mild-hybrid and plug-in hybrid options added this time with all powertrains getting turbocharging. There will also be the fully-electric BMW iX1 that will eventually join the family with slightly revised styling but the same underpinnings. The 8-speed Steptronic transmission will continue to be mated to the engines. 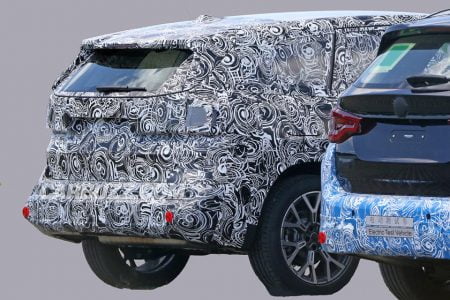 The current BMW X1 is fairly new and has also received its update for this year. However, we can expect the new generation version to arrive sometime by 2022 or a year later. That’s also when we expect to see the model in India, which will be locally assembled to keep costs in check. The new X1 will also spawn the next MINI Countryman that shares its underpinnings with the BMW. The next-generation BMW X1 competes with the Mercedes-Benz GLA, Volvo XC40 and the Audi Q3 in this space.