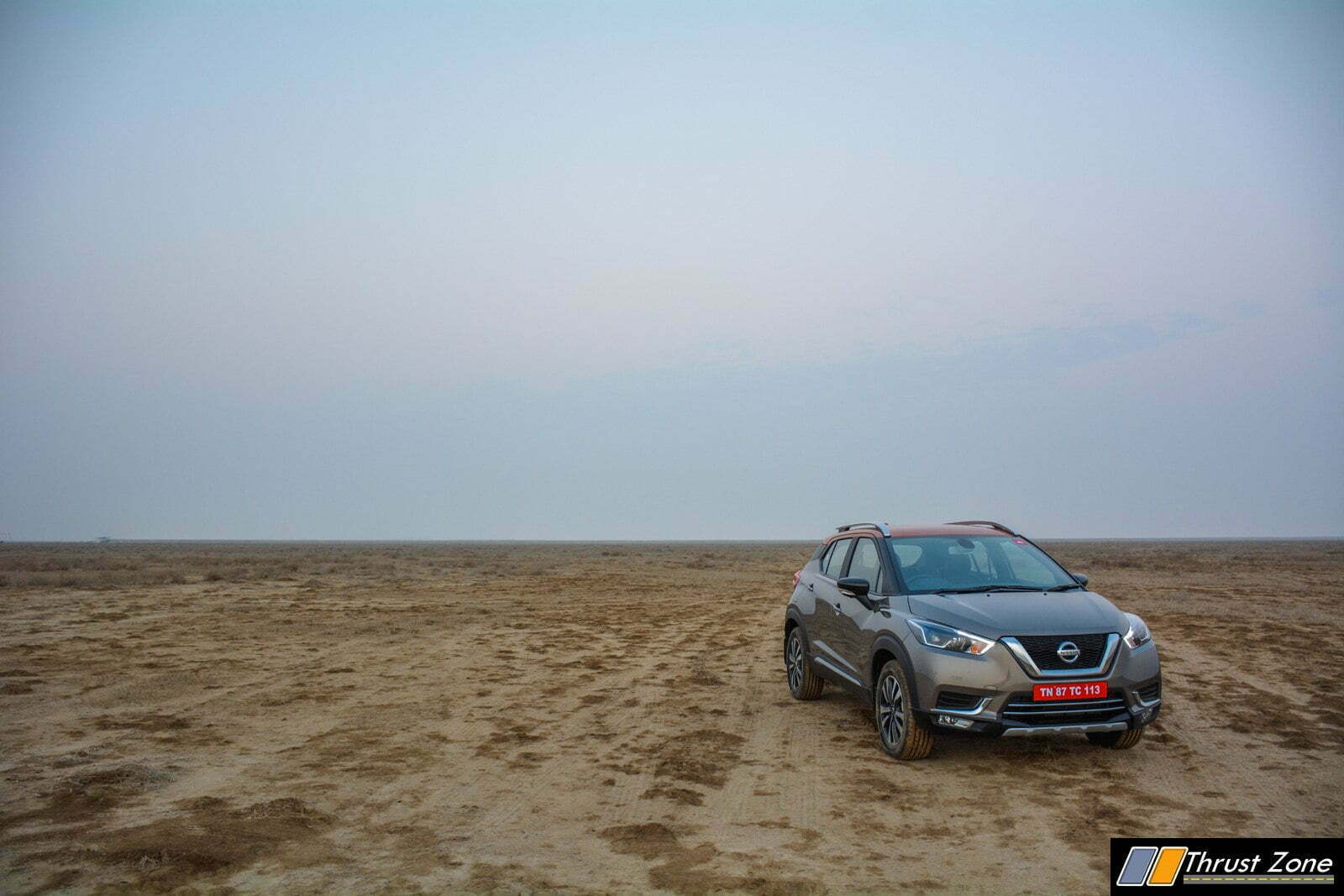 Nissan Kicks India Diesel Review: It has everything you would ever need and now Nissan to provide a jaw dropping price tag throughout the variant range 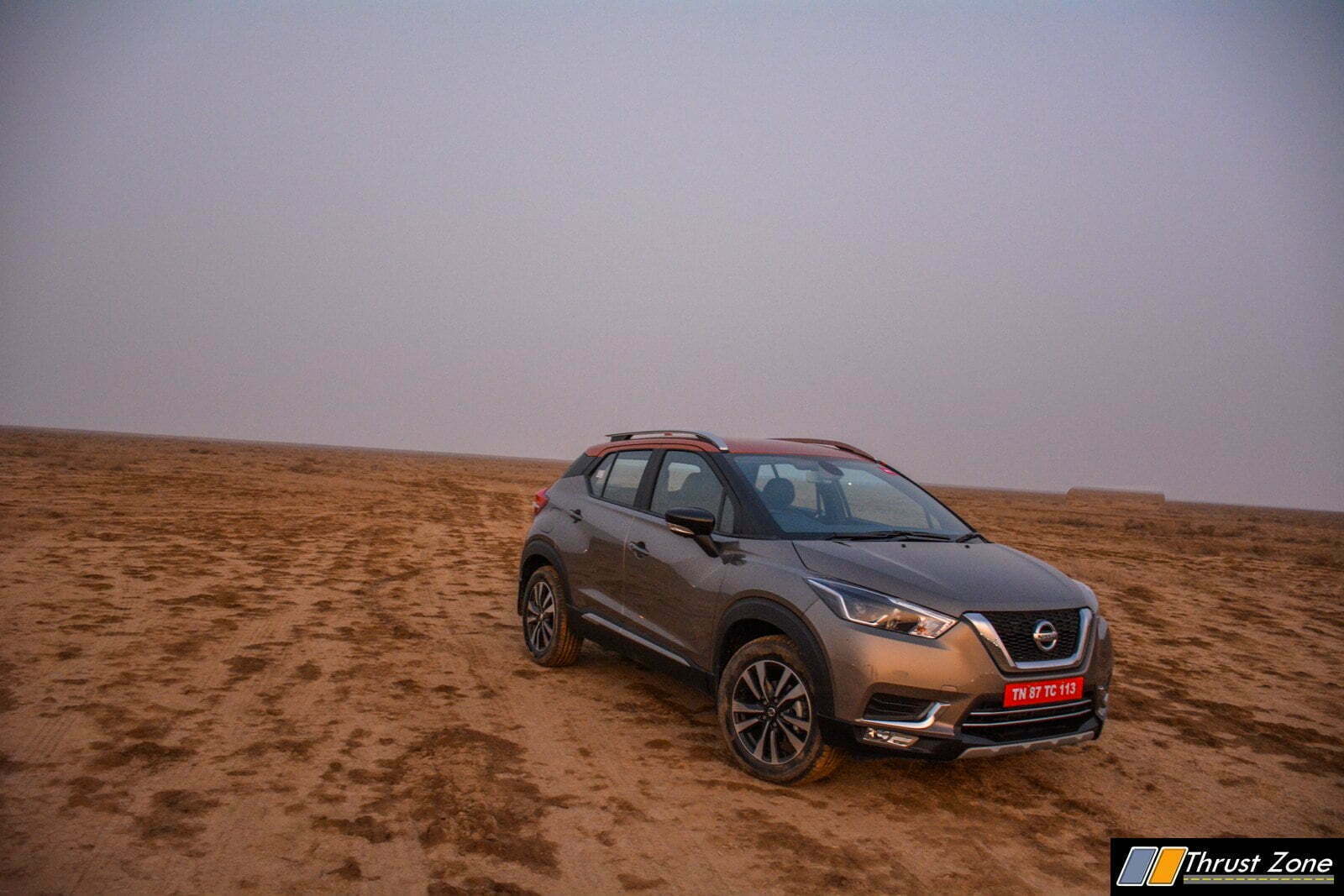 Nissan in India has had great products in the market to offer to its customers. They have been no-nonsense products with Japanese reliability and practicality and good pricing. However, the lack of brand awareness never let them ‘kick’ of their sales registers ringing. There was the Terrano and the Datsun models which did moderately well. The SUV did help them realize, that if they bring the right product into the Indian market, it can work. 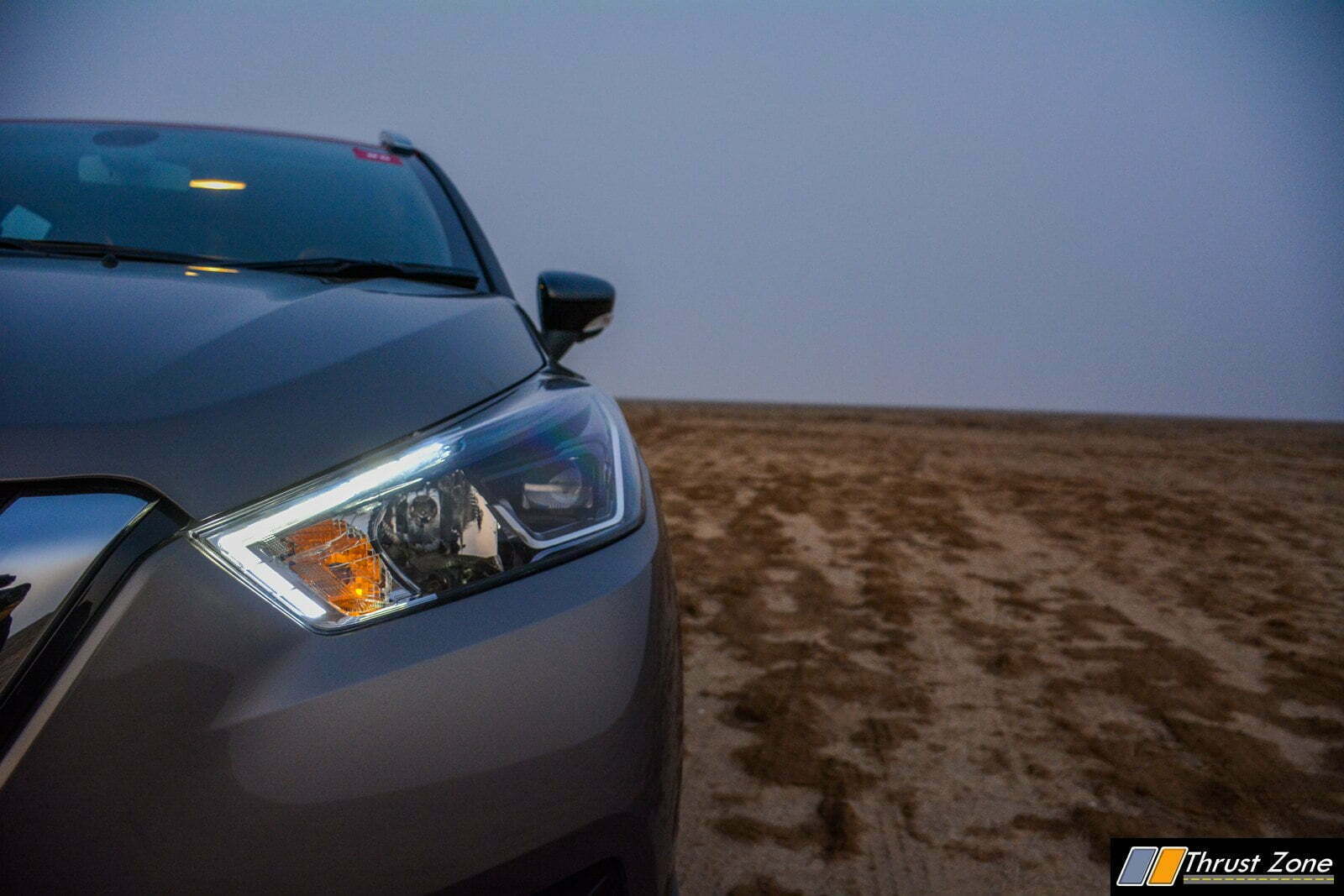 The manufacturer decided to bring the Kicks SUV into the Indian market and after much tease it is set for a launch in January. Nissan Kicks Media preview was organized in the midst of a nowhere. How was our first impressions? Let’s find out! 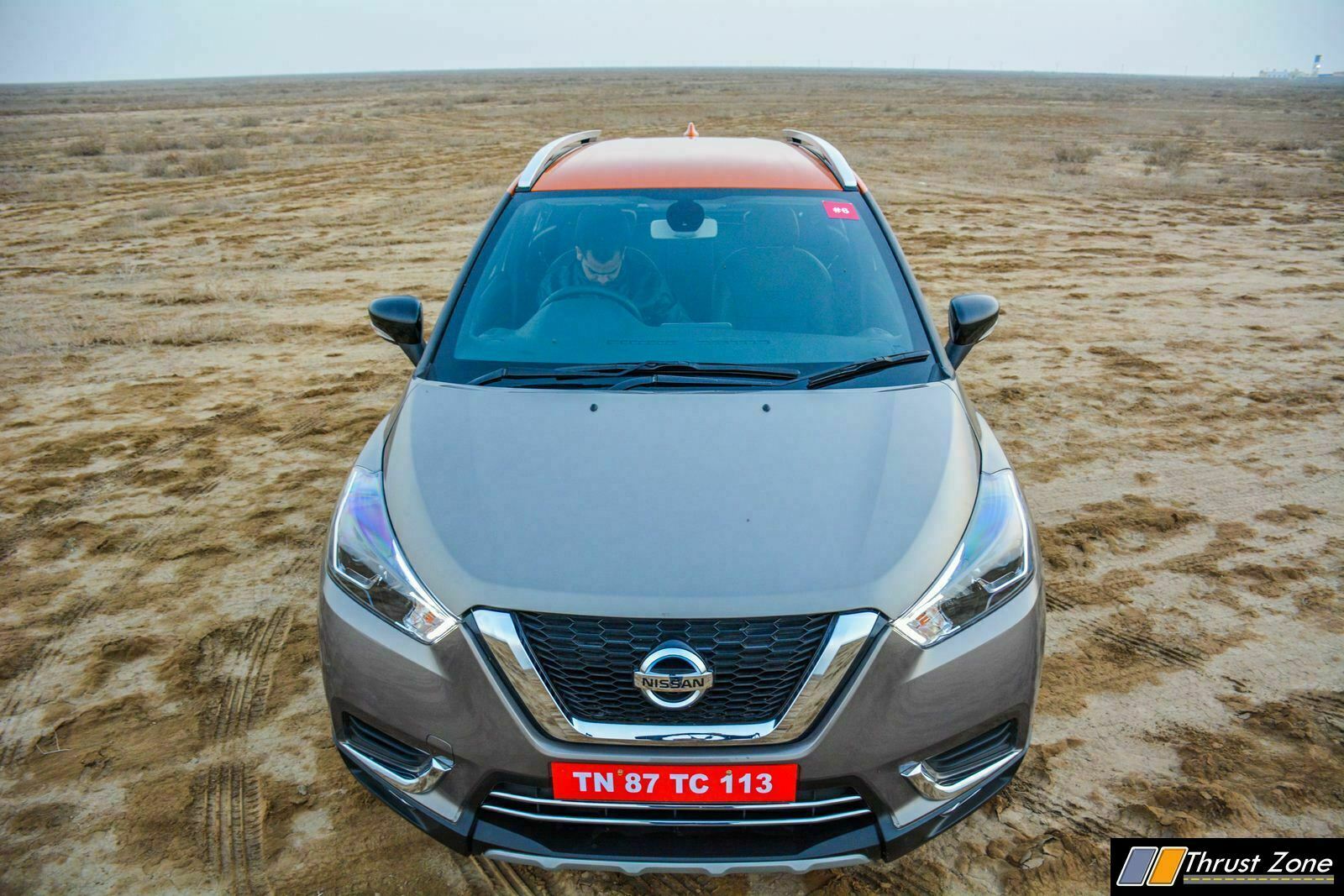 What a stylish, edgy and smart looking SUV the Kicks has turned out to be. The slashes, creases, the sharp and edgy tail and headlamps makes the SUV stand out. Add to the fact that it now also follows a dual tone paint scheme which is now popular and ‘in’ thing with SUV’s of the Indian market, the Kicks gets it too. Be it the Maruti Brezza or the Volvo XC40, you have to follow the market and Nissan has integrated it really well. 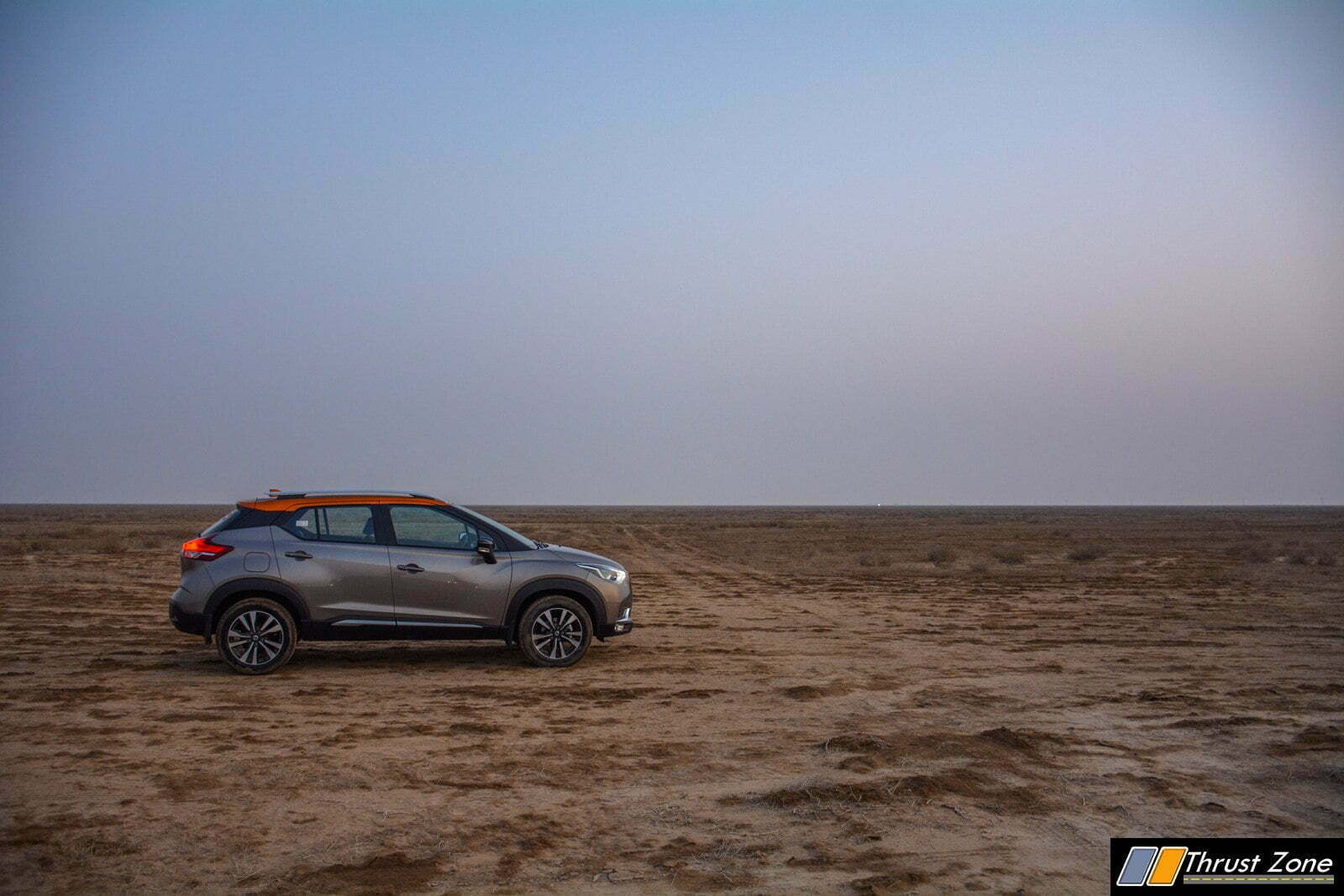 The 17-inch diamond cut alloy wheels look particularly really good, the cladding running all around makes it an muscular SUV, the subtle ground clearance appeal also add to the SUV flavor that the customers look to. The roof rail, which can hold 100 kgs of stuff and the shark fin antenna makes the SUV sporty from the aerial view. Overall, top marks as nothing look out of proportion and every angle of the SUV is great, be it the bold front grille or the very muscular looking rear tail gate. 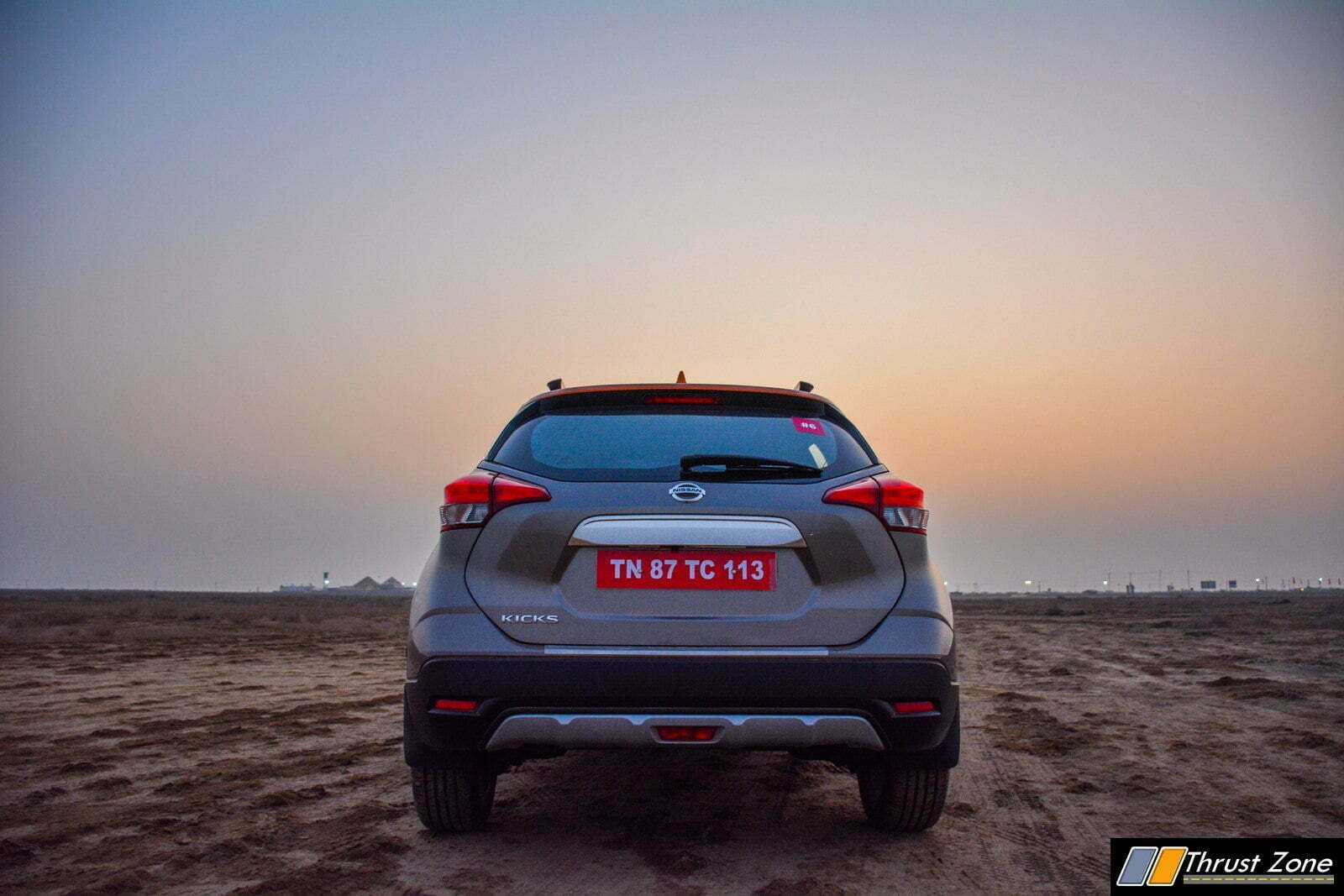 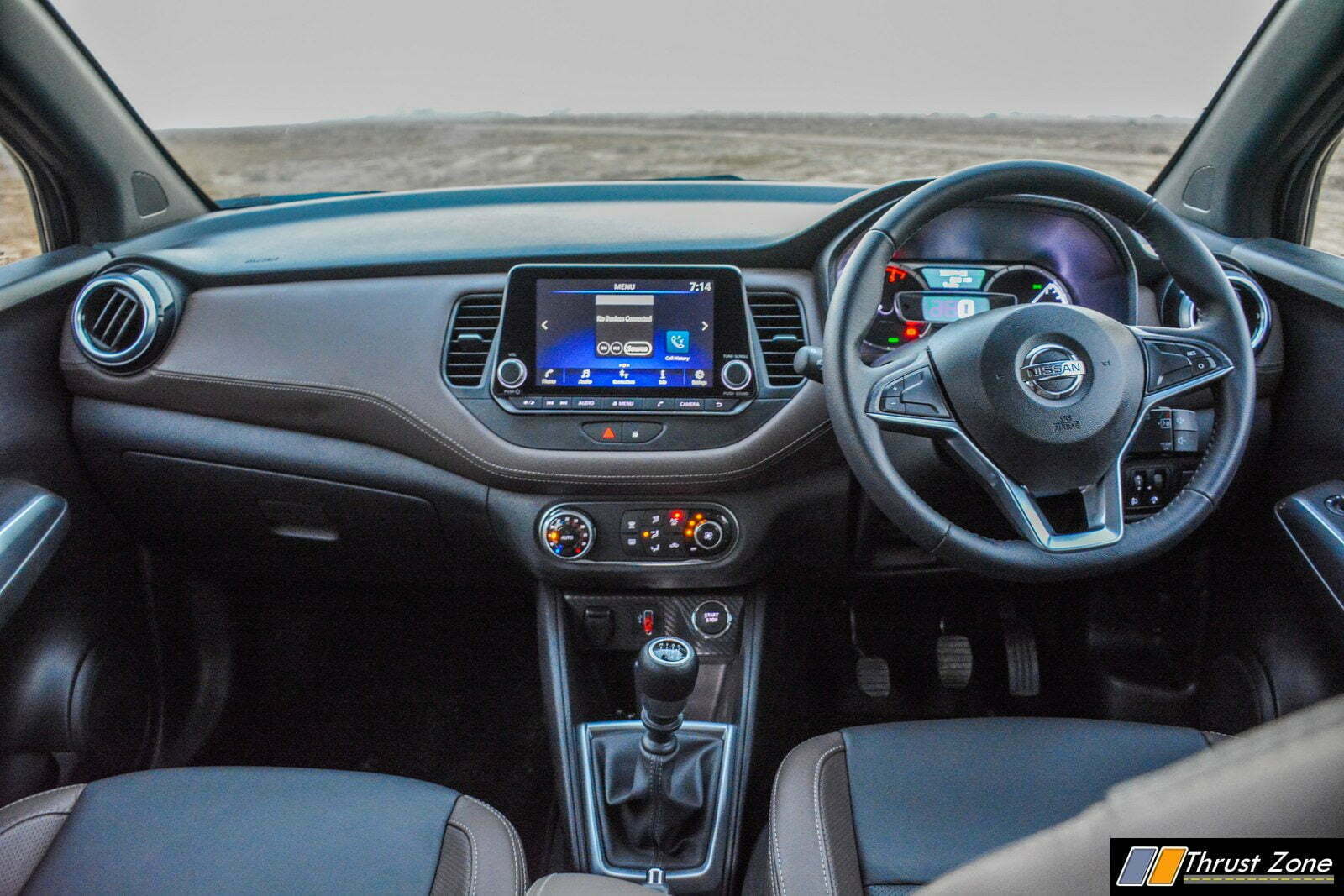 Interior is also a place which definitely creates an aura of premium-ness. Coco chocolate brown leather used on door pads and the dashboard is clearly segment first. The floating 8.0 inch touch screen is fantastic to look at and it works like a charm too. Android Auto, Apple Car play, connectivity options, a segment first 360 degree camera, the LED equipped headlights with projectors, climate control, start- stop button, keyless entry go, rear A/C vents, cornering lamps and cruise control which has buttons placed oddly. The car also gets double wipers which adds to the premium appeal. 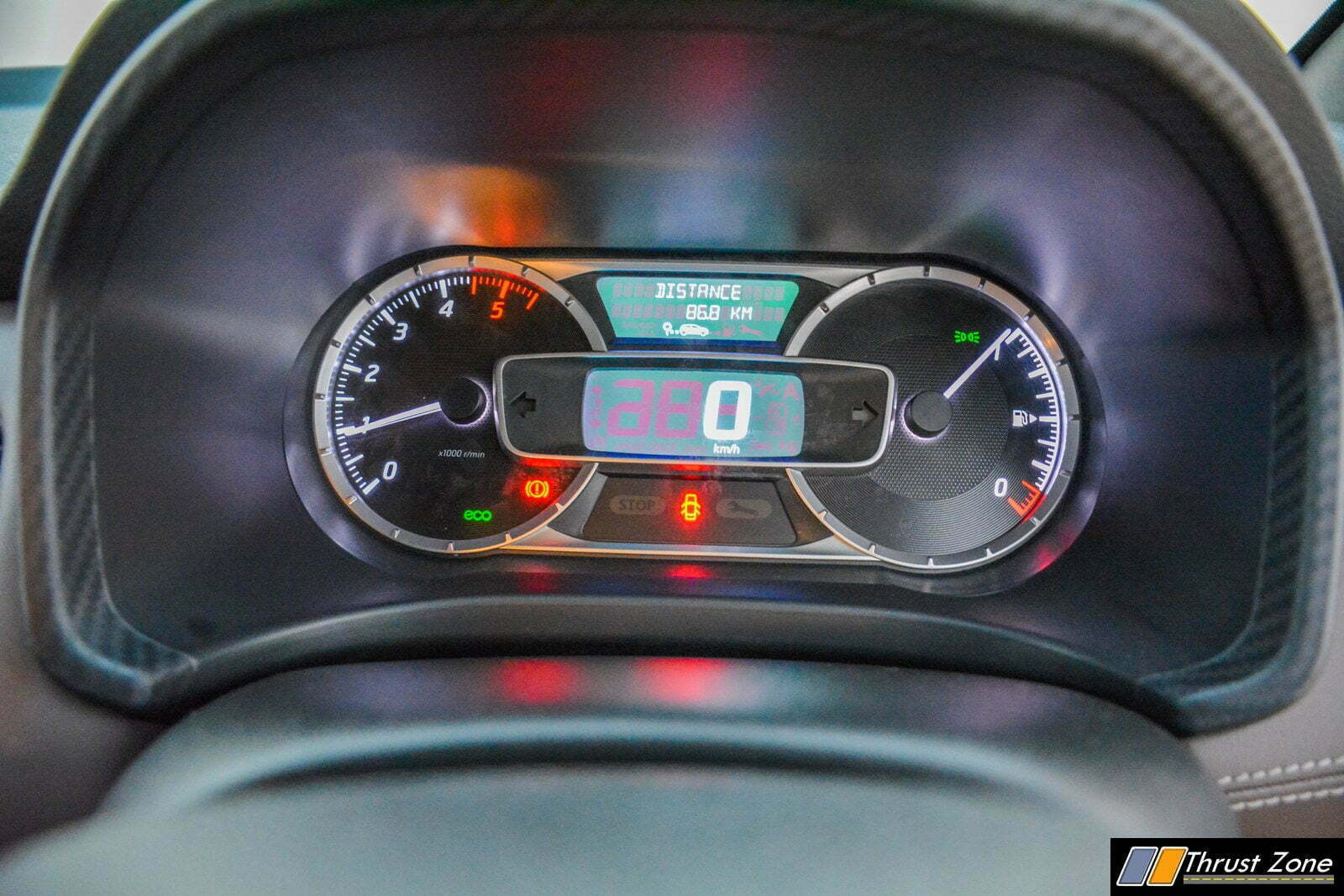 Steering mounted controls are for cruise control and the playback and volume button is on a stalk behind the steering wheel which is a hit or a miss with the market. It gets four airbags which is a great addition along with ABS, EBD and BA. Digital speedometer, traction control and rain sensing wipers are on offer. Rear parking sensors and 360 degree camera makes this car easy to park. The seat height is adjustable, but sadly, there isn’t seat height belt adjustment. 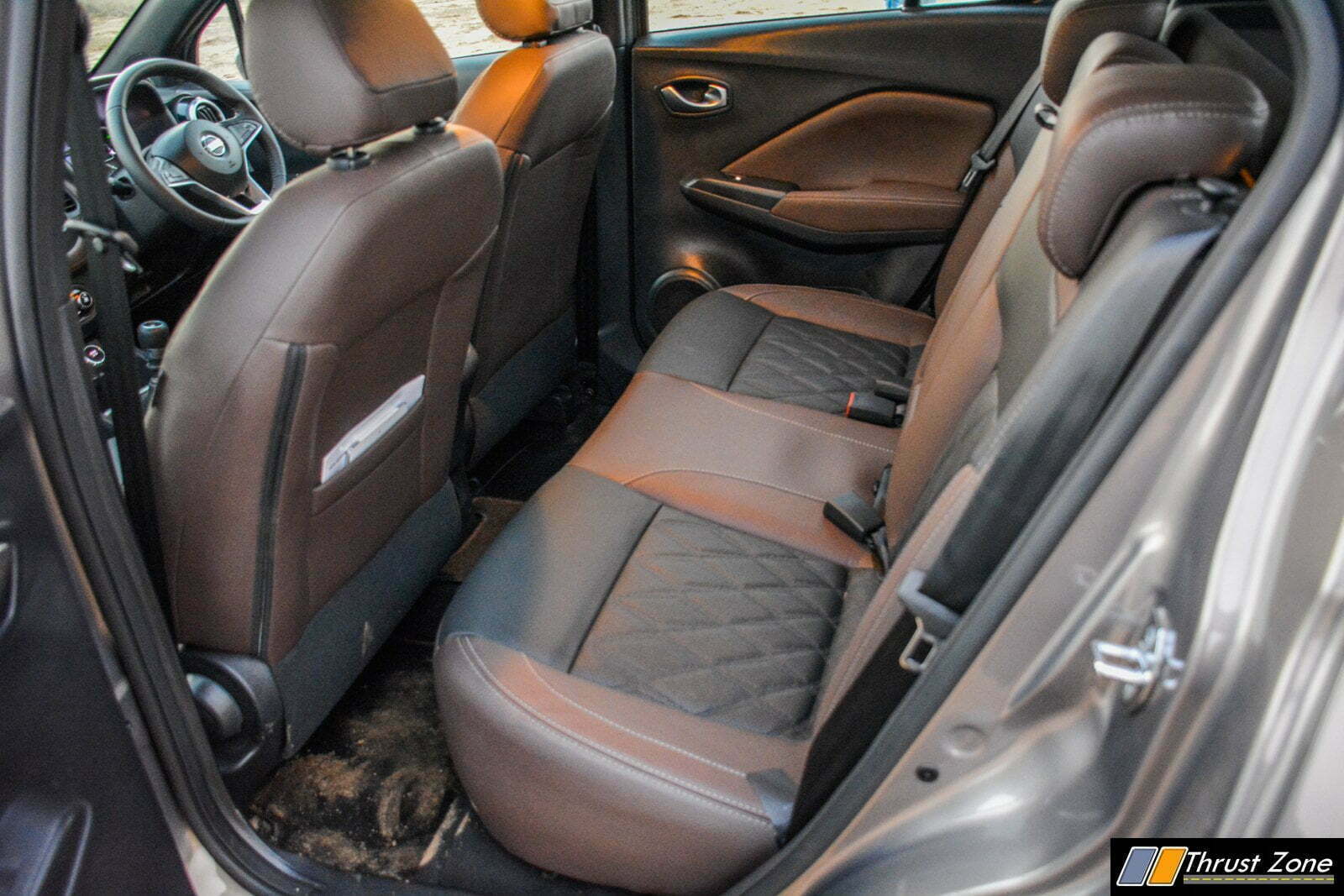 When it comes to space in the cabin, there are no cup holders in the car. The glovebox is very small, the boot space is just 400 litres but it is very practically laid out. Back seat is spacious enough, but it could have done with more knee room, leg and headroom is just about adequate for the normal Indian family. Shoulder room, like every competitor in this class is just about enough. Overall, good quality and good amount of features, but it could have been a bit more to properly compete with its rival. 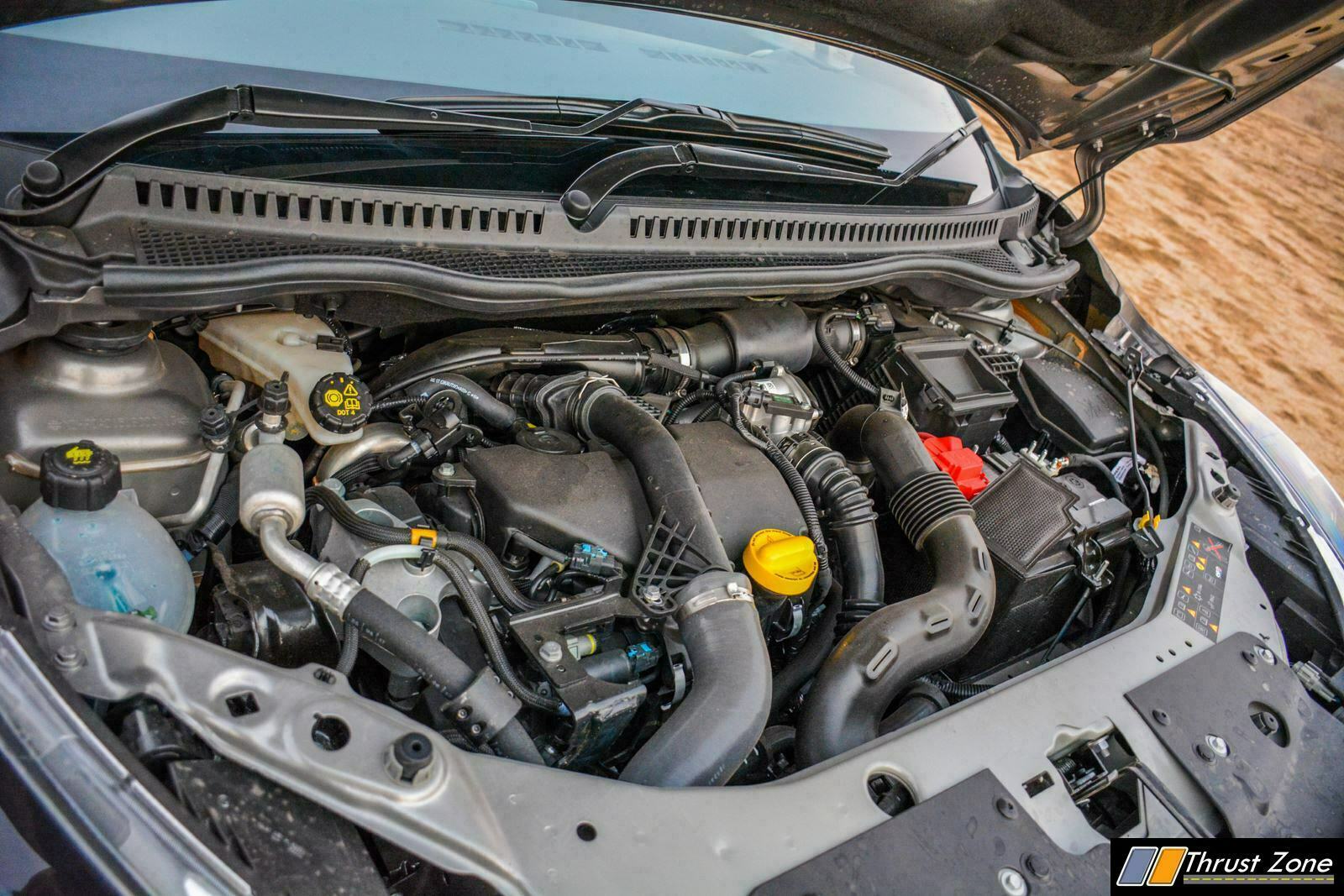 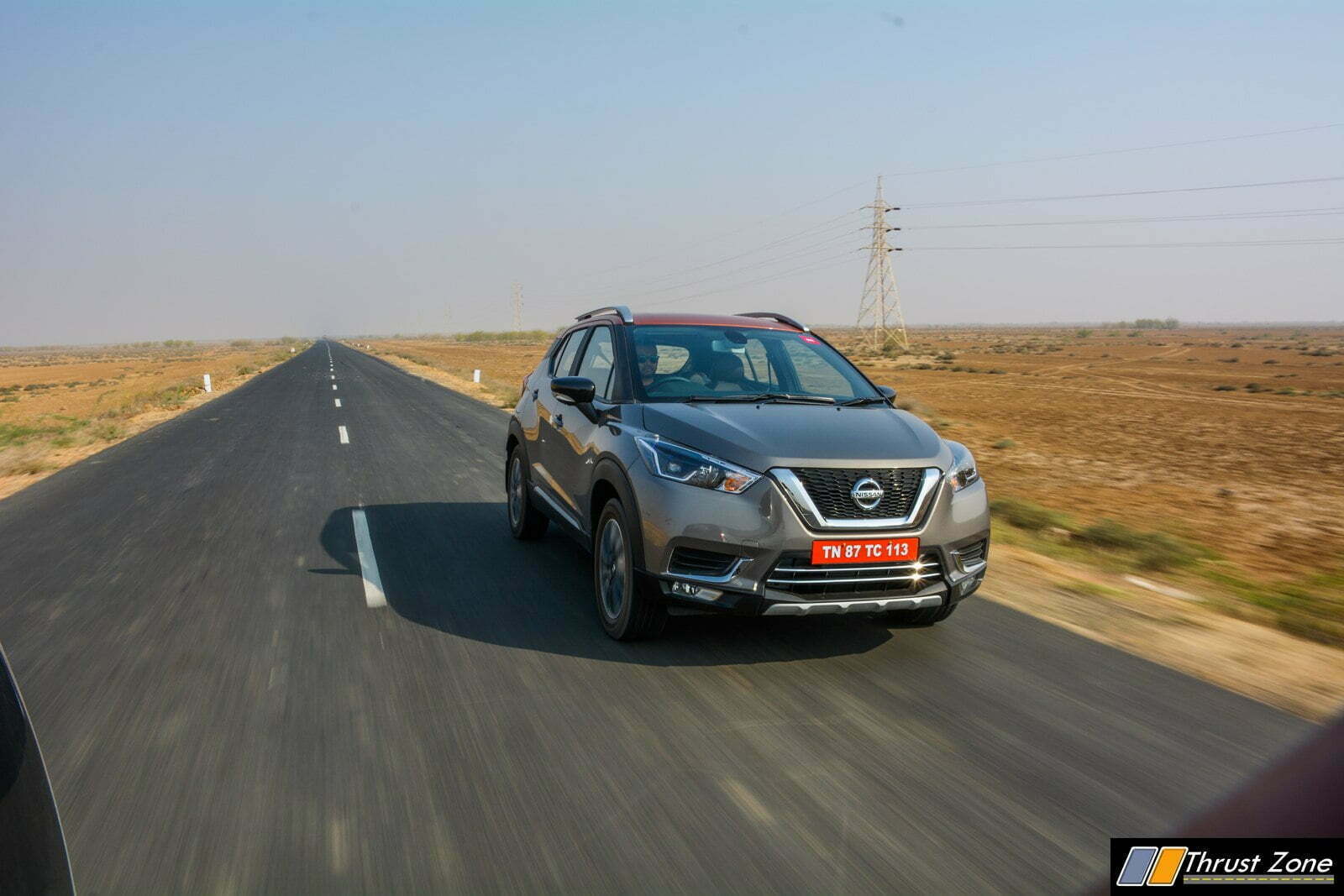 The engine is the tried and tested 1.5 diesel motor that was offered in our test car. The 6-speed manual was just about smooth to use, the clutch continues to be firm and takes some time getting used to. The NVH levels are good inside the cabin but the engine is audible at idle and redline by a small margin. The motor has proper mid-range as we know from many encounters of this engine. 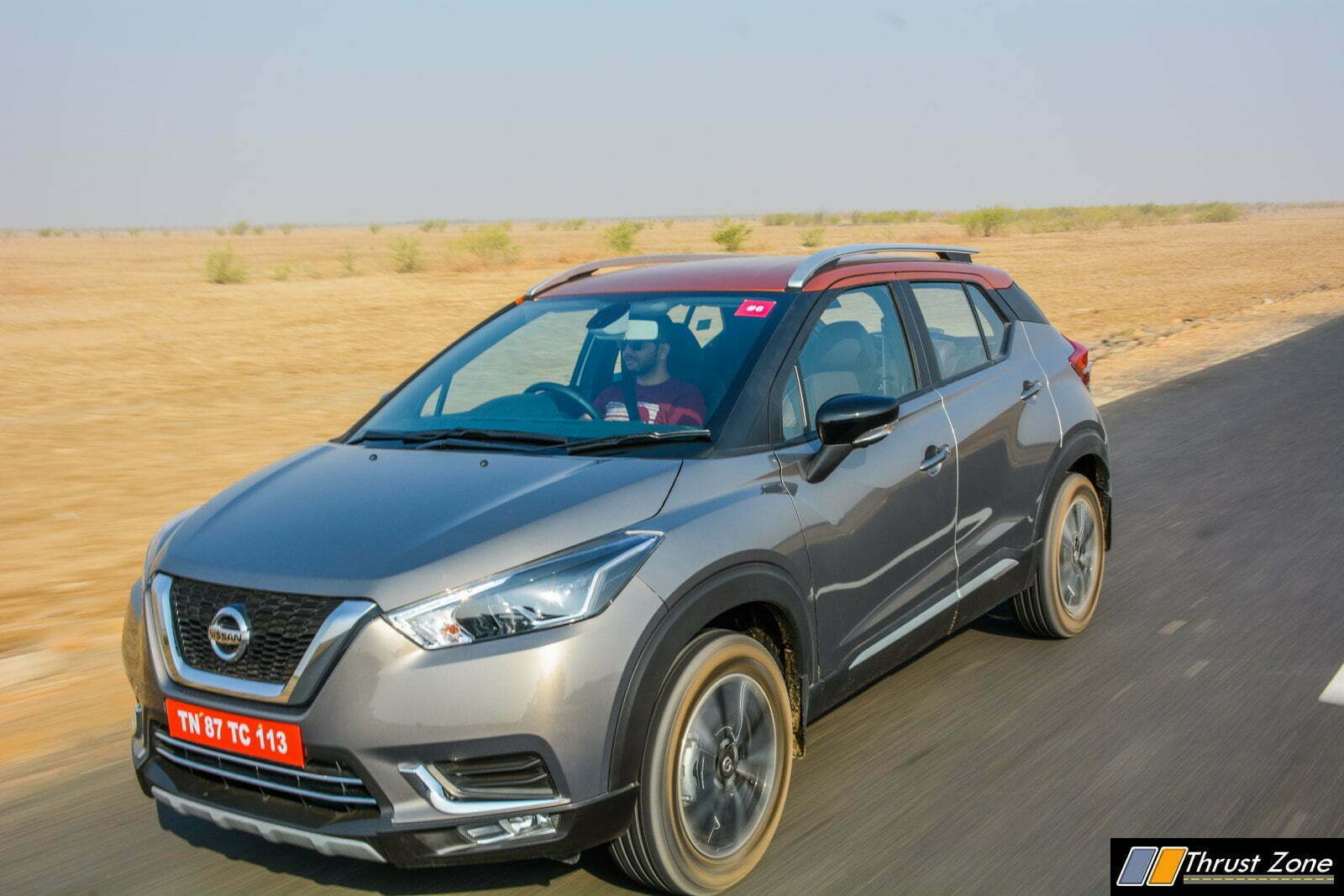 The 110 PS and 240 Nm comes to life at 2000 RPM and work its magic till 3500-4000 RPM after which its all over. The cruising speed can be anything between 100-120 km/hr which we saw while driving from Bhuj to Dhordo, Kutch. The engine is a properly highway friendly and does city duties, but with a little effort. 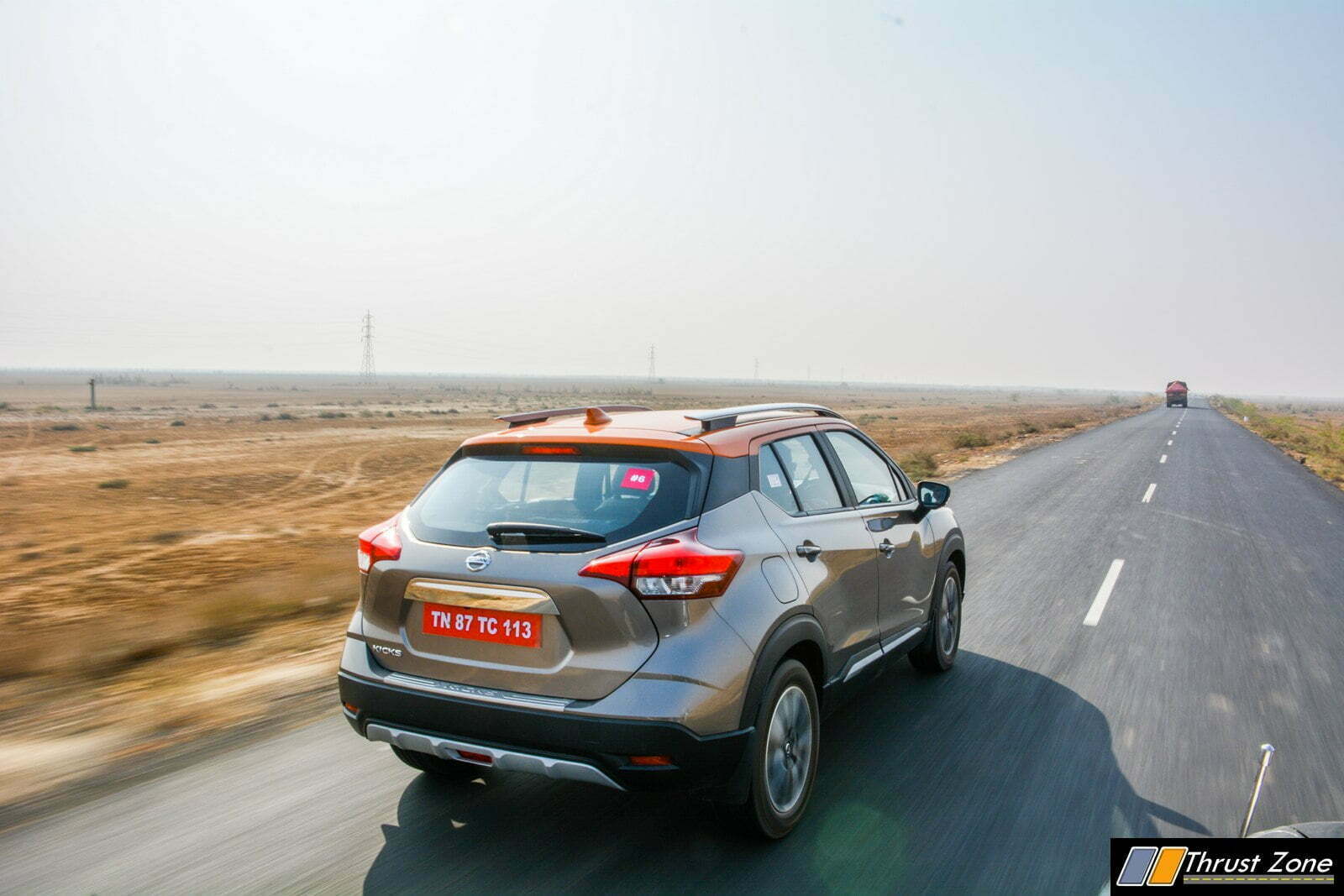 The visibility is good all around, the seating is a bit high for the lowest setting of the seat height. Expect this engine to deliver 15-16 km/l overall, a bit more on the highway, which is far more superior than the Hyundai Creta. 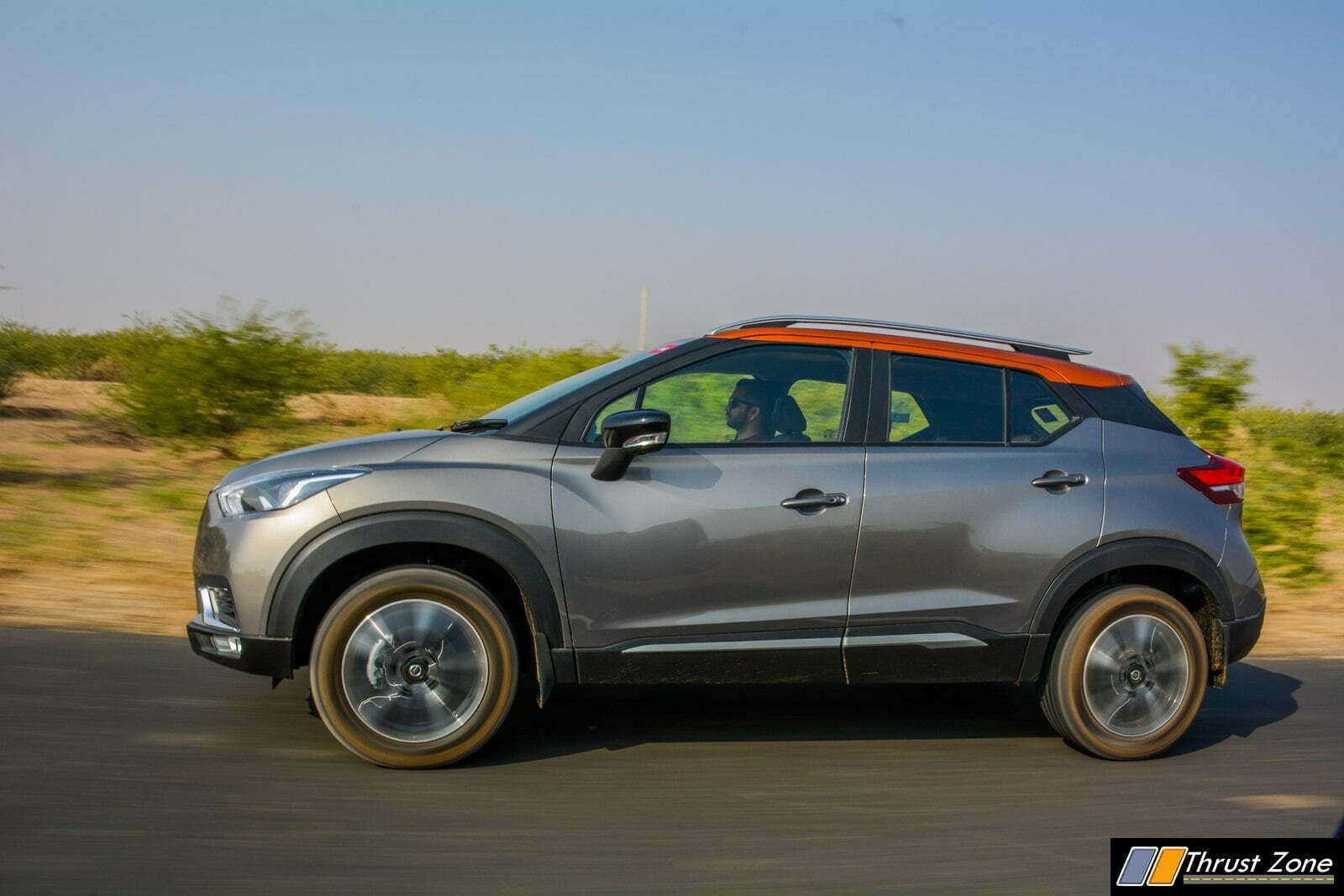 Body roll is well contained, the steering response is very good and feedback is great too. Brake pedal bite is spongy but post that, there is enough braking power. The suspension is also great, the ride quality is perfect for our roads even with a sportier setup which the SUV offers. 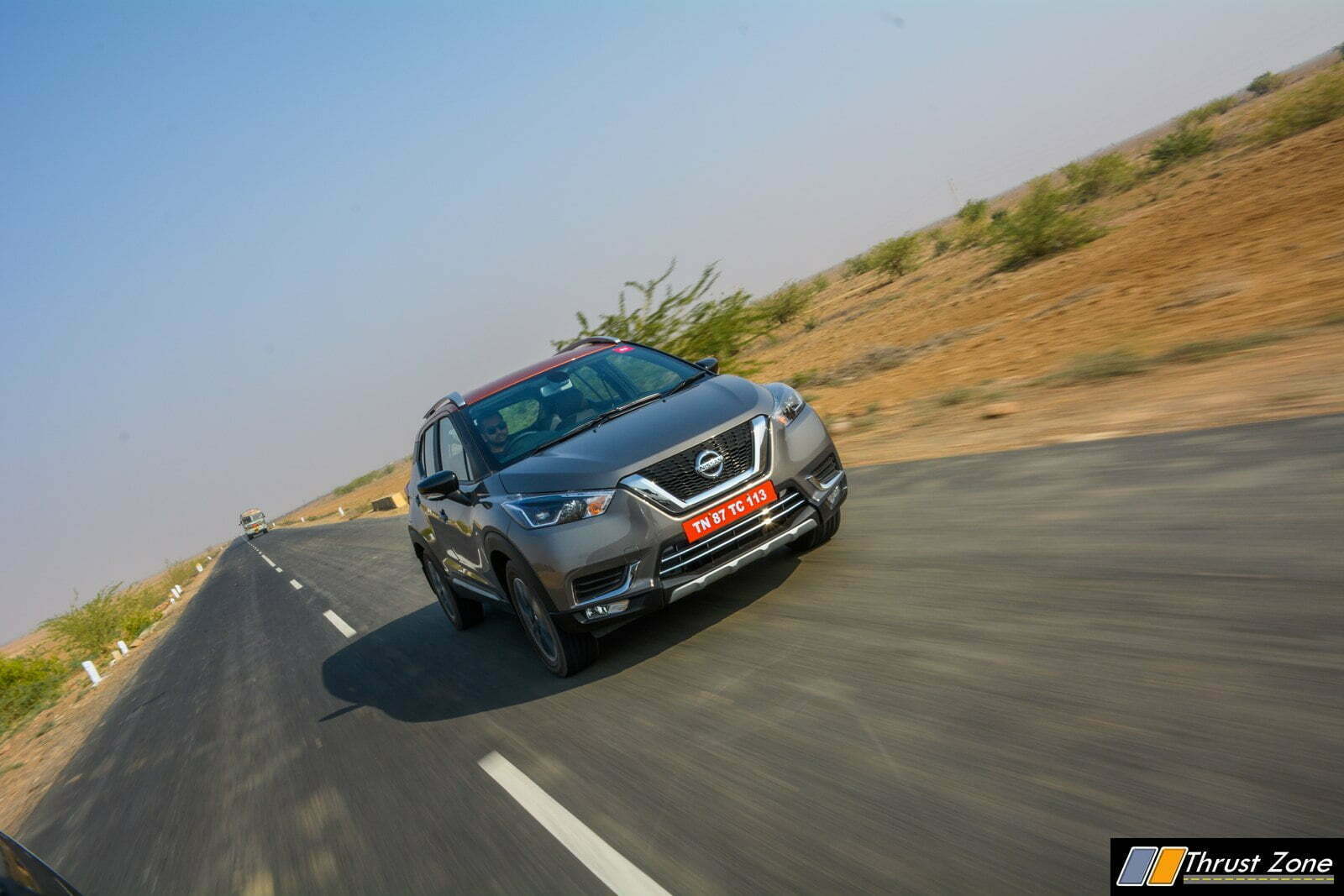 The robustness from the suspension and the abuse friendly built in this SUV is very apparent. Highway stability is excellent and cornering is not a problem in this car, this is clearly the best ride and handling package in this segment by far and established rivals like Creta can only dream of achieving a balance like this. 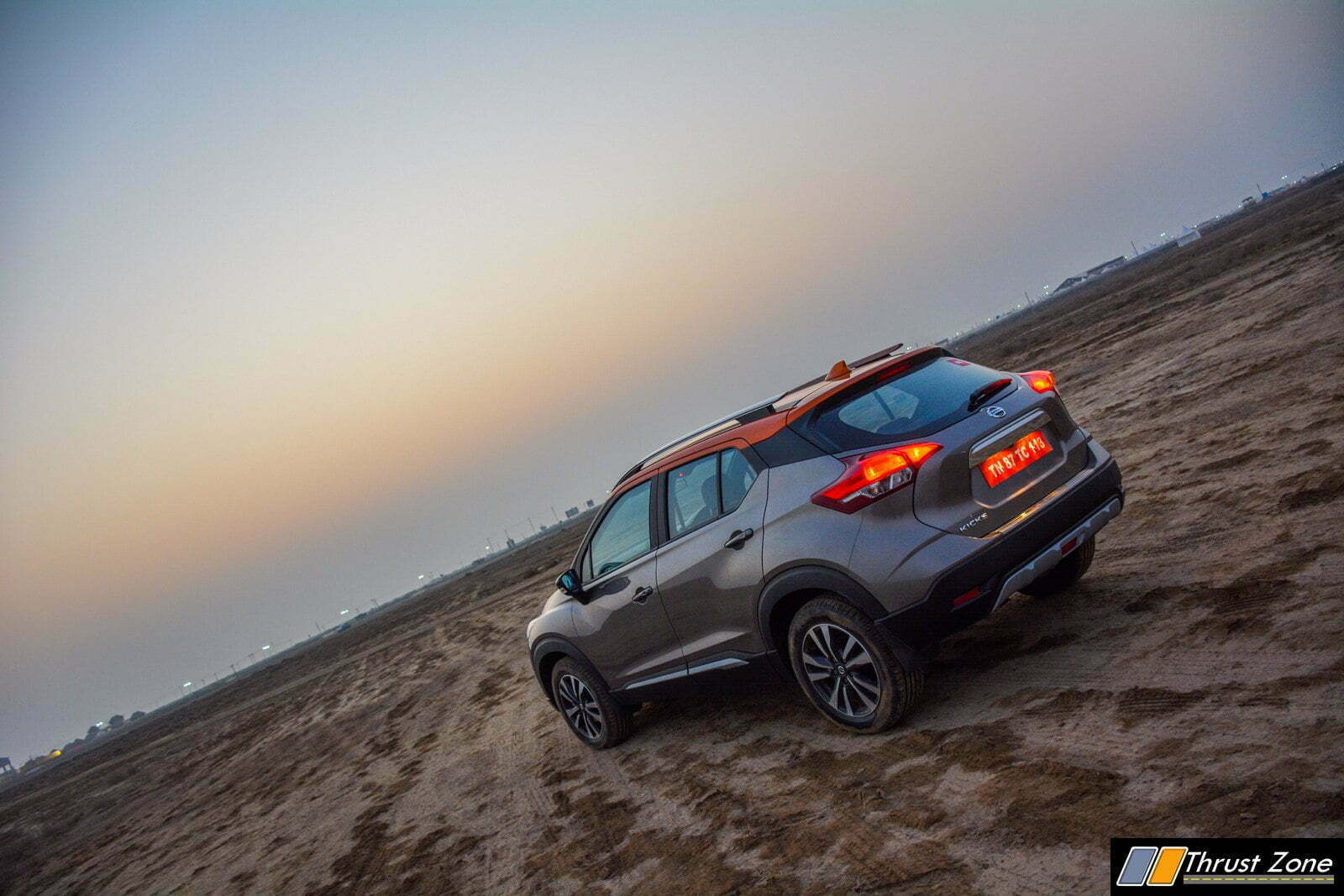 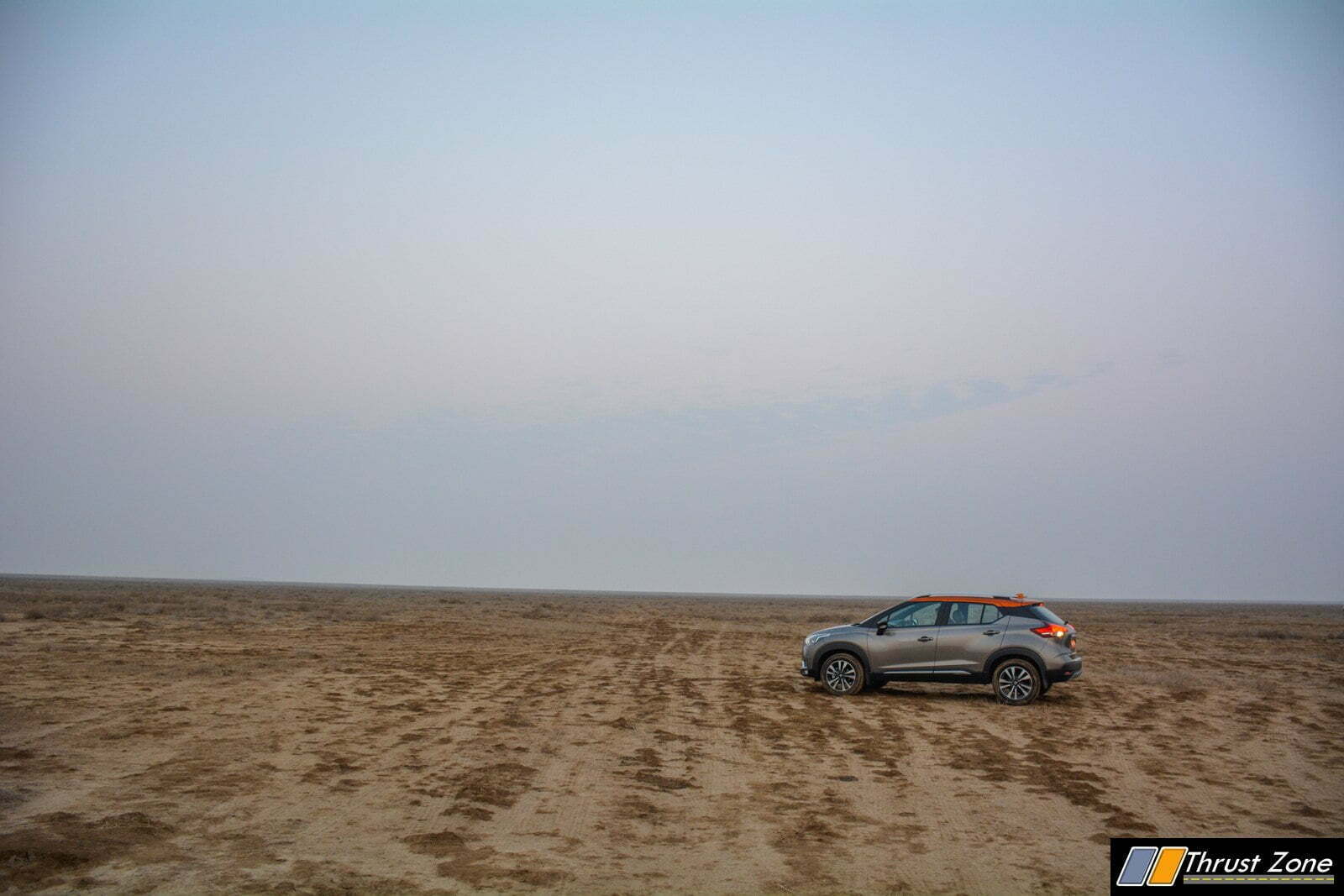 Clearly, the Nissan has strong legs this time and it is ready to Kick the competition where it hurts. The SUV has the best ride and handling, features list almost plenty-much, the SUV feels robustly built and it has an insanely proven engines on board. The styling is funky and contemporary, which is a rare balance in today’s SUV segment. The lack of automatic for now, is, as you guessed it, is temporary. 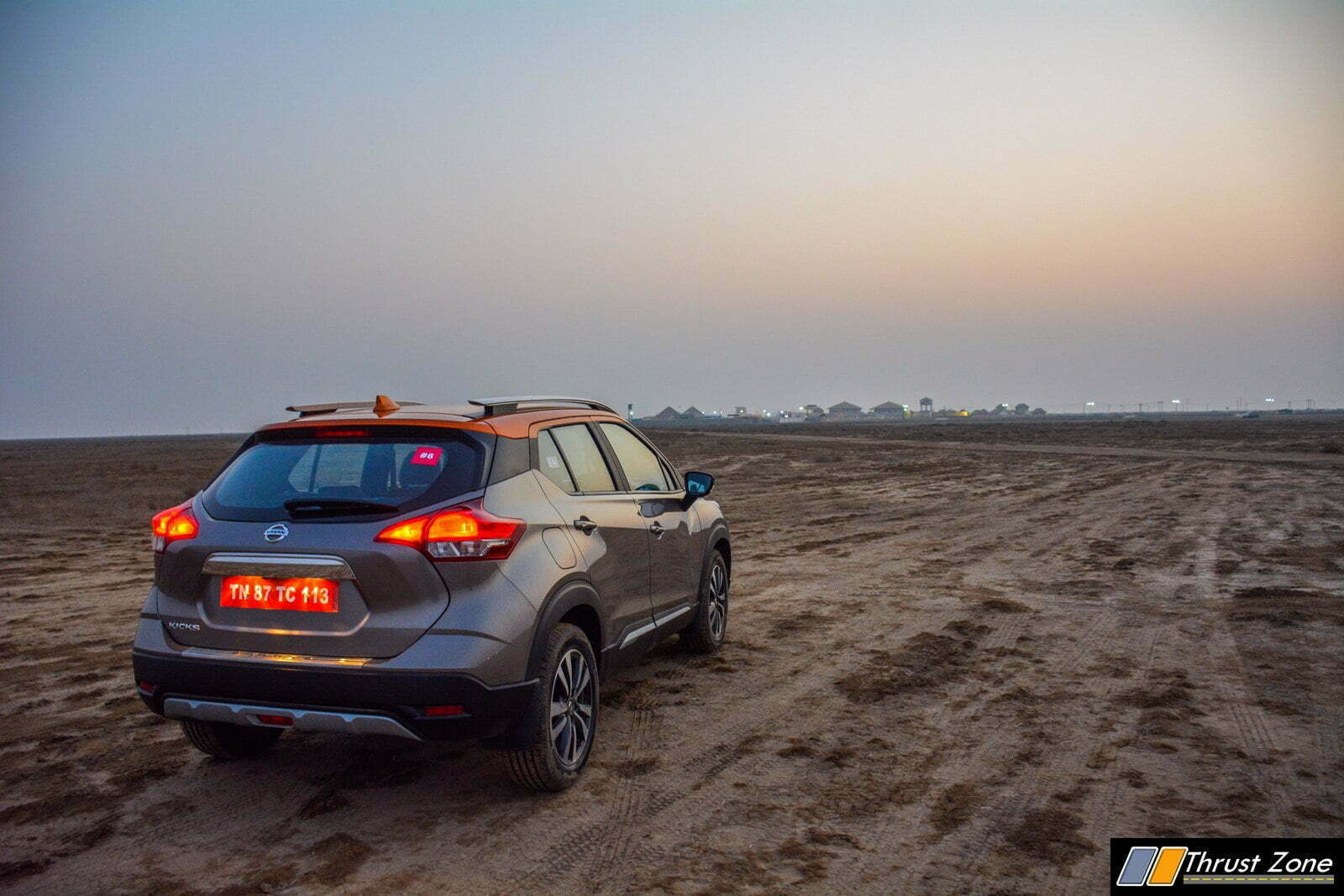 Next year we will see automatics come in and finally Nissan will have something to against the upcoming and current rivals. Nissan needs to price it right and once they do, they will open doors to things such as profitability, success and customers which are not a plenty-much right now. Over to you Nissan India, nobody is stopping you now to be a winner and having your chicken dinner!