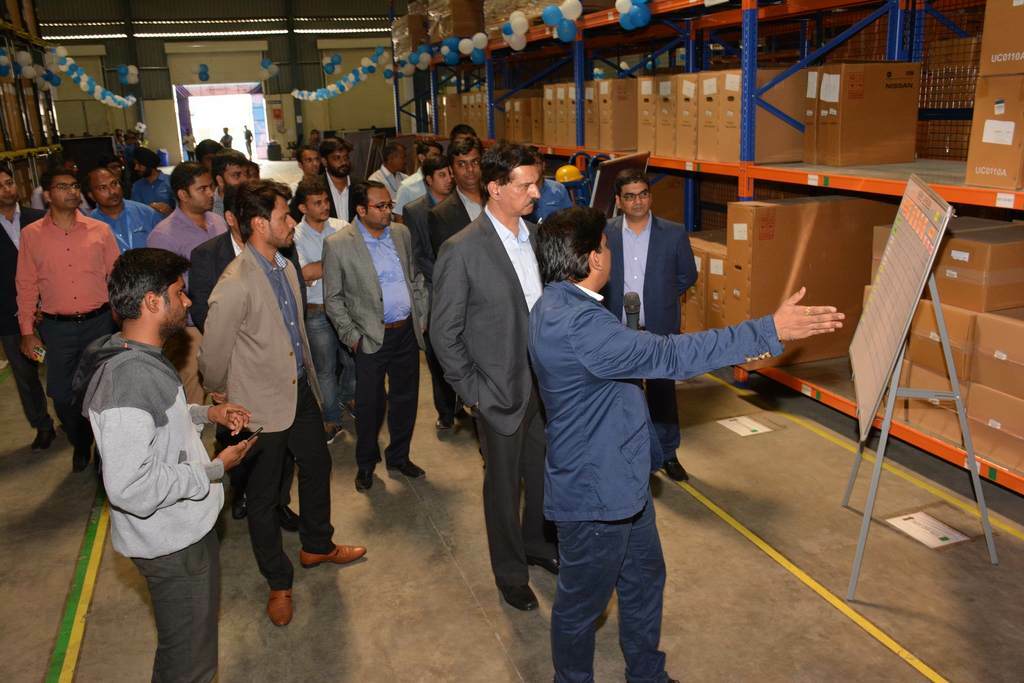 Nissan inaugurated its third regional parts distribution centre to strengthen its after sales service across the country. The new parts distribution centre located in Pune, Maharashtra, will improve service to customers by speeding up parts delivery to dealers in the western and central regions of India. Dealers will receive parts they order within 3 to 5 days. The new facility is situated at Chakan in Pune, Maharashtra. Center is big as it is built over an expansive 60,278 sq. feet area. The center will bring 70 new employees into the Nissan organization in India. Customers from 35 Nissan dealerships in Maharashtra, Chhattisgarh, Gujarat, Goa, Madhya Pradesh and Daman & Diu will benefit of reduced time of spare parts reaching to them.

On the other hand, Nissan stays in the news with Datsun. It announced an increase in production for the redi-GO SPORT to meet high demand for the limited edition variant. Something that has more demand than anticipated by Datsun. The company will produce an additional 800 units to meet customer demand. The deliveries for the same will be scheduled next month, which is November 2016.

The limited edition car was launched in India by for Sakshi Malik, the Olympic winner recently. Due to high demand, the company has decided to 800 more units of the same. A total of 1800 units will be sold of the car. The Datsun redi-GO SPORT comes With 9 new features and changes that make it more attractive than basic version which makes it a more substantial deal than before. Cosmetically it has bold black stripes and red accents on the exterior along with all-black interiors and a host of new features such as Bluetooth, parking sensors and other accents on the inside to make it look more sportier. The sporty-themed Datsun redi-GO SPORT is priced at Rs. 3,49,479 (ex-showroom, Delhi).