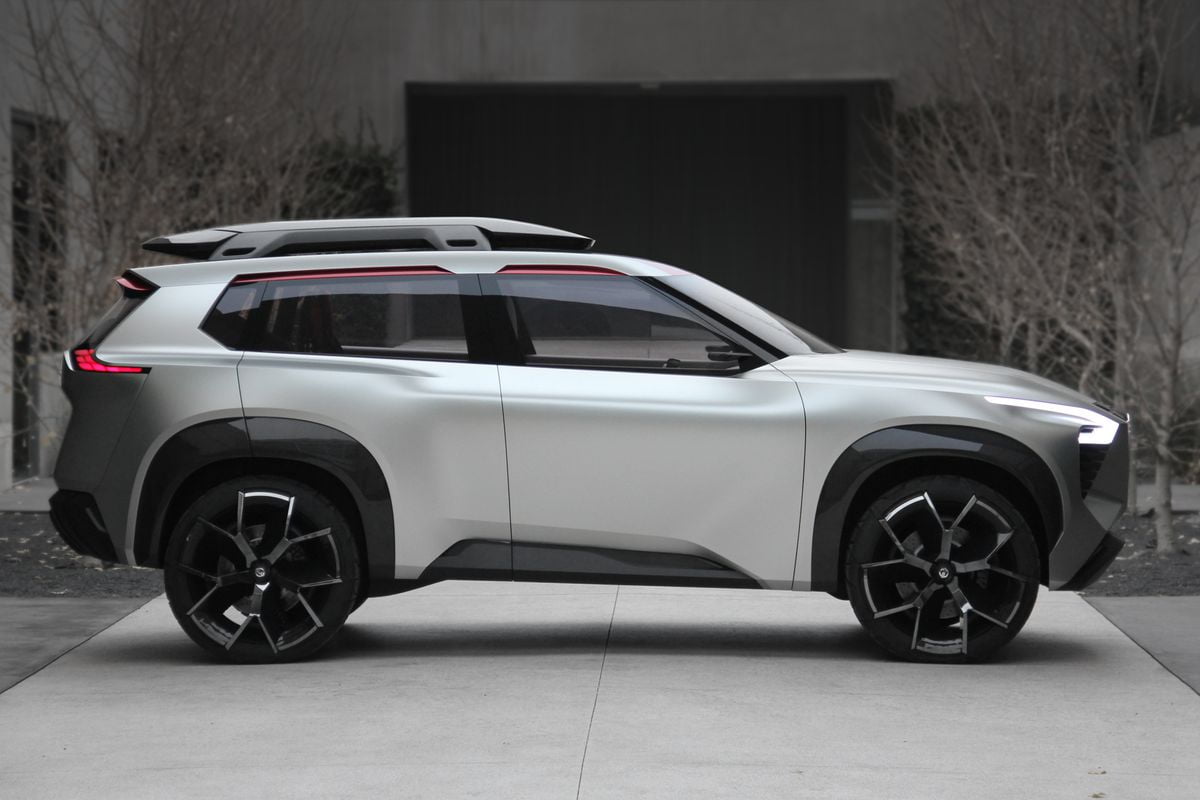 At the ongoing 2018 Detroit Motor Show, Nissan unveiled its Xmotion concept SUV. This exhibits Nissan’s the futuristic designs. The name reads out as X-motion, but it is pronounced at cross-motion. The exterior and interiors showcased are much different than other concepts showcased by Nissan.

This is three-row, six-seater SUV which gets dash of futuristic design and next-generation technology. The X-motion’s cabin is a mix of traditional Japanese design in combination with its futuristic technology. Inside, this concept is equipped with seven digital screens and one that spreads across the dashboard. While the centre console takes inspiration from the traditional kigumi wood joinery.

These displays and infotainment system are equipped with modern technology and can be controlled through eye and hand gestures. To help drivers focus better on the road, it also gets voice command through which the driver can to operate the controls in a safe manner. It is offered with three rows and can easily accommodate five to six persons. In accordance with the futuristic design, Nissan is pushing forward its next-generation driving technology. The Japanese auto manufacturer claims that this SUV will be an everyday car, as-well-as a fun off roader and can take you places with ease.

Aesthetically, the Xmotion concept has been featured with metal finished wheels and a rugged look. It gets 21-inch aluminum alloy wheels with all terrain tyres on it. This will help this concept SUV wander around on any uneven road surfaces. In addition to this the Xmotion also features a retractable rooftop box and uniquely designed tail lamps. As we already said, these designs are inspired from the Japanese woodwork.

As compared to the recently launched 2018 Nissan Leaf, the design of the interior and exterior are class apart. In accordance with these modern looks, Nissan is pushing forward the next generation driverless technology. After Nissan revealed it’s Intelligent Mobility plans back in 2016, they have started concentrating more and have also increased their investment in autonomous technology.