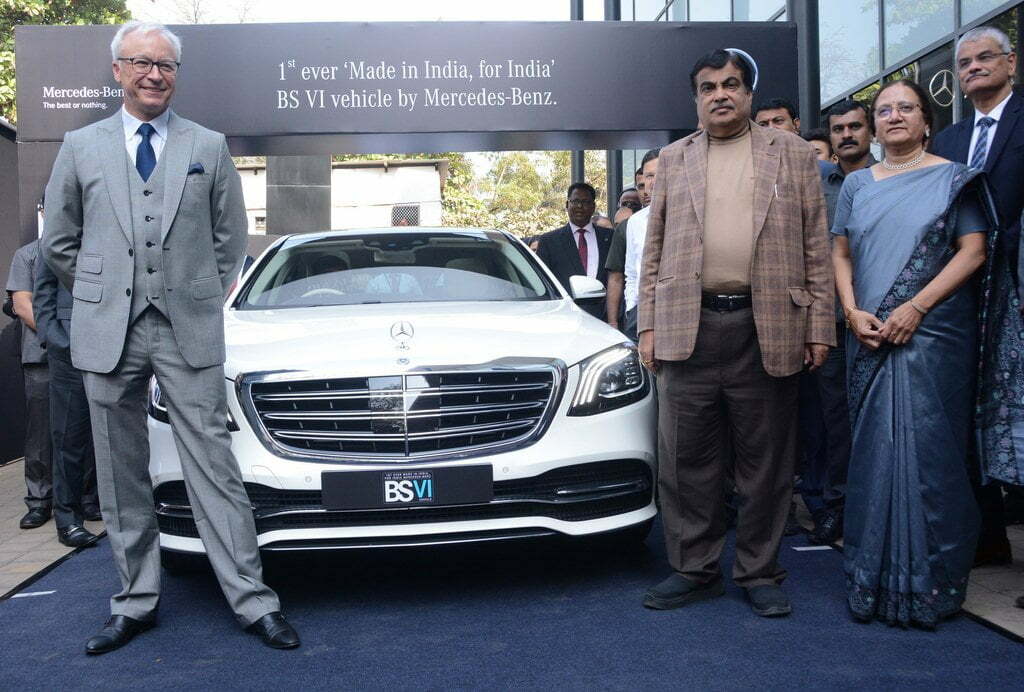  BS-VI testing conducted on both these vehicle comprises:
 Stringent emission testing (including Particulate numbers)
 Engine power test | On-board-diagnosis test
 Real world driving emission (RDE) data collection
 These are the ‘First BS VI vehicles’ with the lowest ever emission for a Made in India, Internal Combustion Engine
 With the implementation of BS VI the regulatory thresholds for Diesel and petrol cars are almost at an equal level
 The PM limit in the BS-VI Diesel engine is lower by 82% than that of BS-IV Diesel
 Drastic reduction in the NOx emissions level by 68% with the introduction of BS VI leading to reduction in gap between petrol and Diesel emissions.
 The BS VI petrol engine will be featured in the Mercedes-Maybach S 560 and the Diesel engine in the New S-Class to be launched later in 2018 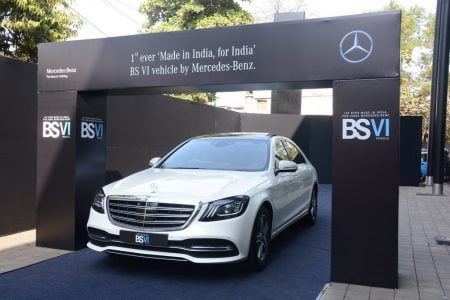 Benefits of BS VI standards:
BS-VI standards are far-reaching in scope and incorporate substantial changes
to existing Bharat Stage IV emission standards. Of particular note is the tightening of Particulate Matter (PM) & NOx mass emission limits. In a BS VI vehicle the NOx limit reduction is upto 68% and PM limit reduction is achieved at 82% in BS-VI, compared to that in BS-IV.

Stringent tests related to BS-VI emission norms:
The Mercedes-Benz S 350 d has undergone stringent emission test related to BS VI emission at ARAI, Pune and has been certified as BS VI compliant. Following are some of the tests done at ARAI for the certification of the BS VI engines: 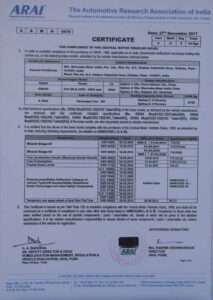 Key highlights of BS VI engine in the S-Class BSVI Variant which is the 350d variant.
S 350d vehicle comes with a state-of-art engine and exhaust after treatment technology, such as refined engine, EGR, DPF, SCR etc. These technological measures lead to reduce the emissions significantly and meet the BS-VI regulations with huge margins. The S 350 d features the most powerful diesel car in Mercedes-Benz history. The new six-cylinder Diesel engine is designed to comply with future emissions legislation (RDE – Real Driving Emissions). All the components of relevance for efficient emissions reduction are installed directly on the engine.

The special traits of the top-of-the-line engine in the diesel family include the stepped-bowl combustion process, two-stage turbocharging and, for the first time, the use of CAMTRONIC variable valve-lift control. Its design features a combination of aluminium engine block and steel pistons as well as further improved NANOSLIDE® coating of the cylinder walls.