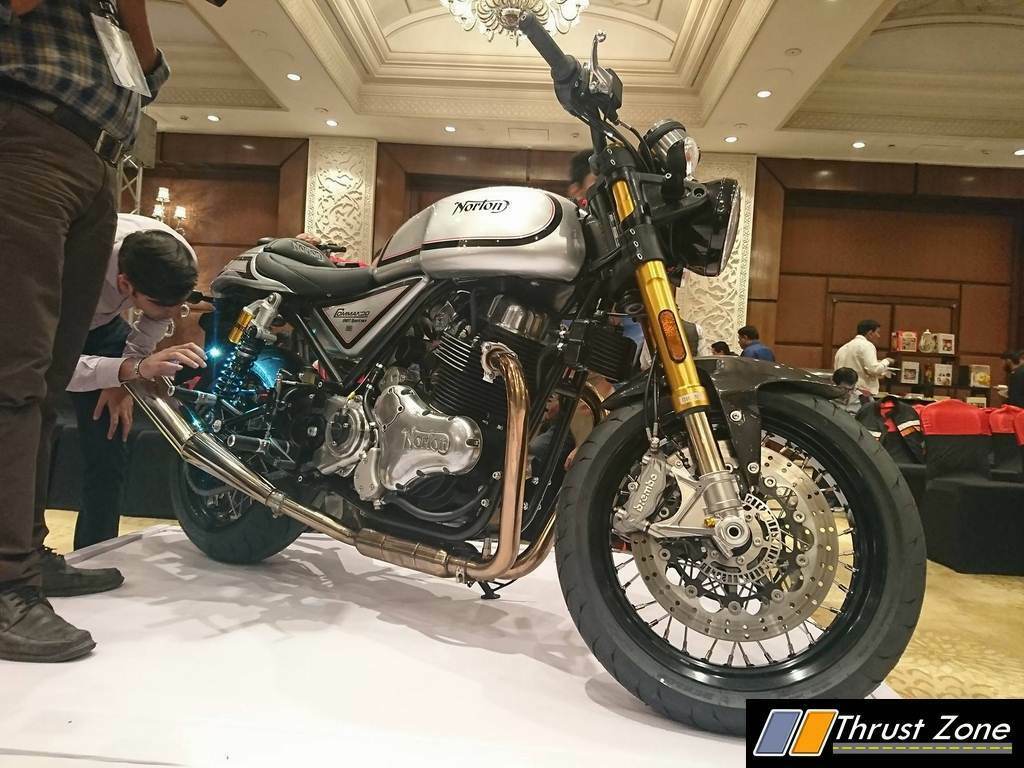 Norton Motorcycles has announced a JV with an India based kinetic group at EICMA. Today, its official as the manufacturer makes an announcement in India. This Kinetic group is also in a partnership with MV Augusta and is building a formidable exotic motorcycle range under its moto royale umbrella and also it’s using it’s as a portal through which it will sell Norton motorcycles as well.

Norton Motorcycles is an UK based company currently has a 4 motorcycle stable, this is including 2 variants of the commando 961 (Sport MK II and café racer MK II), The Dominator and a full faired superbike called the V4 RR. Sadly the V4RR was not showcased this year at the EICMA but the Dominator and the Commando were, and these are the two motorcycles which will also be brought to India within the first quarter of 2018.

Initially these motorcycles will be imported through the CBU (completely built unit) route which means that it will it will come to India completely assembled but that’s not the case for the Norton kinetic JV as it is keen on switching on to the CKD (completely knocked down) route which means that nothing will be assembled. All the parts will go to the assembly unit and then get released. But this will happen only once the assembly set up is in place. Keeping costs and retail price in mind the JV will start manufacturing 50 percent of the motorcycle’s components

Norton Motorcycles India will include the Commando 961 MK II will be available in two variants and it’s the cheapest among the two and it’s priced at Rs 13-14 lakhs in the UK and hence making the café racer the most expensive. Coming to the engine it’s a 961cc fuel injected motor with simple well-rounded aesthetics and Norton’s classic motorcycle design. Same motor for the Dominator as well which produces 80bhp at 6500 rpm and 90Nm of torque at 5200 rpm. Both bikes have 5-speed gearbox. As far as safety is concern neither of the bikes gets ABS. Both motorcycles get Brembo High disc brakes which is 320mm twin disk up front and 220mm single rear disk.