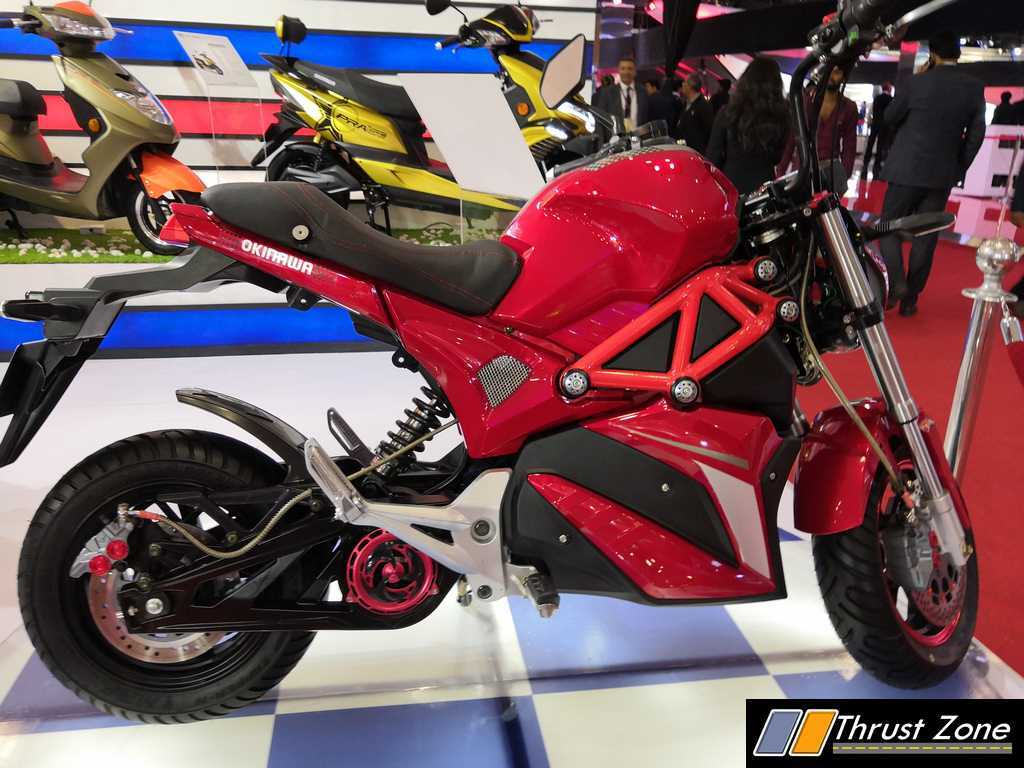 Okinawa steals the show with its OKI 100 concept and the new Ridge electric.

Okinawa’s debut in India was pretty interesting. The company started their operation with the launch of the Ridge scooter which was primarily aimed to eat into the market of the ever popular Honda Activa. This new brand created quite a stir in the electric segment which was stagnant in the recent years. Although the Ridge had its shortcomings, it did manage to make the cut in terms of sale.

At the Auto Expo 2018, Okinawa was nothing short of a crowd puller with its unique concepts and models. Starting with the OKI 100 prototype, the motorcycle is filled to the brim with style and funk. Okinawa has hit the ball out of the park when it comes to styling on the OKI 100 prototype. The first thing that comes to your mind after setting eyes on the OKI is its sheer resemblance to the Ducati Monster.

It gets a nice sculpted tank which merges into the single piece seat and ends in a neat looking tail. The bike gets raised handlebars which are mounted on the forks which inturn are mounted on the steel trellis frame very similar to the Monster. The OKI is equipped with a monoshock at the rear and a steel trellis swingarm. The bike has disc brakes both at the front and at the rear. Interesting bits are the transparent faux clutch cover, a LED headlamp that is identical to the one on the Monster 797 and an all-digital instrument cluster. 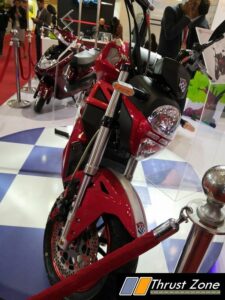 The bike gets a motor that develops a meagre 3.3PS of power and can propel it to a claimed top speed of 100kmph. The 72V, 63Ah lithium-ion battery takes about 2 hours to fully charge and can last for up to 150 km of riding. Along with the OKI 100, the brand also showcased the Ridge scooter with a changeable lithium-ion battery. This new Ridge can reach a top speed of 55kmph and has 1.1PS of power. The expected price tag of the new Ridge is somewhere in the ballpark of INR 50,000.