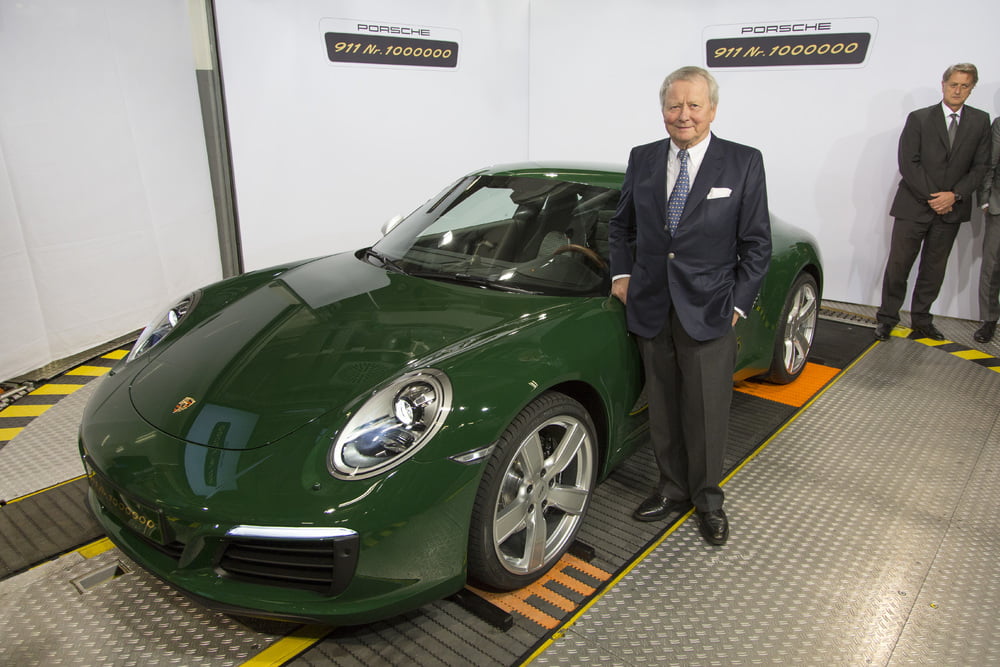 The 911, today in Zuffenhausen, the one-millionth model rolled off the production line – a Carrera S in a special “Irish Green” exterior colour, with many exclusive features to emulate the first 911 models from 1963. The two-door, rear-engine car remains the most strategically important model in the product range and makes a huge contribution to maintaining Porsche’s position as one of the most profitable automotive manufacturers in the world.

The Porsche 911 established a new class and remains at the pinnacle of the premium sports car segment. In 2016 alone, 32,365 vehicles were delivered worldwide. Nevertheless, it has maintained its exclusivity over the decades and has become a coveted collector’s item. The quality of the 911 is legendary and as such, over 70 per cent of all 911s ever built are still ready to drive today. Designed for both the road and track, no other sports car embodies this recipe for success quite like the 911. Over half of Porsche’s 30,000 race wins can be credited to the iconic car. It thrills private motor sport enthusiasts around the world in many racing series.

Porsche has never strayed from the founding concept of the original 911. One significant factor in this success is the production site at the headquarters in Zuffenhausen, where all 911s are manufactured. Today, all two-door models such as the 911, 718 Boxster and 718 Cayman and ofcourse their various derivatives are handled on one assembly line thanks to a new production approach. The assembly workers are experts in up to 200 different tasks and with passion along with knowledge, they make sure that each Porsche is delivered in the quality that is typical of the brand.

The one millionth 911 will start its journey at Porsche, before then moving on to enrich the collection at the Porsche Museum, followed by a world tour that will include road trips in the Scottish Highlands, around the Nürburgring, the USA, China and beyond.