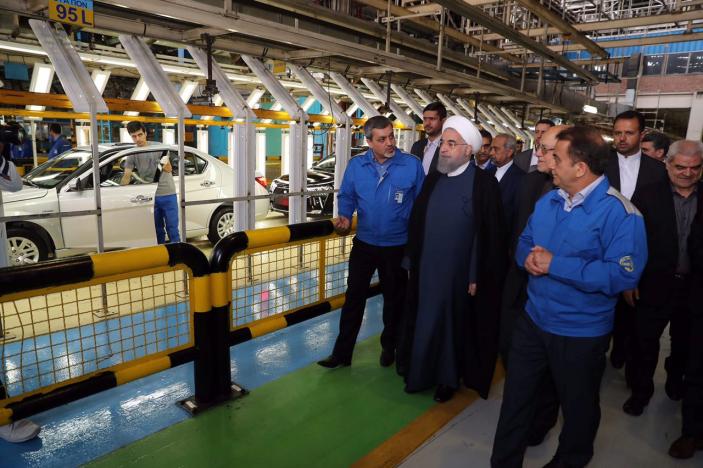 PSA Enters Iran as car sales saw a massive boom of 50% in just first quarter in 2017. VW said it cannot afford to take risks in the country

In what seems to be an very interesting story from the Middle East and India’s biggest ally, Iran, PSA who is set to come into Major countries and continent in the next few years, has started its re-entry back into Iran. The manufacturer was already there before and now is making a comeback with major investments. Reason is because bulk of the manufacturer aren’t concentrating in Iran and have backed off because of tensions earlier in the decade in Iran and diplomatic and financial issues that were imposed with America. America has also become a place not to do business well thanks to the newly elected president. Renault PSA says this is the exact time when they can flourish in a market which has been deprived high quality foreign cars that the domestic manufacturer are not capable of making.

PSA and Renault are in partnership with local companies to deliver the manufacturer their products. Iran car dealerships reports say that people are buying new state of the art cars and blowing their savings on the same as time and tide shifts to a new era where Iran can be in the major country list who are growing rapidly. Iran government has showcased everyone in the country just before elections that they have secured over 768 million worth of investment from foreign companies.

While more specific details are not out, there is still a lot of things happening over the top in the Iran automotive world which signals a economy that could rely heavily on car sales for its economy. The government is giving them sanctions and support in every way. PSA and Renault are quickly launching products one after the other in the country. Right from Peugeot 2008 sedan to Sanderos products and along with compact SUV’s are being launched. The president of the country was seen at the launch in the PSA factory. 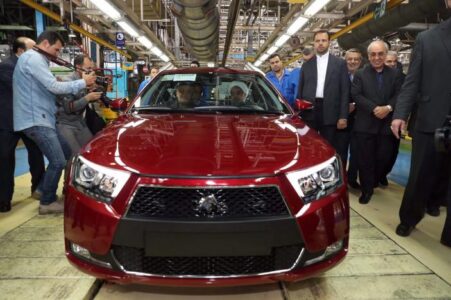 When asked European manufacturers such as VW and BMW they said they would wait but with specific reasons that are different. VW ended up saying that they cannot take ‘risks’ at the moment and will wait for the right moment. BMW on the other hand a statement which is rather strange. They said they have conducted studies and find it no feasible at the moment to enter the country. BMW unknown employee was quoted saying that will wait for Ford and GM to setup shop in Iran before they move in. America’s home grown companies are unlikely to do so in the near future.

These companies have very strong bases in the USA and if any sanctions may apply to them, there could be severe conscious between their parent companies in the USA. Meanwhile India’s second largest manufacturer Hyundai, is setting up a shop in Iran and is set to roll out the Accent sedan and i20 hatchback and will benefit from the country’s relentlessly and recent quest for good cars. PSA could come next to India as talks are going on as Renault is already doing well in the country. India is also set to get a new manufacturer and it is KIA, Hyundai’s parent company.

2017 Maruti Suzuki Dzire Launched in India At Rs. 5.45 Lakhs – 14 Variants In Petrol and Diesel To Choose From