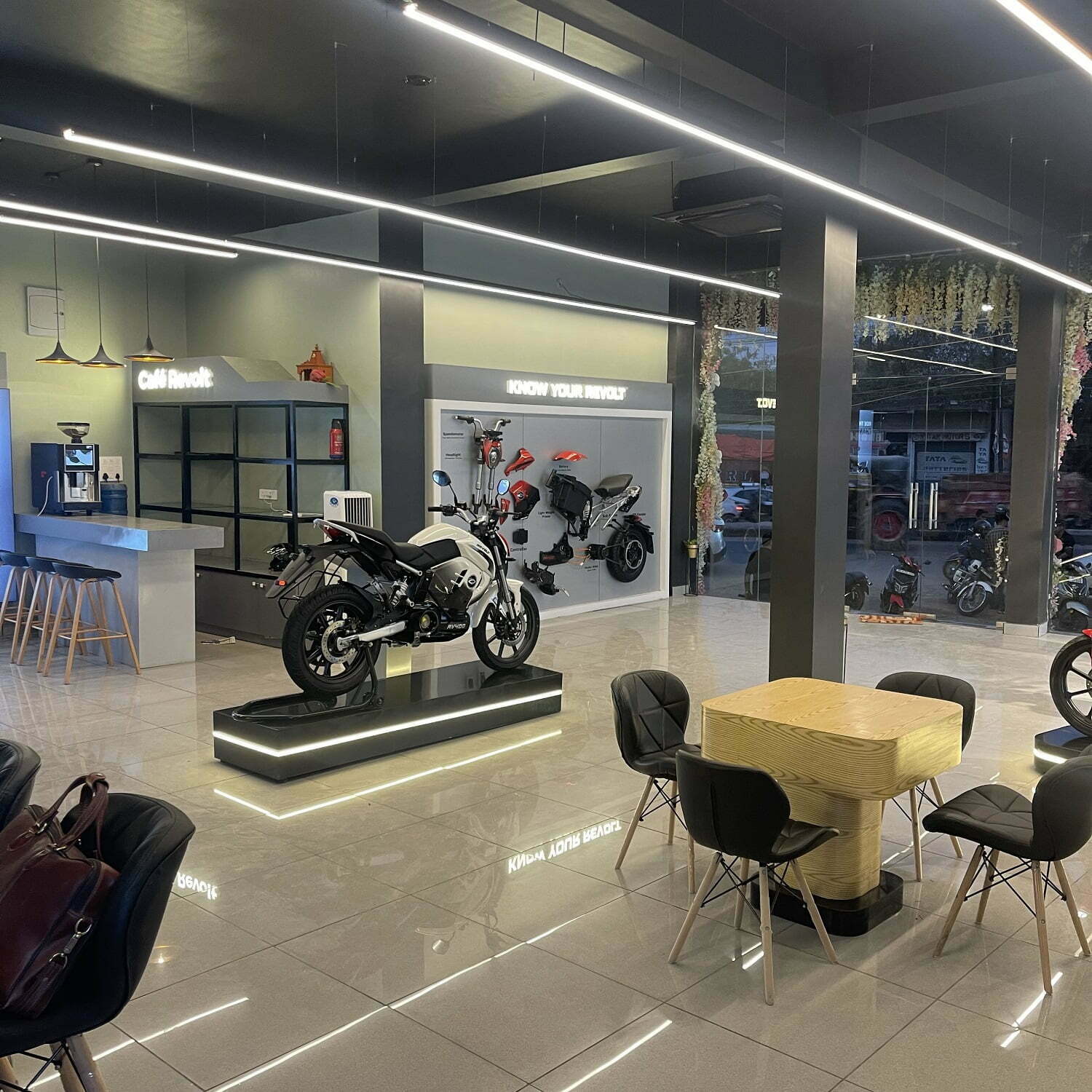 Revolt Motors, India’s next gen-mobility company today announced the opening of its new flagship store in Patna. This is the brand’s first store in the state of Bihar, through which the brand plans to cater to new consumers and promote the use of electric vehicles in the region. After the inauguration of stores in Nellore & Vijayawada in April, this is the brand’s 23rd retail store in India. With this, the company aims to strengthen its presence across the nation & open 40+ stores this year.

The FAME India scheme is gaining momentum across the country considering the environmental pollution and fuel depletion. Additionally, the Niti Aayog aims to introduce the ‘Battery Swapping’ Policy in the Nation. With states accepting the government initiatives to address this issue of adapting EV’s, ‘Revolt Motors’ has been vital with its varied store openings across India. The new store is located in Beur More, Anisabad, Patna – 800002 displaying the range of Revolt’s flagship motorcycle RV400.

The Bihar state government is also preparing to introduce its own Electric Vehicle Policy with an aim at boosting the economy and reduce the air pollution. Under the new policy being developed, charging stations will be set up at bus depots and charging points will also be installed at fueling stations.

All the new stores will be set up by retail partners across the key cities. Buoyed by the surge in demand for Revolt motorcycles, the new stores will focus on India-centric, flexible and cost-effective innovations that will drive the growth of electric mobility, in-line with making India self-reliant. The stores will not only act as sales points for the company, but also be able to experience the EV ecosystem here. One can get a chance to experience the vehicle via test ride and go through the design and the charging process. In addition to this, the company is also leveraging AI, to upscale and provide an in-house developed contactless experience for its customers. The stores are dynamic, tactile and interactive-space and aim to educate customers about every aspect of the vehicle and witness the engineering and mechanical efforts that go into Revolt motorcycles.

Consumers have evolved and are now aware of the benefits of going electric, and expect electric bikes to offer an all-inclusive riding and ownership experience.

The RV400 comes with a 3KW (Mid Drive) motor, powered by a 72V, 3.24KWh Lithium-Ion battery that can churn out a top speed of 85km/h. The bike can be operated through the MyRevolt App, which offers connectivity features such as bike locator/Geo fencing, customised sounds that you can change with just a tap on the screen, complete bike diagnostics, battery status, historical data on your rides and KMs done, and also the option of locating the nearest Revolt Switch Station to swap your Revolt’s battery at, and be on-the-move in less than 60 seconds.

RV400 features three riding modes – Eco, Normal and Sport – each suiting to the riding style and needs of the driver. Also, comes with Upside Down (USD) forks up-front and a fully-adjustable mono shock at the rear to give an unparalleled riding experience.