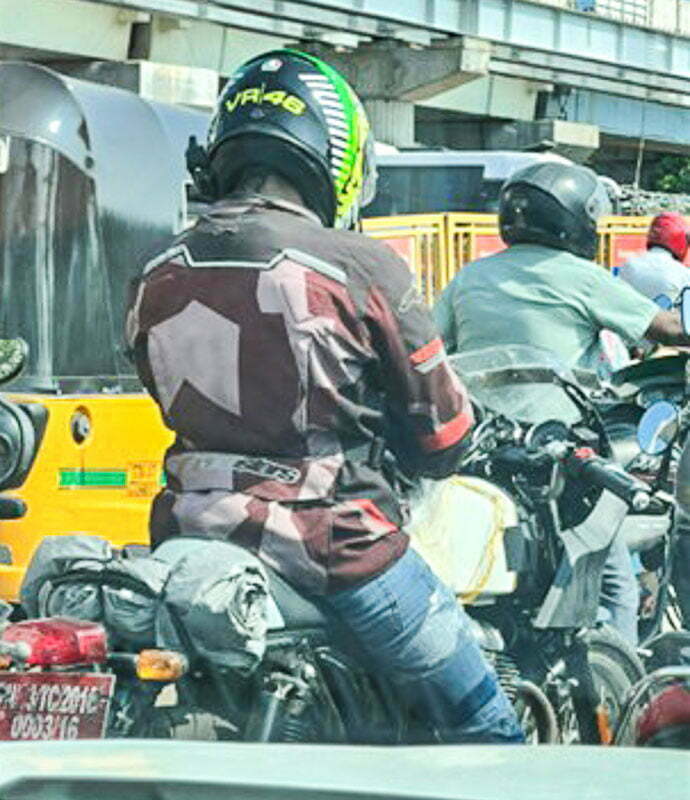 Royal Enfield did the unthinkable when it announced its own one-make racing program. But it is by far the best use of the Continental GT 650. The first season of the racing series saw the cafe racer being upgraded into a full-fledged race bike dubbed as the GT-R 650. It included several upgrades including a full-fairing, lighter kerb weight, better components and more. And now, i seems the manufacturer is testing out a road-going version of the Continental GT-R 650 that will pack more performance or ability to switch to a track machine.

The test mule shows the Royal Enfield Continental GT 650 with the full-fairing as seen on the race bike. In contrast, the current version gets a retro bikini fairing. It also gets a remote adjuster for the rear twin shock absorbers. However, it could be specific to the test mule and won’t necessarily come to the production version, if there is one. Moreover, the standard wing mirrors have been replaced by bar-end mirrors on the test mule. The full fairing will also mean that the front indicators will have to be repositioned on the motorcycle.

With respect to the race-spec Continental GT-R 650, the motorcycle gets a single seat, full fairing with a weight reduction of 25kg. The heavier exhaust was replaced by a free flowing unit while the headlamp and indicators were removed as well. It also gets clip-on handlebars, rear-set foot pegs, a belly pan, along with a revised front sprocket and slick tyres.

It’s unclear as to when the road-going Continental GT-R 650 will hit the market. What we do know is that Royal Enfield is planning a product offensive that will see the brand bring a host of new models and different versions of its existing range. The 650cc family is all set to grow and the CGT-R 650 would be a worthy idea with many takers. We should hear something around it at Rider Mania this year. Meanwhile, the second season of the Royal Enfield Continental GT Cup is underway.