Royal Enfield is working on a number of motorcycles, both all-new offerings and updates, and the company will have something to launch every quarter. We are seeing multiple test mules promising a long line-up of bikes in the making across multiple categories. The latest test mule that has emerged on the internet seems to be that of the new Royal Enfield Super Meteor 650. This could just be simply a Meteor on the 650 cc platform expanding the family further.

The test mule gets a retro design language that we’ve come to expect from Royal Enfield motorcycles. The bike gets a huge fuel tank, broad front and rear fenders, dual exhausts, and a low-slung cruiser stance. The bike also gets a LED headlamp and dual-tone alloy wheels. The spy shots also reveal front-set footpegs and a lower handlebar. There could be two types of 650 cruisers.

The first one in this range is a cruiser which could be named Super Meteor 650 since the ‘Meteor’ branding is used by Royal Enfield for its cruiser offering in the 350cc category. The second one is a single-seat bobber tentatively titled Shotgun 650 which could be based on the SG650 Concept. The third is going to be Classic 650. 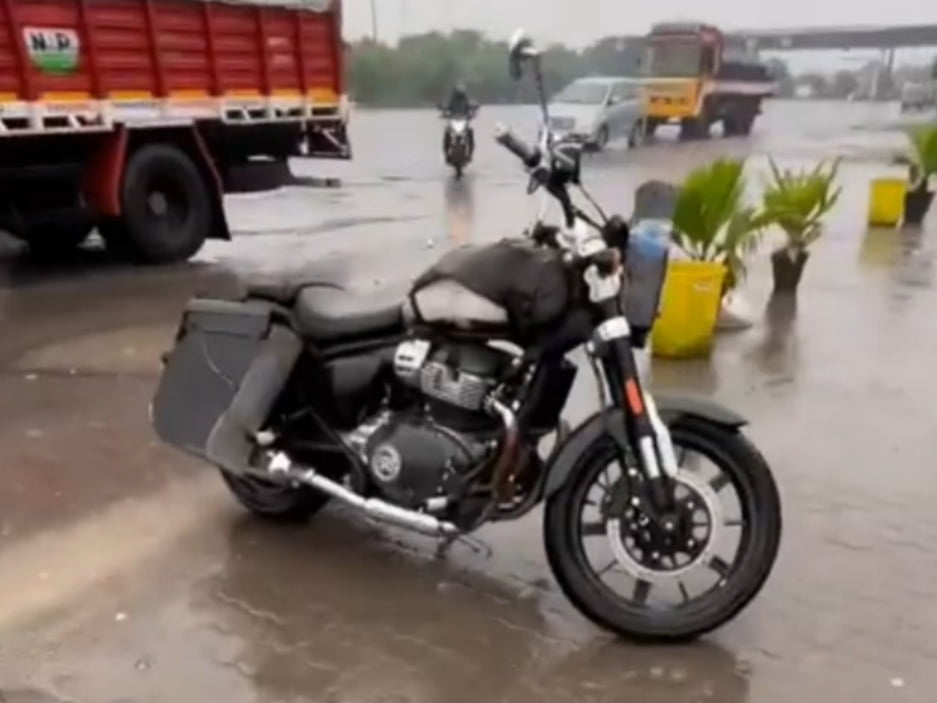 The SG650 maiden appearance was at the last edition of EICMA in Milan, Italy. Judging by all the recent spy shots, all three motorcycles have very similar styling overall but its small difference will spawn entirely new motorcycles. The new line-up of 650 cc offerings is expected to co-exist with the original 650 Twins but will be offering different flavors for different customer tastes. A Hunter 650 has also begun testing, it could be a differently named motorcycle course. Other features we expect to see on the bike include USD front forks and could have a mono-shock as well since that part is covered by RE as camouflage. Power will come from the 648 cc parallel-twin engine that develops 48PS and 52Nm of peak torque. The motor is paired with a 6-speed gearbox and gets a slipper and assist clutch. The power delivery could be tweaked on each of the upcoming motorcycles to suit different needs. More details on the RE range will unfold in the months to come. What we do know is that things surely seem exciting.