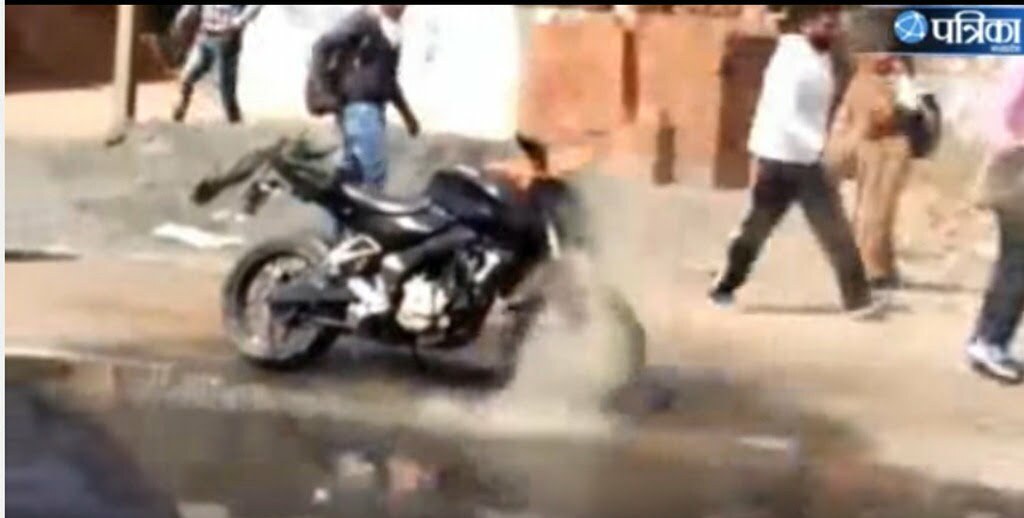 In some areas of the country, the temperature can soar upto 45-50 degree which can cause vehicles to catch fire

In recent days we have seen a lot of vehicles burnt let it be two or four wheels in the country. Right from the roads in front of us to see reports of vehicles being burnt down. If you see the pattern every year, it is exactly at this point of time is when the vehicle catch fire. April-May is the time where temperatures can reach so high that we have seen roads melt down in a part of the country. Vehicles are no exception, they are roaming around with coolant and fuel and hot exhaust with them. Wires can burn down and catch short circuit. Recently, a similar case saw a entire Maruti showroom caught fire creating a lot of damage.

We recently also saw Pulsar RS200 catching fire and last year we saw it too. Recently in Indore, Madhya Pradesh, a Pulsar 200NS has caught fire. A local news channel has reported the same. The flames can be seen coming out from the fuel-tank area where the airbox is also present in the NS200. People try to make sure the fire subsides by throwing sand and water at the same time.

The bike has been doused by the end though. As for now there is no report or analysis that have come out of this on why the motorcycle caught fire. We are sure it is under progress and the reason for the same will come out soon. Lack of maintenance, accidental nature, fitment of electrical aftermarket items unprofessional are major reasons of fire in vehicles. Watch the video below and stay tuned as we try and bring you updates on the same.