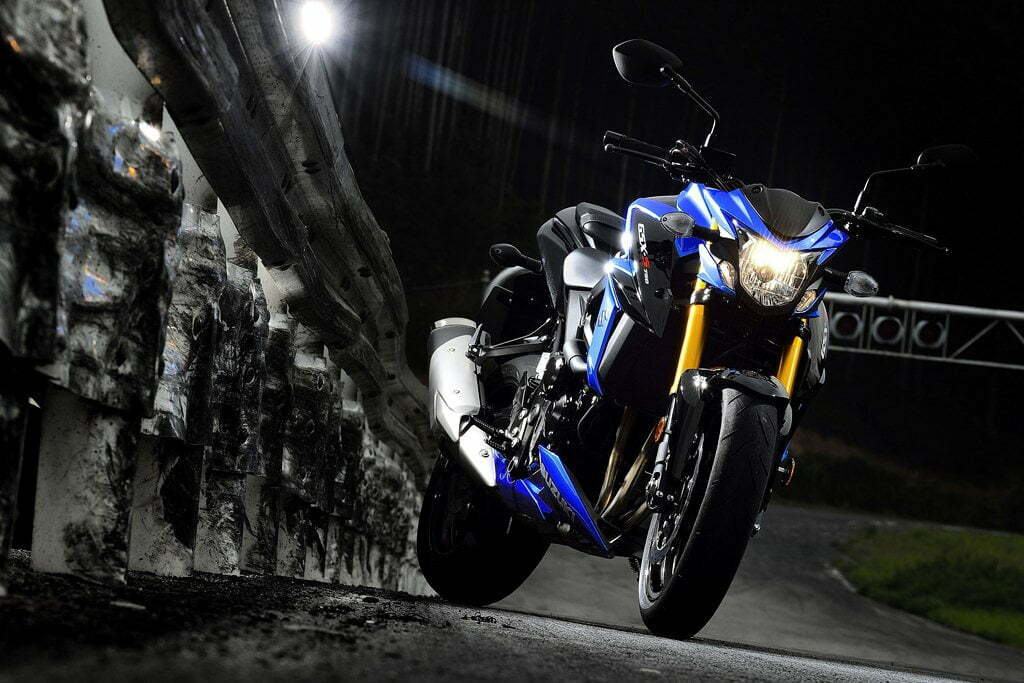 The all new and stunning 2017 Suzuki GSX-R1000R was not the only Suzuki unveil at the INTERMOT 2016. The Japanese brand has also taken wraps off two more new products at the show. The first being the all new 2017 Suzuki GSX-R125 and the other being the 2017 Suzuki S750. Both motorcycles enter fairly contested market segments and both promise to bring Suzuki much needed volumes in the segment. Suzuki has only started to come back to its usual self after the financial crisis of 2008, it being the worst hit Japanese brand during those times. Now, with a slight delay the company seems to be getting ready to be present in as many segments as possible. Let have a look at the machine it has unveiled.

Much like its counterparts, the 2017 Suzuki GSX-R125 has its eyes set on the huge small-capacity motorcycle market of South-Asia. It should also prove to be a rather effective toll for the A1 license holder crowd of Europe. To make the claim of 2017 Suzuki GSX-R125 have weight, Suzuki has designed it to be the segments best offering. As per Suzuki, the tiny little fully-faired 125cc has the best power-to-weight ratio and acceleration in its class. The company also claims that the R125 is also the most fuel efficient model in the 125 class. Other things of note being claimed are segments best torque-to-weight ratio and lowest weight. The powerplant for the 2017 Suzuki GSX-R125 is a 124.4cc liquid-cooled DOHC four-valve single cylinder engine. As for the braking part, the front of the bike gets a two-piston sliding caliper with petal discs. The bike’s front suspension is traditional telescopic non-adjustable fork assembly.

Braking at the front is taken care of by a two-piston sliding caliper and petal discs, with the front suspension coming in the form of conventional non-adjustable forks. We reckon, the 785mm seat height would suit majority of its target customers, as should the keyless ignition and LCD display. Interestingly, the 2017 Suzuki GSX-R125 also gets an LED headlight. Suzuki further claims that the R125 has the narrowest frontal area in its class. For the beginners, the bikes authentic GSX-R family look will provide and inspiration as well. You would be able to get the 2017 Suzuki GSX-R125 in three colour options, ‘Metallic Triton Blue’, ‘Solid Black 50% Gloss’ and ‘Brilliant White’.

The 2017 Suzuki GSX-S750 is the latest middle-weight naked that Suzuki has unveiled att the INTERMOT 2016. Designed to be the younger sibling to the GSX-S1000 launched last year, the bike will replace the aging GSR750. It gets its power from the retuned, Euro IV compliant version of the 749cc inline four engine from the 2005 GSX-R750. The engine makes a commendable 114 BHP @ 10500rpm and 82 Nm @ 9000rpm. The 2017 Suzuki GSX-S750 weighs 231 kgs for the ABS model while the tank capacity is 16 litres. The changes made to the engine to make it Euro IV compliant features new 10-hole long nose injectors for finer atomisation and fuel volume, there is a new air-box along with an updated four-into-one exhaust assembly as well.

On the rider aid front, the bike gets a 3 stage traction control system, LCD instrument cluster and LED tail ight and indicators. Just like the superbike offering, the 2017 Suzuki GSX-S750 also gets Suzuki’s one-button-press Easy Start system and Low RPM Assist. The chassis is from the GSR750 only, however it has been tuned for ‘sporting comfort’ as per Suzuki. The wheelbase of the bike clocks in at 145mm which is 5mm longer than the old bikes while the seat height comes in at 820 mm.

The front suspension is a 41mm gold-anodized KYB USD fork. It is, adjustable for preload and has a decent 120mm travel. The rear suspension on the other hand has a 7-step adjustable preload. Suzuki has also designed an all new swingarm unique to the 2017 Suzuki GSX-S750. Also, the wheels are new and are made of aluminium with a specially designed Battlax S21 OE rubber. Braking is provided by a pair of ABS four-pot radial Nissin front calipers and 310mm floating discs.

The colour options for the GSX-S750 stand at 4 – ‘Metallic Triton Blue / Gloss Sparkle Black’, ‘Mira Red’, and ‘Metallic Matt Black’. Both bikes are not coming to India any time soon. However, we think Suzuki India can think of getting GSX-S750 given the superbike mania happening in the country between Rs. 7-9 lakhs.