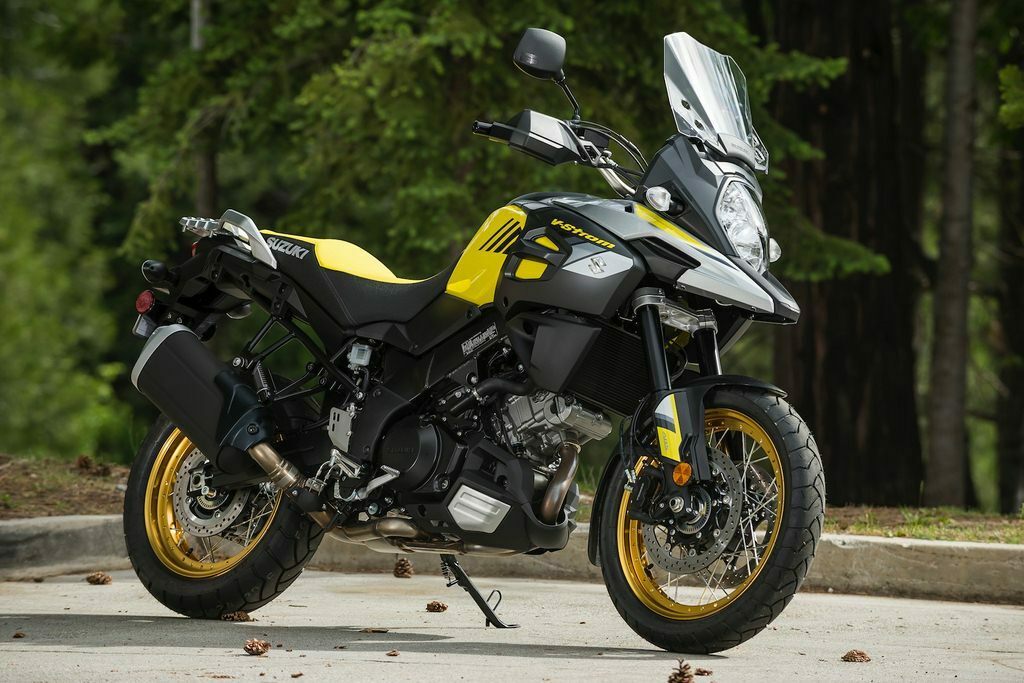 Suzuki to launch its V-Storm 1000 in the month of September 2017. The all new V-Storm 1000XT is an adventure touring bike and shares the same 1,037 cc, liquid-cooled, v-twin engine with the outgoing model which makes around 98 bhp and 107 Nm of peak torque.

Suzuki introduced the V-storm ABS in 2014 priced for Rs. 13.82 lakhs (ex-showroom Delhi). Now Suzuki is all set to replace the outgoing model with the updated V-Storm 1000XT in September 2017.

Also, it comes with a wire-spoke 19-inch front wheel and a 17-inch rear wheel wrapped in the new Bridgestone Battlewing dual-sport tubeless tyres and larger diameter tapered handlebars with hand guards as standard that offer the rider more prominent control over the motorcycle. Then, there is a new fairing with new colors and windscreen adjustable at three angles. However, the engine and suspension mechanism will remain unchanged.

The motorcycle is available in two variants globally – Standard V-storm 1000 and the V-Storm 1000XT. Though the Indian market is likely to receive the Suzuki V-Storm 1000XT version only. 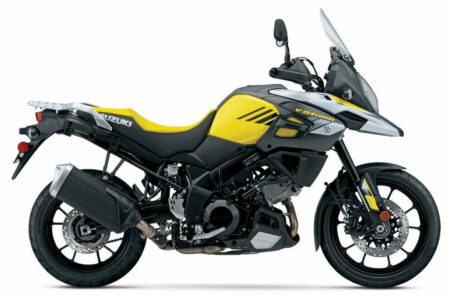 New V-Storm 1000XT is available with optional luggage accessories with single-key function. The new V-Storm doesn’t get ride-by-wire. The engine is now BS-IV compliant. The bike is based on the same chassis as its outgoing model and the suspension frame work is unchanged as well.

Currently the Suzuki V-Storm 1000 is priced at Rs. 13,45,000 (ex-showroom Delhi), and with new added features and electronics, we expect the new V- Storm 1000XT model to be priced a bit higher than the current model. The Suzuki V-Storm 1000XT will go up against the very popular and beloved motorcycles in this segment like the BMW R1200GS, Kawasaki Versys 1000, Triumph Tiger Explorer, Ducati Multistrada and the recently launched Honda Africa Twin.