Tata HBX aka Hornbill Spied Testing – Not Far From Production! 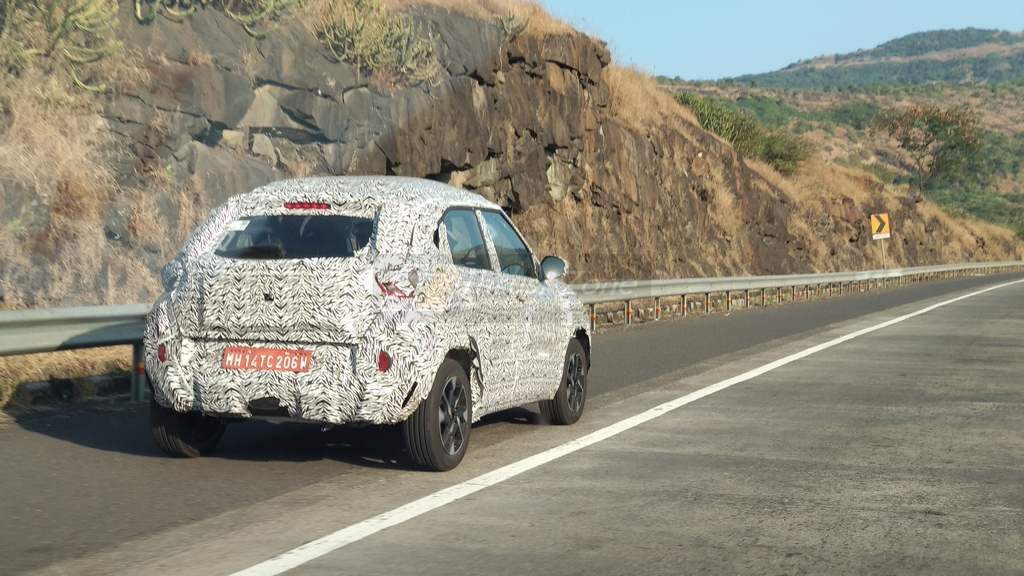 Tata showcased its H2X concept (aka Hornbill) at the 2019 Geneva Motor Show and now for the very first time, the production version of the SUV has been spied testing on Indian roads. Tata HBX was unveiled at the upcoming 2020 Auto Expo and launch will be in the second half of 2021.

The Hornbill aka HBX will use the ALFAARC platform for underpinnings and feature Tata’s new design language, Impact 2.0. The SUV will offer high safety credentials as the company has raised its standards and will aim for a 4/5 star safety ratings.

In terms of external design, the HBX will share many styling cues with bigger Harrier. It will feature a two-part headlamp unit, sloping roofline, rising shoulder line, flared wheel arches, and a rear spoiler. Dimensionally, Hornbill measures 3840mm, 1822mm, and 1635mm in length, width, and height respectively. The wheelbase, on the other hand, is rated at a competitive 2450mm. Something that is entirely visible in the spy shots. What is visible is the new LED DRL on the top and main headlight below it.

Tata HBX will be equipped with a slew of safety and security features. Expect the top version to come with dual front airbags, ABS with EBD, parking sensors, cornering stability program, steering mounted controls, height adjustment for the driver seat, auto-dimming internal rearview mirror, and follow me home headlamps. we can see the screen similar to the Nexon in the car mounted on the dashboard and look closely, you can see the Altroz inspired Dials in the front as well.

Tata HBX will only receive a 1.2-liter petrol engine (from the Altroz) which is capable of putting out 85PS and 114Nm of max power and max torque respectively. The engine will be mated to a 5-speed manual and AMT gearbox. Once launched, the new Tata HBX will take on the likes of Maruti Suzuki Ignis, Mahindra KUv 100NXt and Hyundai’s upcoming car in this same category

This Mahindra Imperio-XUV500 Crossover Is The Ultimate Indian Jugaad