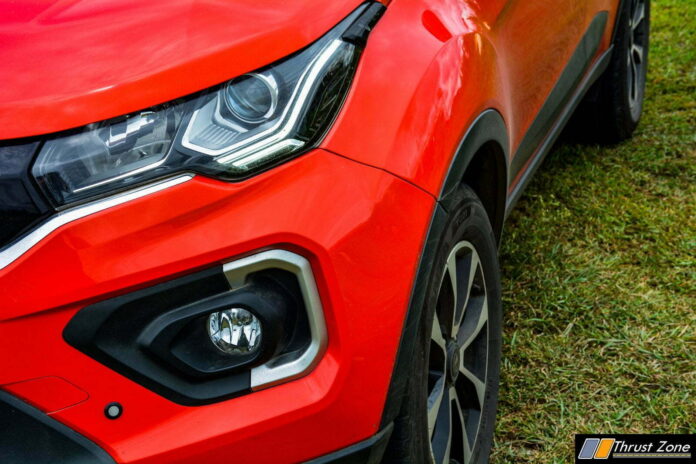 Tata Motors is doing some great things with its EV program but the company has not forgotten about ICE cars just yet. The Punch was a good example of Tata’s new capabilities but for those looking for something larger yet accessible, the company is reportedly developing a new model that will interest you. According to recent reports, Tata Motors is working on a new coupe-SUV that will arrive as an ICE and an electric model in the near future. The news should excite many as the upcoming model will be reportedly based on the Nexon but will be more comparable to the Hyundai Creta and KIA Seltos in size.

While details are not clear, the new model could be a result of the new electric mobility division at Tata Motors where the company has invested over Rs. 7500 crore towards EV development. The company plans to have 10 EVs on the road in the next five years. That’s why it seems, Tata wants to start on familiar ground and develop its next major EV on a familiar architecture.

With the Harrier being a mid-size offering and possibly too expensive in the electric avatar, a stretched Nexon platform seems to make more sense for the company. The report suggests that Tata is already working on more power and denser battery pack that is expected to debut on the Nexon EV later this year. It’s likely that the same package or possibly a better version will make it to the coupe SUV in the future.

It also makes sense for Tata to expand on the Nexon EV’s success. It is one of the best-selling India-made EVs on sale in the market. Reports further suggest that the upcoming coupe SUV will be about 4-3 metres in length. Interestingly, the idea of such a model dates back to 2018 when the company conceived a mid-SUV to rival the Hyundai Creta. The project was put on a backburner owing to the company’s financial struggles. 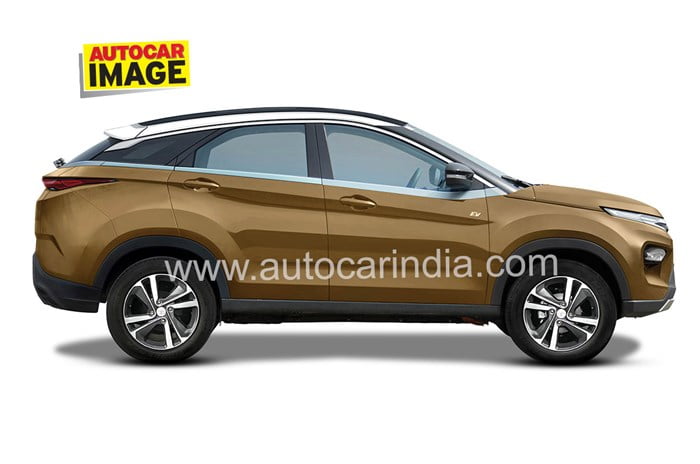 However, Tata Motors is now alive and thriving and the company is more confident of its new and future offerings. While the electric version has out attention, ICE lovers will be pleased to know that the model could also see the revival of the 1.5-litre turbo petrol engine that also put on the backburner by the company. The engine will suit the needs of a 4.3-metre-long SUV and could develop as much as 160PS. That’s more than the Renault Duster 1.3 turbo that develops about 156PS in the segment and is one of the more powerful options. Tata’s next option is the 1.2-litre turbo petrol that makes about 120PS on the Nexon. Meanwhile, the 1.5-litre diesel from the latter could be retained with its 110PS output. Although, it could get an upgrade too.

Compared to the Nexon, the upcoming Tata coupe SUV is likely to get a familiar design language with major changes only after the C-pillar. It will also sport a longer wheelbase, thereby liberating about 50 mm of more space between the wheels, while the boot will be larger too. The coupe design could mean a marginal compromise in headroom but it needs to be seen how cleanly Tata manages to incorporate the same in its design.

The Tata Nexon Coupe could arrive as an EV first and could pack as much 150PS and 300Nm. However, there are no official details on the same. The model is likely to use the 40kWh battery pack that will arrive on the Nexon EV soon. The Nexon Coupe EV could go on sale as early as 2023 while the petrol and diesel versions are likely to arrive in 2024.
In terms of price, the Nexon Coupe EV could be priced well over Rs. 20 lakh that will give Tata models between Rs. 12 lakh, Rs. 16 lakh and Rs. 20 lakh price points. The ICE versions though will be cheaper and could be priced between Rs. 12-18 lakh (ex-showroom). Expect to be a similar situation as the MG Astor and MG ZS EV. Tata is expected to showcase the Nexon Coupe as a concept first and we expect to learn more about it later in the year.