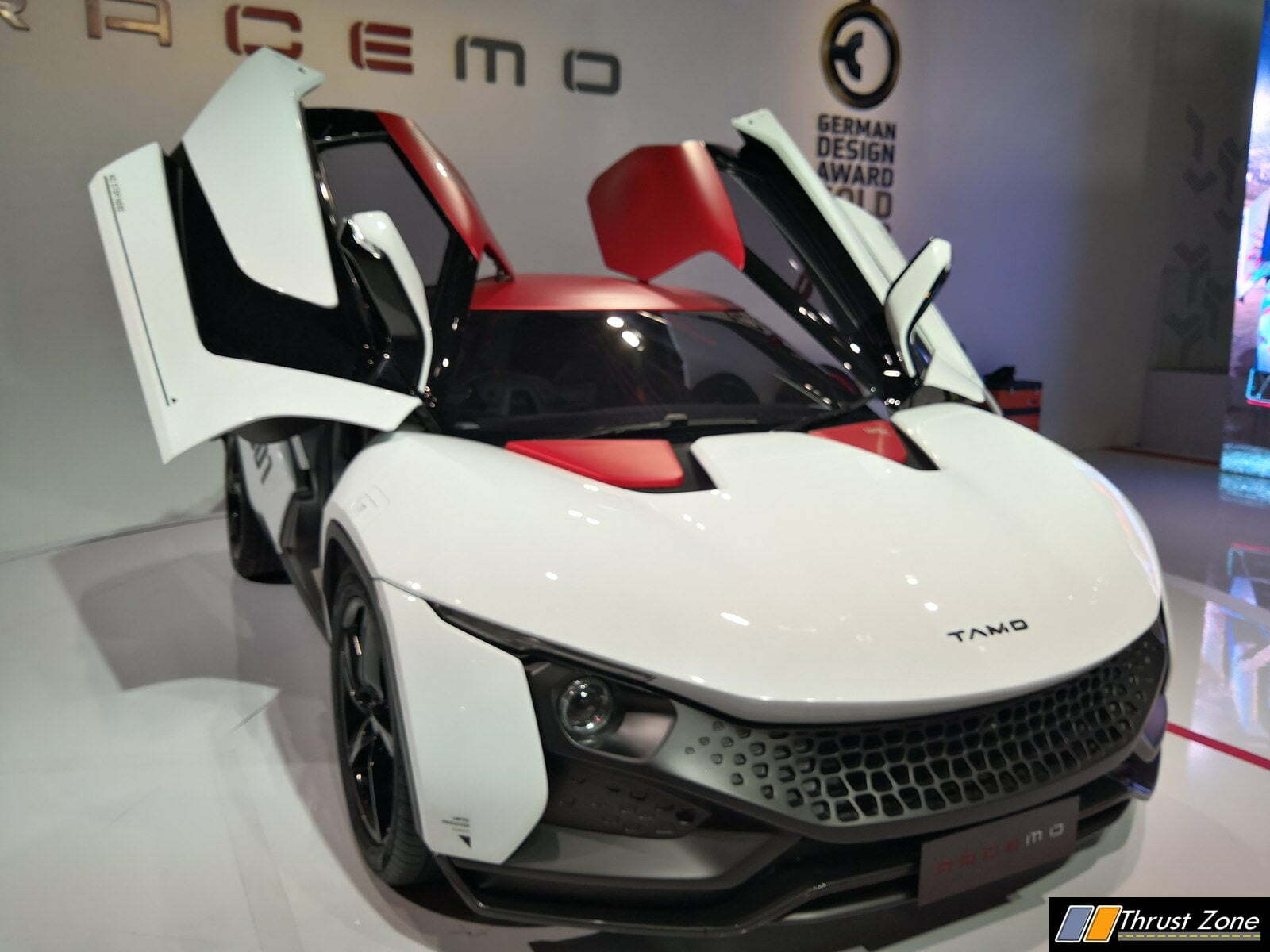 Tata Racemo Showcased At Auto Expo 2018 looks stunning and catches the attention of on goers in hoards.

With very few more days left for the 2018 Auto Expo to kick off, we can now confirm that the Tata Motors has brought in the Tamo Racemo sports-car to the show, where it is one among the royal cars exhibited at the ‘Performance Zone’ category. The two-seat, mid-sized engine, sports coupé was first unmasked at the Geneva motor show, during the year of 2017, and back then, it was displayed with a nominal 190hp, 1.2-litre, turbo-petrol engine. More interestingly, the Tata Racemo bagged the German Design Award in the Gold category for International Excellence in ‘Exceptional Product Design’, during the month of October, last year.

Also, in the Tata Performance Zone, there will also be display of the other sportier versions of the Tiago hatchback and Tigor sedan. The Tata has already tied-up with the Jayem Automotives last year to produce many more exciting models for encompassing a large number of customers. The very first fruits of the partnership, are the branded JT Special Vehicles Pvt Ltd, whose vehicles will be on display at the Auto Expo, just like the Tiago Sport and Tigor Sport. Tata has also mimed the design of the new performance models, which are all based on the manufacturer’s new Impact Design 2.0 philosophy. 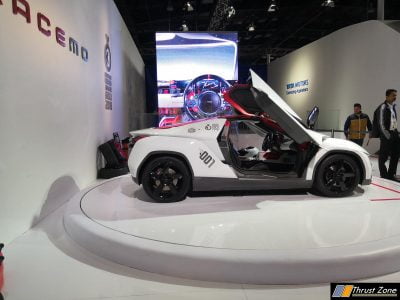 Apart from featuring a cool, sporty body kit and a comparatively lowered and revised suspension setup, with respect to the previous versions, the performance versions of the hatchback and the compact sedan are most likely to be power driven by the conventional Nexon’s 110hp, 1.2-litre, turbo-petrol engine which arrives teamed up with the very same six-speed manual gearbox. As of now, there is no information as to when the more focused versions will be going on sale in the global market. Yet, it is expected that the price of the Tata Racemo might be priced around 16 to 19 lakhs INR, and it is certainly believed that the vehicle will secure quite a good number of customers across the big blue marble.