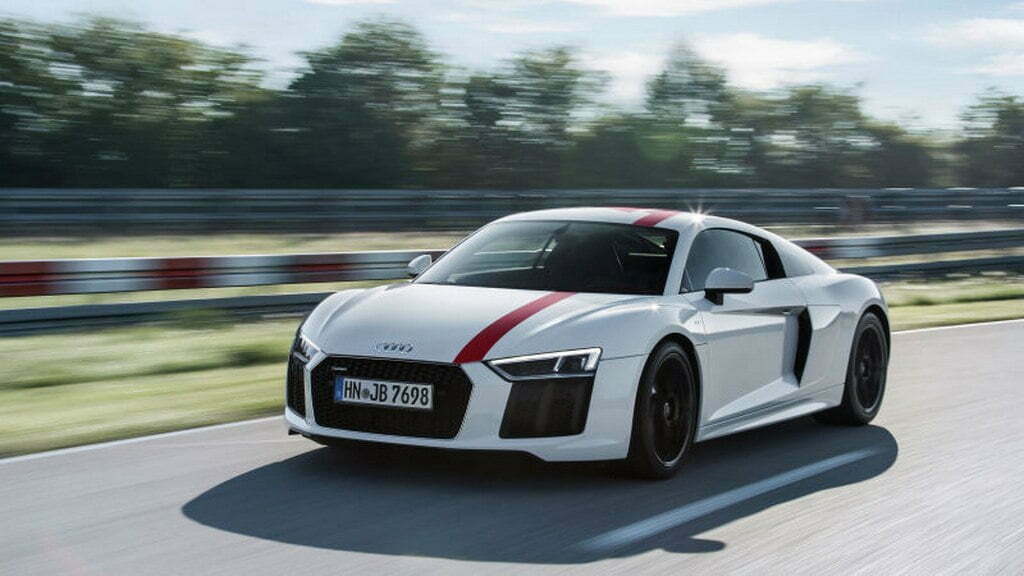 Time for some wheel spin action as the all new Audi R8 V10 RWS now comes in Rear Wheel Series and not the quattro system.

Rear wheel drive fans good news coming your way, as the all new 2018 Audi R8 V10 RWS is made especially for you. Audi has a long driven popularity of all wheel drive system known as the Quattro in all their mainstream cars as well as its supercars like the mind boggling R8. Audi has dropped the all wheel drive system on this one and instead, the hero car is going two-wheel drive. That’s what the RWS stands for Rear Wheel Series.

The all new R8 RWS is limited to 999 units for both coupe and spyder variants. The big boy toy will be built exclusively by hand at the Bollinger Hofe R8 factory. The drift machine carries a naturally aspirated 5.2-litre mid mounted V-10 engine which provides astonishing 540 bhp and 398 Nm of peak torque. at 6,500 rpm. The V10 is mated to a 7-speed dual-clutch automatic transmission.

The Germans claim that the coupe can sprint from 0-62 mph in just 3.7 seconds, while the spyder can get you there in 3.8 seconds. That’s really fast isn’t it ? top speed for the coupe is 198.8 mph and 197.6 mph for the droptop variant. The pricing has not yet been announced, the RWS should be the least expensive R8 you can buy when it goes on sale.

The R8 V10 RWS is clearly made for the purist, with specs such as: The Coupe weighs around 110 pounds less than the AWD V10, thanks to loosing components like the propshaft, clutch and center differential and the droptop model Spyder looses around 88 pounds. The suspension and handling electronics have been tweaked specifically for this model, in order to increase its driftability. 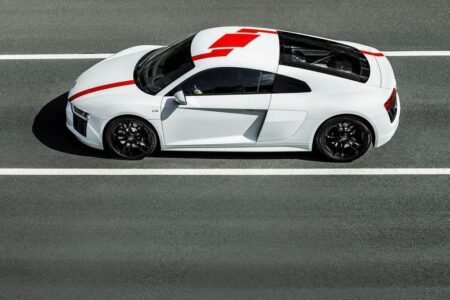 The R8 RWS sports matte black grilles in the front and rear, and a gloss black upper side blade (on Coupe models) with the lower blade finished in body color Which differs it form the outgoing R8 AWD model. An unusual side-swapping red stripe kit is also available to further set the design apart.

So technically does the Audi R8 V10 RWS have a drift mode ? The Chassis setup and control systems allow controlled drifts if the driver chooses ‘ dynamic mode’ in the standard Audi Drive select dynamic handling system and sets the Stabilization Control ESC to ‘Sport’. The ESC intervenes reliably at the limit. Inside, sport leather seats clad in Alcantara are standard and bucket seats are optional. The dash carries a serialized plaque which reminds you of being in a special edition model.