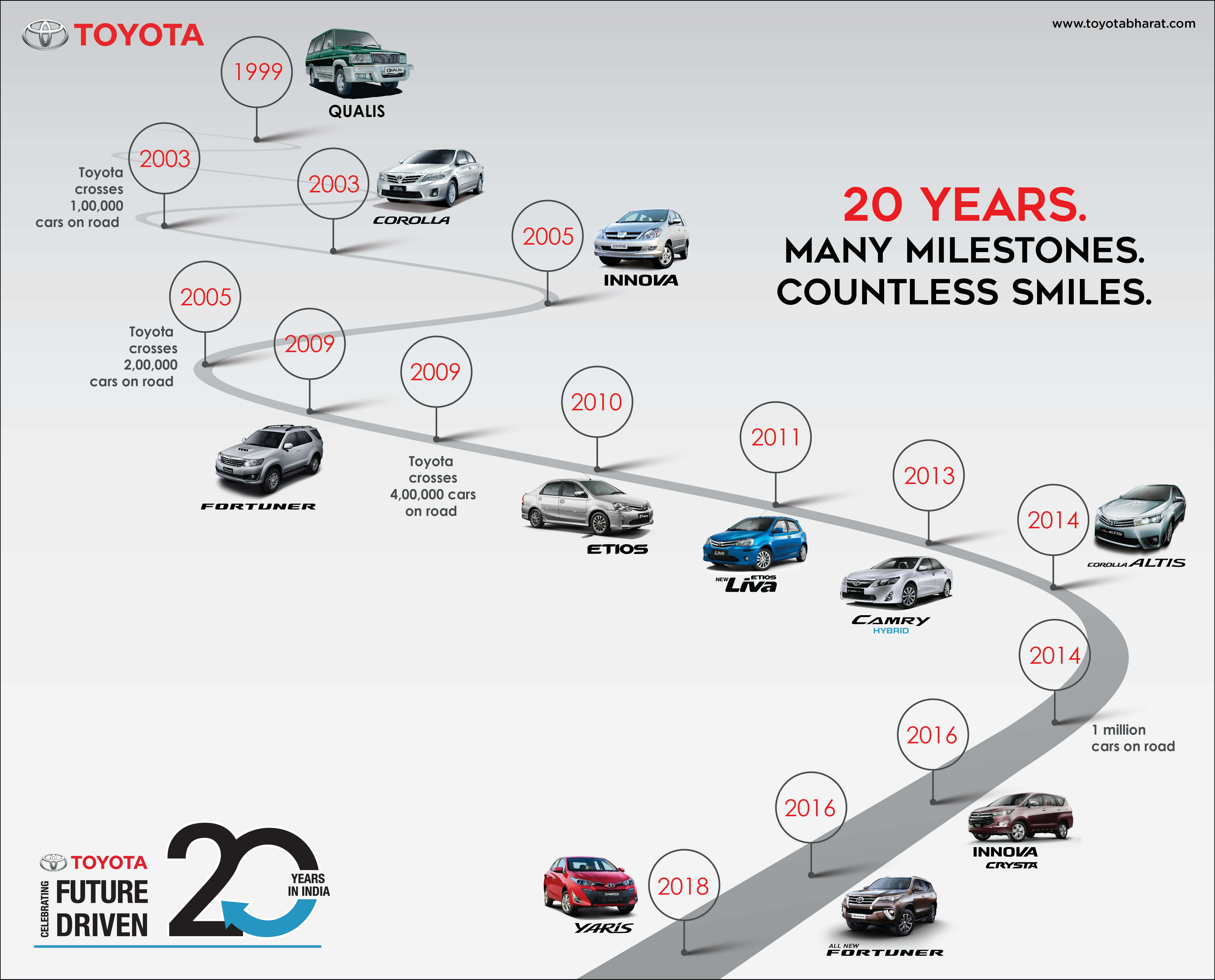 Since the launch of its multi-purpose vehicle the `Qualis’ in India in 2000. Launch of Toyota Camry in 2002’, ‘Launch of Corolla in 2003’, Launch of Innova in 2005, Launch of Fortuner in 2009, Launch of Etios in 2010, Launch of Innova Crysta in 2016 and Launch of Yaris in 2018. Toyota Kirloskar Motor launched TOYOTA CONNECT INDIA, in 2017 a smart phone application based connected services which caters to customer’s mobility & ownership needs in a personalized manner. TOYOTA CONNECT INDIA is a fully integrated cloud based connected service platform supported by a dedicated & specialized call center, Toyota’s dealer networks and service providers.

Toyota is the first auto manufacturer to have standardized airbags across all grades in all models in India in 2015. Further, ABS & EBD has been standardized [with the launch of new Platinum Etios & Liva, since Sep 2016], reinstating the importance of safety. With Yaris, Toyota Kirloskar Motor [TKM] has underpinned commitment to safety by being the first in the segment to offer 7 SRS airbags – (D+P airbags, Side airbags, Curtain Shield Airbags (CSA) and knee airbag) across all variants in the new Yaris in 2018.

TKM sources clean energy and adopts smart manufacturing systems towards Toyota’s ultimate global mission of ‘Zero Carbon Emission through various initiatives like adoption of reverse refrigeration system, centralized control of chillers, adoption of smart ACs, TKM has been reducing significant quantity of Co2 releases over the years. Recognising these efforts on reduction of emission in TKM’s manufacturing plant with key contributor being optimisation of renewable energy, TKM was recognised as a “Model Plant”.

TKM has established their Plant 2 with an ECO factory concept and implemented ECO friendly technologies like Servo press (40% energy reduction), Water based painting technology (Reducing VOC emission by 50%). Through its philosophy of “KAIZENS”, TKM drives continuous improvement in its environmental performance with active participation of employees in bringing the change. In FY 2018-19, 76% of the Water consumed in the Manufacturing Facility was recycled water and only 7% of fresh water was consumed. 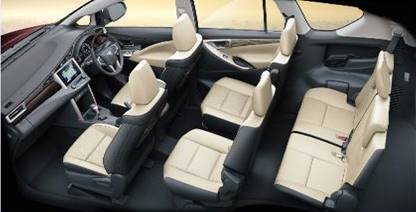 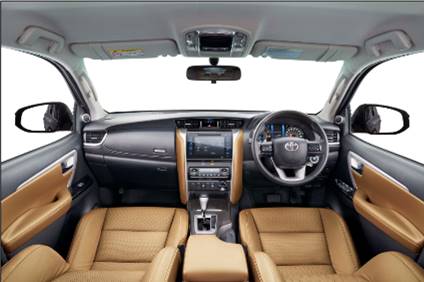