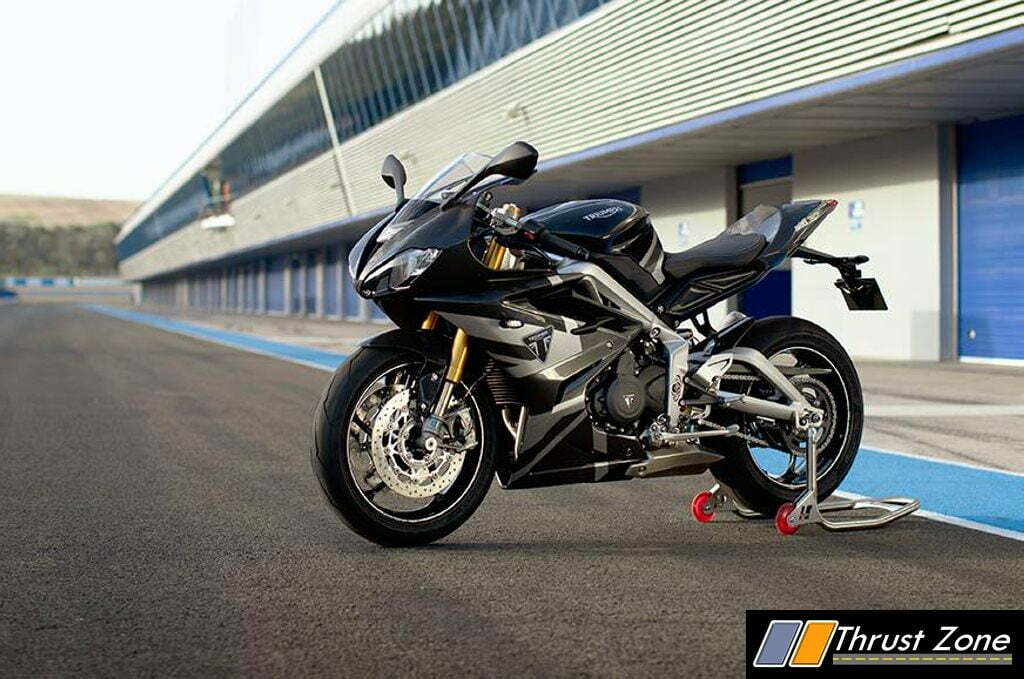 Bringing the legacy of Daytona back, Triumph Motorcycles has announced the launch of limited edition Daytona Moto2 765. The company produces only 1,530 units of this road-legal bike and as the name suggests, the motorcycle is inspired by Moto2 bike of the brand.

Daytona Moto2 765 comes powered by a 765 cc engine which is capable of putting out 130 [email protected],250 rpm and [email protected],750 rpm. The performance figures outclass the Street Triple RS not only in term of numbers but also in terms of rpm limits at which this performance is achieved. This has been made possible owing to a host of changes that Triumph has made in power train – use of high compression ratio, redesigned cam profiles, and stronger pistons. The gearbox features ratios which are particularly optimized for track performance and the bike is available with five different adjustable riding modes.

The Ohlins suspension system and Brembo brakes are a standard part of the equipment on Daytona Moto2 765 and the company has made concerted efforts to shed extra weight. Among others, the most significant decision which has reduced the weight of the bike considerably is the use of carbon fiber for bodywork. The launch of the Daytona Moto2 765 is the result of a specific project assigned to a small team in Triumph.

It is not like a typical model launch wherein the whole organization is involved in the process.
Priced at around Rs. 13.90 lakh (GBP 15,765), the Daytona Moto2 765 is quite an expensive buy though one can find solace in the fact that the bike comes in a fully-loaded avatar. There is no information whether some units of this limited edition bike have been allocated to India or not. This launch could be the last in the Daytona series and if that happens to be the case, then Daytona Moto2 765 deserves special attention.