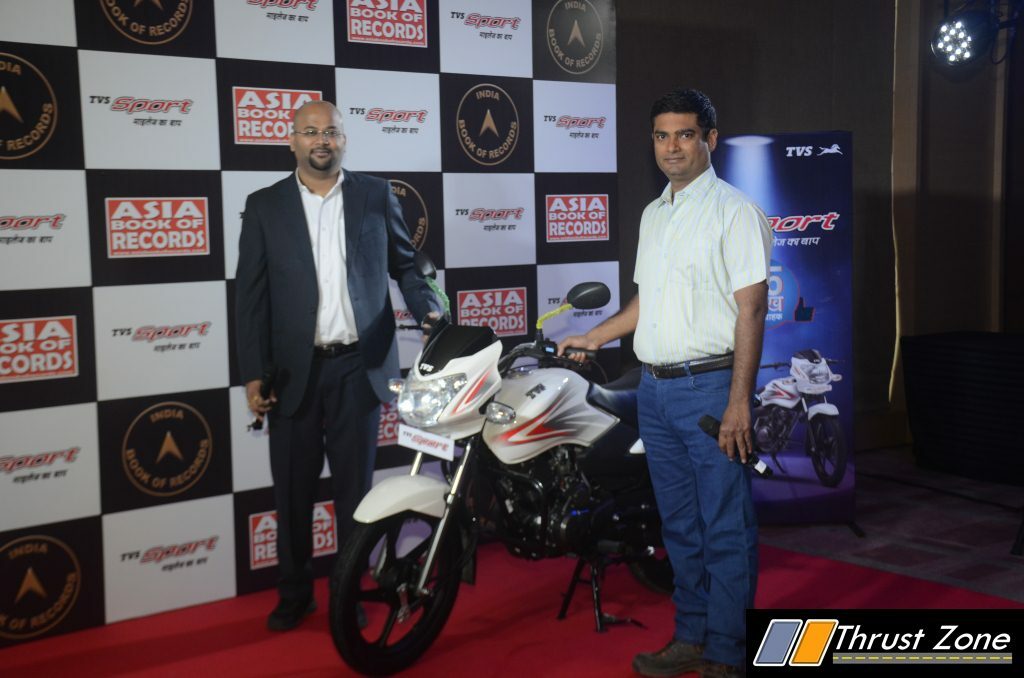 TVS Motor today crossed another milestone, as their 100cc motorcycle TVS Sport set a new record of ‘Highest Fuel efficiency delivered by a motorcycle on the Golden Quadrilateral’ in India Book of Records and Asia Book of Records. This feat was achieved by Mr. Pavitra Patro who completed the Indian Golden Quadrilateral. He chose TVS Sport as his partner to complete this record, owing to the trust the market places on fuel efficiency of this motorcycle. The ride saw Pavitra traverse 6,377 kilometers battling tough terrains and the surge of monsoon across the country to achieve the record with an on-road mileage of 76.4 kmpl.

The ‘Golden Quadrilateral’ connects India’s four major metros viz. Delhi in the north; Kolkata in the east; Mumbai in the west and Chennai in the south. Pavitra began his ride, astride the TVS Sport, on July 31, 2019 and concluded the ride on August 19, 2019 in a span of 20 days thus creating the milestone.

This ability is now acknowledged by Asia Book of Records and India Books of records as well. We congratulate Mr. Pavitra Patro for weathering the 20 days, 6,377 kilometers ride of the Golden Quadrilateral to achieve the highest on- road mileage recorded by a motorcycle. Our 25 Lakh TVS Sport riders deserve nothing less than TVS Sport’s world class performance, truly making it Mileage Ka Baap.” 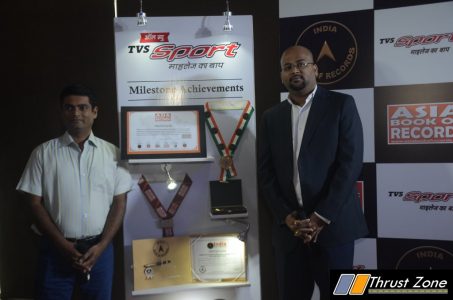 TVS Sport is a 100cc motorcycle with a Duralife engine which is mileage efficient. It is the only motorcycle in its segment that gives Econometer feature. TVS Sport comes with a sporty look due to the stylish design of its head lamp, tail lamp, and graphics. It comes with great five-step adjustable shock absorbers, which allows adjustment of suspension as per the rider’s requirement and gives them the most comfortable ride. The motorcycle is provided with a 5-year warranty as well thus providing assurance to its customers.