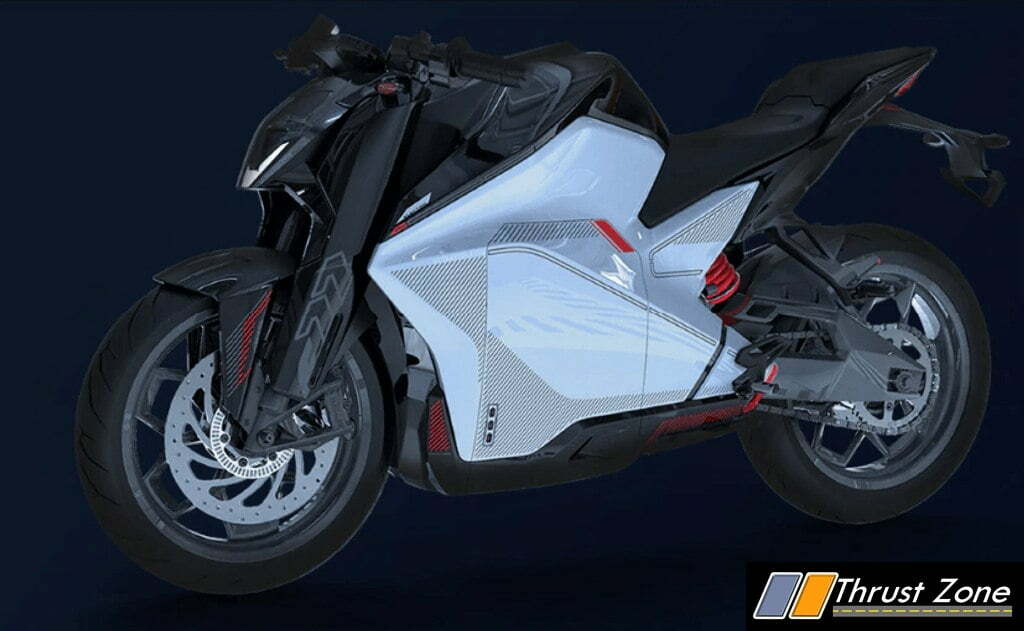 The Bengaluru based start-up- Ultraviolette Automotive has launched its very first E-bike. It’s called the F77 and will be available in three variants- F77 Lightning, F77 Shadow and the F77 Laser. The on-road price bracket is setup from Rs 3 lakh to Rs 3.25 Lakh. Back when the prototype was out in February 2019, there was not much information available on the project, but now the F77 is out in all its glory. This is the very first performance-oriented electric bike in the country and that spec-sheet certainly backs it up.

UltraViolette F77 Electric motor consists of a battery with 4.2kWh of maximum power that uses three slim lithium-ion battery packs. The standard charger takes around 5 hours to charge the battery completely and the fast charger takes around 1.5 hours to do the same. The F77 isn’t completely dependent on all three battery packs but the performance is better if all three are put to work. With one full charge, the bike can munch around 130-150 km.

The frame used for UltraViolette F77 Electric is a trellis frame with aluminium head underpinned by a set of USD forks and pre-load adjustable mono-shock. Braking duties are done by a 320mm disc at the front and a 230mm disc at the rear, dual-channel ABS included. The brake lines are steel braided to support the performance-oriented character and tyres are 110/70 R17 for front and 150/60 R17 for the rear. Added supporting bits include the bike’s kerb weight of 158kg and a seat height of 800mm. 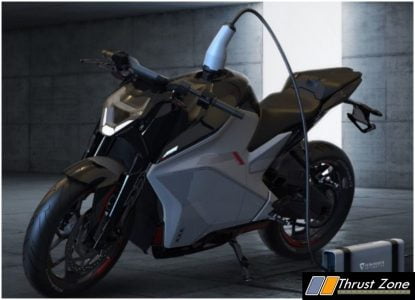 Other eye-catching features for the UltraViolette F77 Electric include a TFT display as standard with an app connectivity for a wide range of information and customisation. Ultraviolette has given out information about the app and states it to be the most intelligent systems on a motorcycle in India. For instance, the bike has a 9 DOF (Degree of Freedom) Inertial Measurement Unit (IMU) that allows the rider to gain information on power and torque consumption as well braking force and lean angle. Added elements on the F77 are the portable fast charger, crash guards, panniers and a separate visor. Registrations for the Ultraviolette Automotive F77 have begun and the deliveries will probably commence in Q3 FY 2020 with Bengaluru first in the list